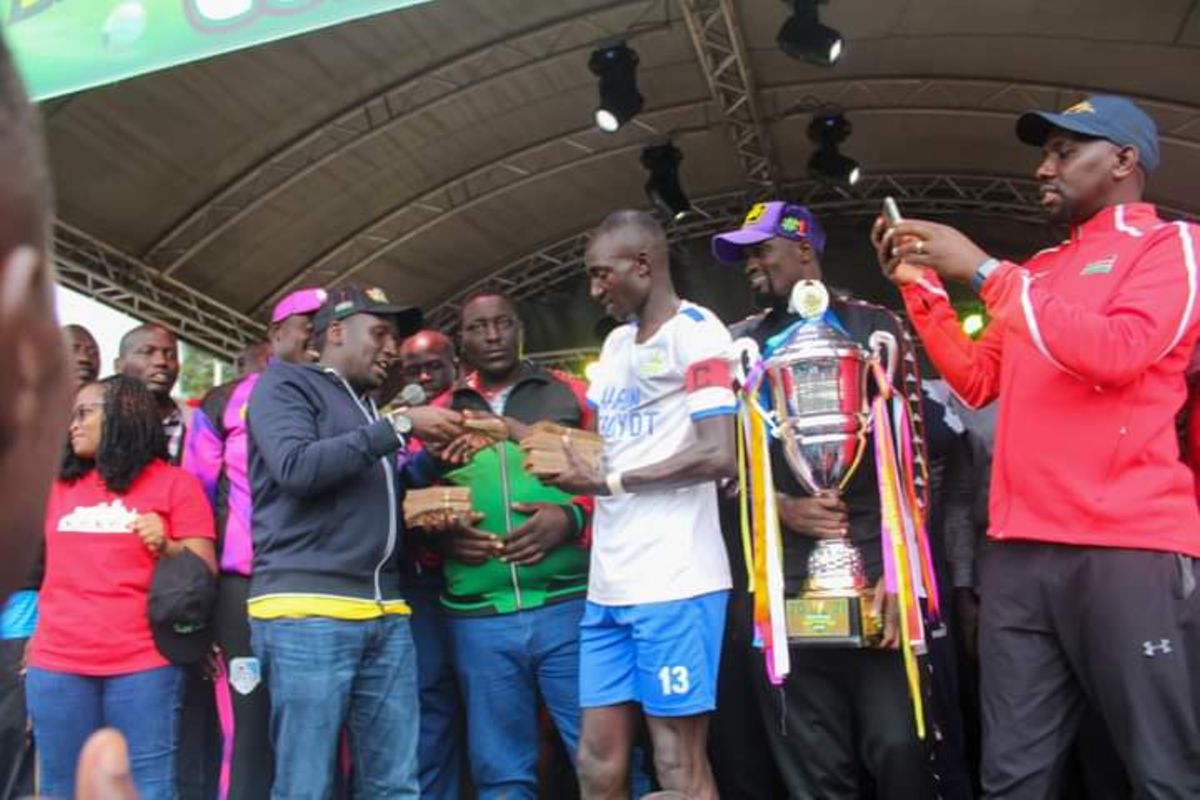 As Kapkatet FC plot their Senator Kiptoyot Cup title defence, skipper Boaz Odhiambo reckons that their eyes will not be on the Sh1 million prize money alone in this year’s edition.

Kapkatet, who beat International from Ainamoi Constituency on post match penalties in last year’s final, are among the 60 teams that have sailed through to the Sub County level slated for this weekend across various venues in Kericho County.

Speaking to Nation Sport, Odhiambo revealed that last year’s triumph against a well-oiled International FC side that boasted players from Kenyan Premier League sides Zoo and Vihiga United, was an eye-opener to them.

“We didn’t stand a chance in the final since International had top players but we gave our best and it paid off. We beat big teams along the way and four of our players were scouted by National Super League teams who have signed them for this season. They are now earning a living through football,” said Odhiambo, himself a beneficiary, having joined Silibwet Leons after their historic win.

Odhiambo notes that their title defence has already encountered stiff competition at the ward level and he expects even tougher opponents moving forward. However, they are not just playing for the title but want to give more players a breakthrough via this tournament sponsored by Kericho Senator and Senate Majority Leader Aaron Cheruiyot.

“Every team wants to beat us because we are the defending champions. This year’s tournament is more competitive but as Kapkatet, our dream is to give more players an opportunity to be scouted and launch their football careers.

“We remain grateful to Senator Cheruiyot for organizing this tournament since it has helped the youth to engage in sports and shun social crimes. Kericho is also a cosmopolitan county and this tournament also helps to unite the various communities living here,” observed Odhiambo.

A record 500 teams registered for men’s football category at ward level in this year’s edition but that number has since been whittled down to 60 which will play in the Sub County stage this weekend. Twelve teams will proceed to the county level in this category.

According to tournament coordinator Hillary Bii, the tournament – which is in its third edition – has contributed immensely to identification of raw (football and volleyball) talent from the 30 wards in Kericho County.

“Every year the tournament has grown in leaps and bounds. We have had more teams registering in both football and volleyball in every edition which shows the interest is growing. Senator Cheruiyot wanted to expose the youths to the big clubs and we are happy that this has been achieved after just a few editions,” said Bii.

“There is immense potential in sports in this region and we hope to make this tournament bigger in future so that the youth can have a reliable platform to showcase their talent every year,” he added.

We will use all means to end banditry, Ruto vows