The office of auditor general flagged Kenya medical supplies authority (Kemsa) for failing to declare that it was holding expired drug stock worth a whopping sh328 million in the year ending June 2021.

This happened as hospitals across the country grappled with shortages of drugs and other key medical supplies.

Cartels controlling operations at the agency are said to be behind a notorious trend that has forced Kemsa to supply hospitals with expired drugs.

Auditor-General Nancy Gathungu revealed in a damning report that Kemsa’s annual report and financial statements failed to show it had sh191.9 million worth of expired stock financed by Kemsa capital Fund. 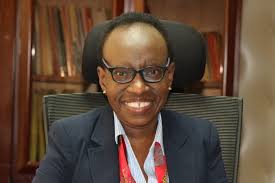 Another sh316.4 million worth of drugs were bought by third parties.

The report further states that the expired stock included sh124.5 million worth of Covid-19 medicines and supplies.

Terry Ramadhani is the current CEO at the corruption ridden government agency. She took over from an equally corrupt John Kabuchi who temporarily served in an acting capacity following the suspension of Jonah Manjari.