Blake Griffin and Chandler Parsons know how to do summer. The NBA athletes were spotted living it up on a yacht off the coast of Ibiza, Spain this week.

The ocean-dwelling venue also hosted a bevvy of female guests, some of whom put on a show as they twerked against the railing of the boat for the basketball stars.

Griffin has made a name for himself with the Detroit Pistons but he also has become famous for dating Vogue model and Keeping Up With The Kardashians star Kendall Jenner. 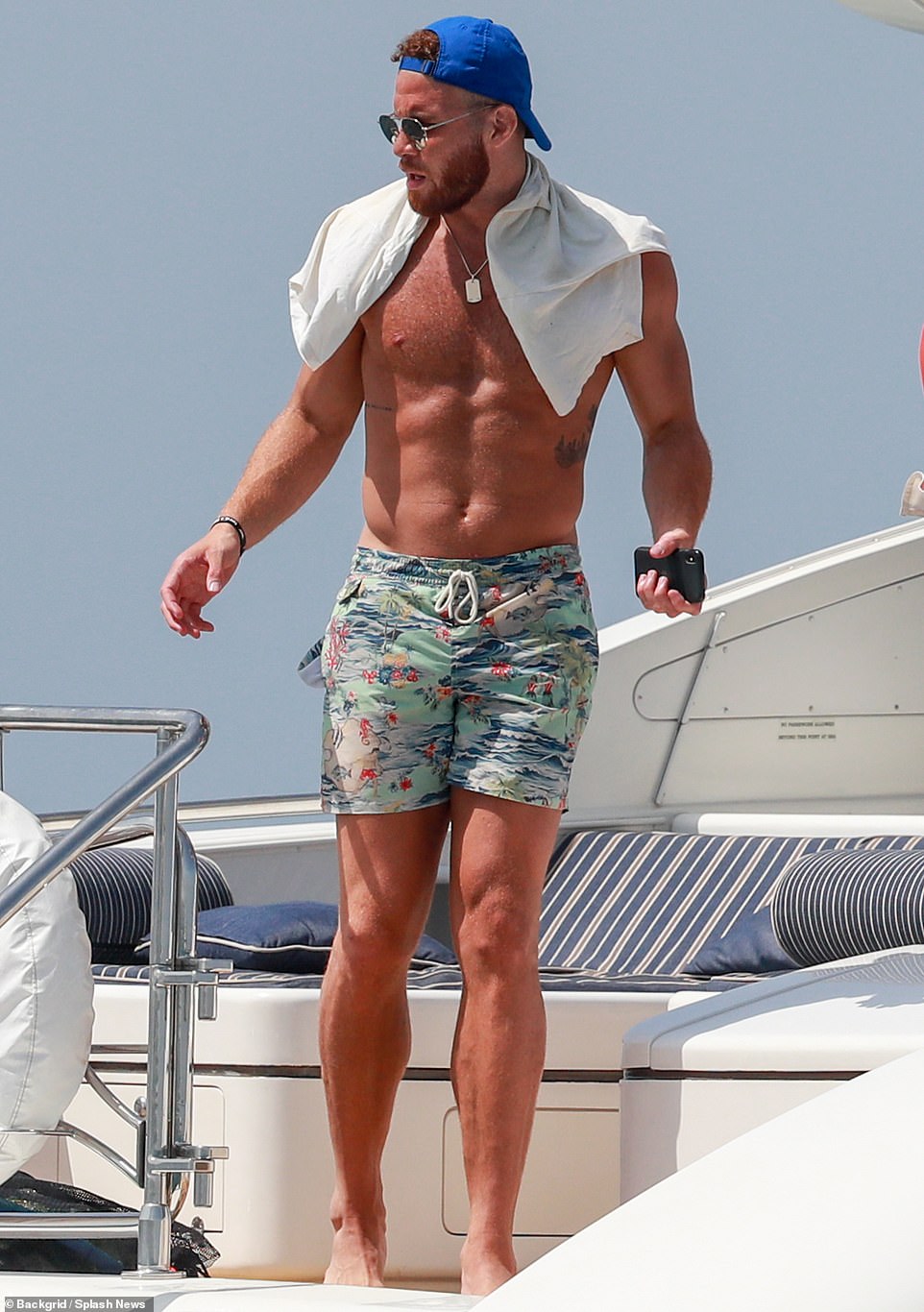 Although the pro ballers had some of their boys over for the celebration, the guest list was mostly made up of bikini-clad women.

The crowd could be seen dancing on the bow of the yacht as they sipped on glasses of champagne.

Griffin, 30, showed off for the ladies as he sat on the railing, holding his hands up like Leo in Titanic.

At one point, the power forward demonstrated his athletic prowess as he jumped off the edge of the boat into a backflip.

In more snaps, the 6’10 hunk was seen laying stern side, near the water, with a bikini-clad lady nearby.

He sipped more champagne and got some sun after doing some acrobatic flips off the yacht.

Blake kept it casual in his small shorts while off the coast of Spain.

Griffin sported a Hawaiian print bathing suit as Parsons, 30, went designer in a pair of Gucci trunks with a branded stripe down the side.

Last year, Griffin was dating Jenner, 23, who was frequently photographed sitting court-side at his home games when he played for the LA Clippers.

The couple split in early 2018, before Griffin moved to Detroit to play with the Pistons and Jenner moved on with Philadelphia 76ers point guard Ben Simmons, 22.