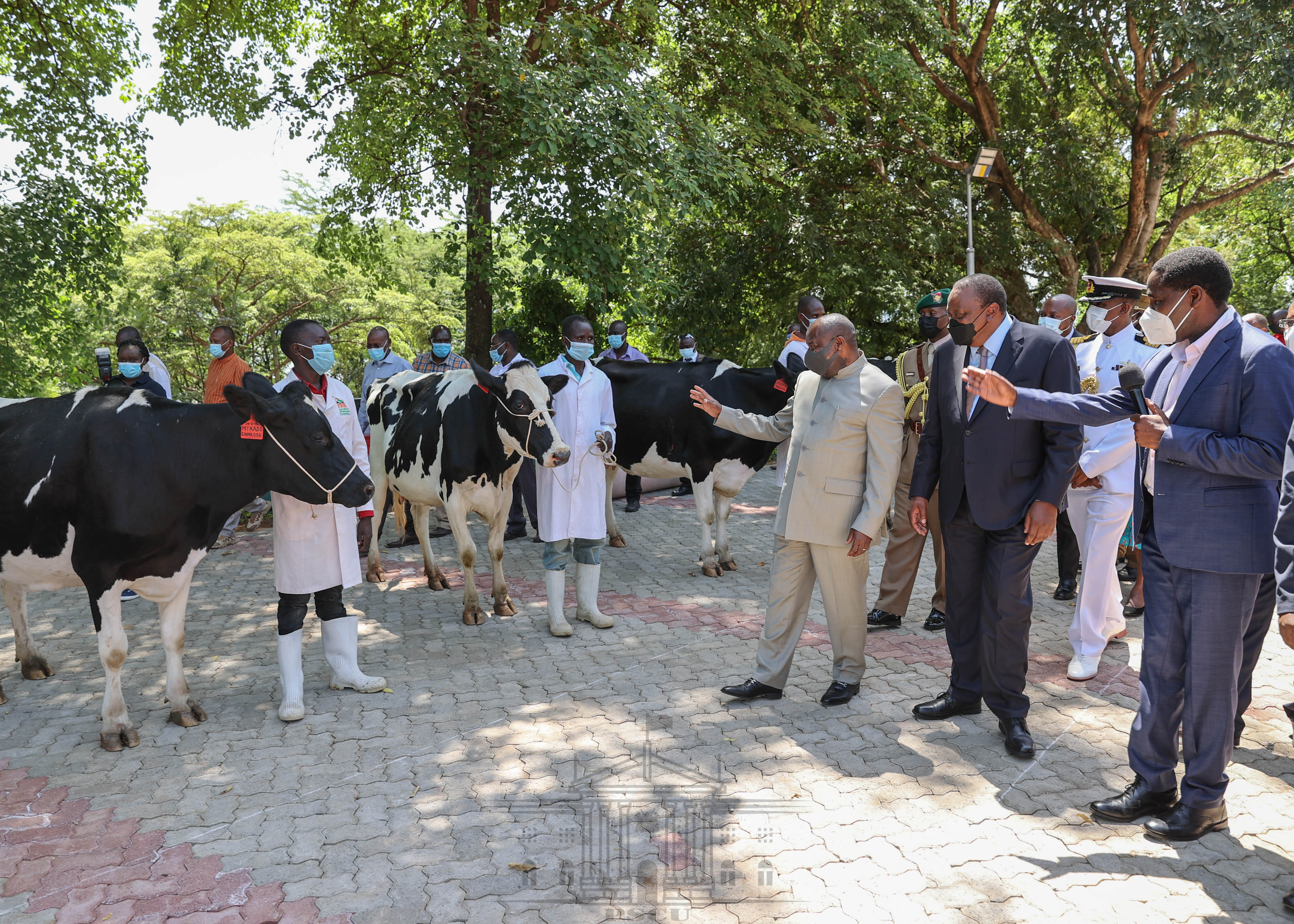 Kenya and Burundi have signed bilateral agreements on trade and investment to strengthen economic ties between the two East African Community member states.

The two leaders also directed their respective ministers to address bottlenecks and barriers inhibiting trade between the two countries, including the use of Lake Victoria as a means of transportation and livelihood.

The Presidents have also agreed to review the 2018 Joint Permanent Commission for Cooperation agreement to expedite the implementation of signed deals.

President Ndayishimiye is making his first State visit to Kenya since coming to office in June 2020.

He will be the chief guest at the Madaraka Day celebrations in the lakeside city of Kisumu on June 1.

President Kenyatta told a joint press conference that Kenya and Burundi had agreed to prioritise education in their post-Covid-19 recovery plans, and that the two countries would back the 4th replenishment campaign of the Global Partnership Education (GPE), which aims to raise at least $5 billion for investment in education.

He said there are enormous untapped business opportunities between Bujumbura and Nairobi.

“On regional cooperation, we exchanged views on various development matters in the East African Community (EAC); and reaffirmed our commitment to continue working together in championing the EAC integration agenda and the African Union Agenda 2063,” said President Kenyatta.

They also agreed to continue working together within the United Nations in advancing the common African agenda for integration and sustainable development.

Burundi is the current chair of the bureau of the United Nations Permanent Advisory Committee on Security Issues in Central Africa (UNSAC).

On his part, President Ndayishimiye acknowledged the role Kenya played in stabilising Burundi through international peace-keeping efforts, as well as through trade facilitation.

“We are enjoying the ties between our two countries both in investments and trade. I recall the role Kenya played in peacekeeping in Burundi and the facilitation of trade through the port of Mombasa, and Kenyan investors already working in Burundi,” he said.

The Burundi president arrived in Kisumu on Monday morning accompanied by First Lady Angeline Ndayishimiye. He was gifted 50 high-grade cows by his host after the talks.

Tigritude and the significance of a Black History...

An old enemy has returned to haunt democracy