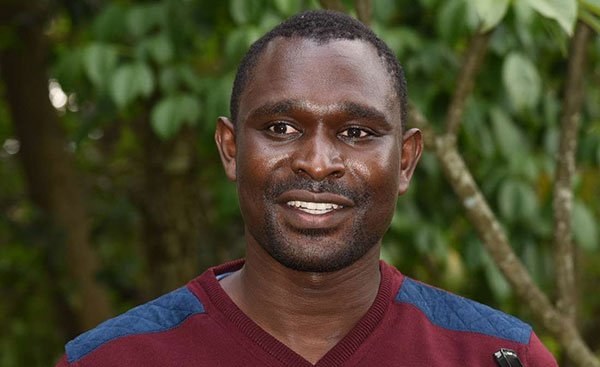 Olympics 800 metres champion David Rudisha has for the first time come out in public since being involved in a road accident along the Keroka-Kilgoris road on August 25, assuring his fans that he is well.

The 800m world record holder said he is doing well since the accident that saw his Toyota SUV written off.

Rudisha was speaking in Eldoret on Thursday during Kenya’s marathon team’s naming ahead of the 2019 IAAF World Championships to be held from September 28 to October 6 in Doha, Qatar.

Rudisha also thanked Kenyans who called him to wish him quick recovery after the accident.

“I thank my fans and friends who called me after I was involved in a road accident last week. Many people wanted to know if I was well and I thank God because I came out of the vehicle with only slight injuries. I’m now well,” said Rudisha, who was rushed to the hospital after the accident and was given a clean bill of health by doctors before being discharged.

At the same time, Rudisha refused to rule himself out of the 2020 Olympic Games in Tokyo, saying he will soon resume training after two years out with an injury, then make up his mind.

“I had a nagging injury but I will resume training soon, then make up my mind whether or not to defend the title I won in Rio de Janeiro in 2016,” said the athlete.

Rudisha said he has been attending gym sessions, and his body was responding well.

“I’m looking forward to competing again, but I’m aware there are upcoming athletes who are doing well in 800 metres.

“Age is also another factor I have to consider, but I will still work hard to get back to the track,” he said.

Rudisha was happy that in his absence, upcoming athletes have stepped up to represent Kenya well in the two-lap race despite a stiff competition globally.

“In my absence, other upcoming athletes have been doing well. I admire their hard work because they have been represented the country well in the race,” he said.

Rudisha asked 800m athletes who will be named in Team Kenya to work extra hard to deliver the medals in Doha.

Kenya’s 800m team will be named during trials that will be held from September 12 to 13 at the Nyayo National Stadium in Nairobi.

Already, the men’s 10,000m athletes have been selected. They are World Under-20 10,000m champion Rhonex Kipruto, Rodgers Kwemoi and Alex Oloitptip.

‘My bumbum is all-natural, no Botox,’ says Nadia Mukami