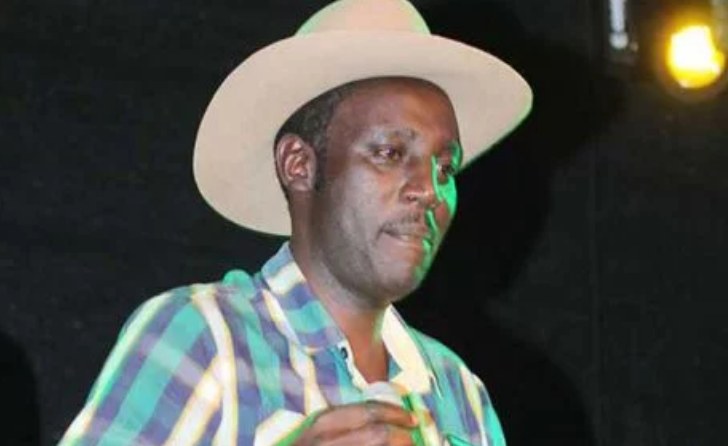 The late Kikuyu Benga musician John Mwangi Ng’ang’a, popularly known as John DeMathew left a message to Mt Kenya region and to the upcoming musicians ten minutes before he met his death on Sunday when his car rammed a lorry.

DeMathew, who spoke shortly after conducting a fundraiser in aid of fellow musician Petr Kigia’s sons at Metro Fill club in Thika town, urged the upcoming musicians to humble themselves and unite in order to succeed in life.

In an audio recorded by his friends, DeMathew stressed on the need for unity and humility amongst musicians.

The popular artiste, who is also regarded by many as the Agikuyu seer and prophet, urged Mr Kenya region not to be deceived to reject proposed changes in the Constitution to pave way for the establishment of a prime minister’s position, saying the seat does not belong to ODM leader Raila Odinga but to all the communities in Kenya, central Kenya included.

“The new upcoming artistes must humble and unite to grow and learn how to interact with each other so that they can succeed in their later life. In politics, I urge the community not to be deceived that the position of prime minister belongs to ODM party leader Raila Odinga. It can also be taken by any other community and it is good for peaceful coexistence after the presidential election,” DeMathew said.

He added that should Mr Odinga clinch the proposed premier’s seat, a time for him to leave would come where other leaders from other communities would clinch the position

“Even if Mr Odinga gets the premier’s seat, he will come and go but the seat will belong to other communities. We should understand that the system we want for the country is for cohesion to prevail and we must ensure that we establish the prime minister’s position to avoid the winner-takes-it-all situation and to avert post-election violence.

“Today its Raila who is protesting over the presidential election, tomorrow it will be Mr Kalonzo (Musyoka) and the next day it will be Mr Kenyatta. The (prime minister’s) position is good for the country,” he said.

He added that if that will be done, peace will prevail and the Agikuyu traditional ceremonies like circumcision of boys and other meetings will be peaceful.

One of his closest friends, Mr Gilbert Maina alias Maina Baba, said they did not know that he was bidding them goodbye when he talked to them about the issues.

“He insisted on the two main issues – about upcoming artistes and the debate on a referendum – and we did not know that those were his last words. Ten minutes after leaving us at the venue, we received the sad news of the tragic accident,” Mr Maina told the Nation.

He added that DeMathew was jovial and excited since Saturday, something he found unusual about the musician.

“He has not been talkative but since Saturday, he had developed excitement which we could not tell where it came from. In fact, during the harambee, DeMathew even greeted everybody and took over the ceremony despite his shy character. It is like he knew he was leaving us for good,” Mr Maina said.

DeMathew’s producer Thomas Ndegwa alias Ndegwa Wa Gatiti said the musician had about 15 songs which he was planning to release this year.

On Monday, the funeral planning committee visited his Mukurwe home in Gatanga, Murang’a County and announced that DeMathew’s two wives had agreed to cooperate to give their husband a descent send-off.

The committee’s chairman Muheria Kairuki said the two wives – Sarafina Wairimu and Caroline Waithira – would be informed of everything that will be done during the planning of the burial ceremony. He added that a post-mortem examination will be done Tuesday.

Leaders from across the country led by President Uhuru Kenyatta have mourned the artiste as a brilliant one who played a big role in promoting the African cultural heritage.

Victor Wanyama: Midfielder’s future at Tottenham in doubt as he struggles for game time ▷ Kenya News

Here Are The Most Annoying Habits Of Kenyan Celebs