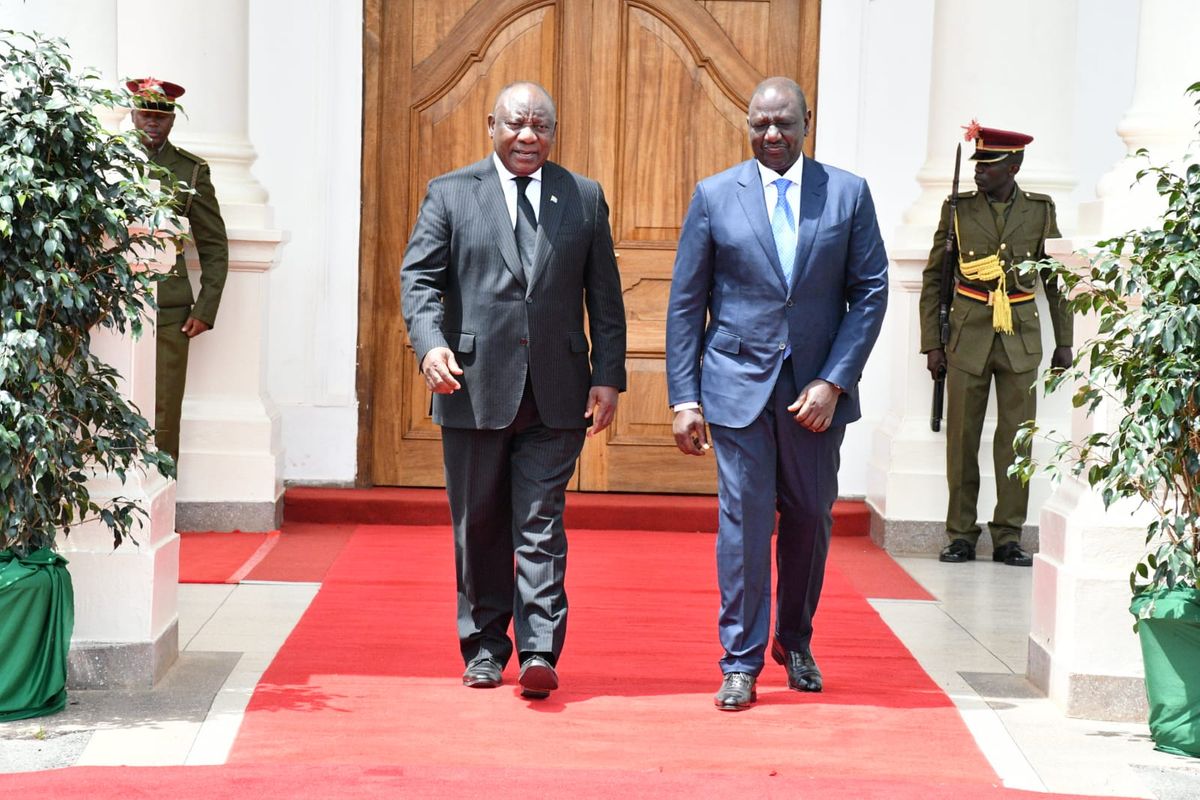 The bilateral trade talks that culminated last Wednesday in Nairobi between Kenya and South Africa, led by Kenya’s President William Ruto and his South Africa counterpart Cyril Ramaphosa, is a substantial milestone that is in tandem with the African Continental Free Trade Area (AfCFTA) agreement that was signed in March 2018 at the African Union Summit in Kigali, Rwanda.

Closely following the July launch of Facilitated and Guided Trade Initiative, whose aim was to reinvigorate trading under the AfCFTA, the Kenya-South Africa initiative gave an opportunity to captains of industry to showcase their products. Kenya came out strong on teas, avocado and coffee as well as inter-country meat import/export.

It was also an opportunity for the hosts to leverage on the industrial expertise of South Africa in the housing industry. That plugged into Kenya’s desire to construct an initial 200,000 housing units in the informal settlements, which is a key component of the manifesto of the Ruto administration.

Notably, the two countries agreed on a visa-free regime for 90 days a year, which corresponds to the Protocol on the Free Movement of Persons.

The period will inform future decisions on movement restrictions or otherwise amongst the two countries and the region. It is noteworthy that Kenya and South Africa are among the biggest economies in the continent and the bilateral engagements will catalyse related trade deals amongst other nations.

To realise substantial output from this bilateral engagement, however, the two partner states will have to address the challenges that have in the past hindered comparable efforts in regional integration.

The two heads of state underscored the need to review tariff and non-tariff barriers hindering the effective realisation of trade integration; more particularly sanitary and phytosanitary measures, resulting in import and export restrictions, put in place to preserve the health of humans, animals and plants that could easily be abused for purposes of market protection rather than the health and welfare for which it was intended. Instead, they should be enhanced not to obstruct legitimate trade among member states.

There is no doubt that this trade agreement will have the attendant benefits in facilitating economic and political development of the two countries and the region as a whole, resulting in sustainable development, increased regional trade and the resultant sound governance frameworks amongst member states.

That is a step in the right direction, no doubt.

The Changing Industrial Workforce And Its Impact On...

Chebet Ronoh hoping to find her phone among...