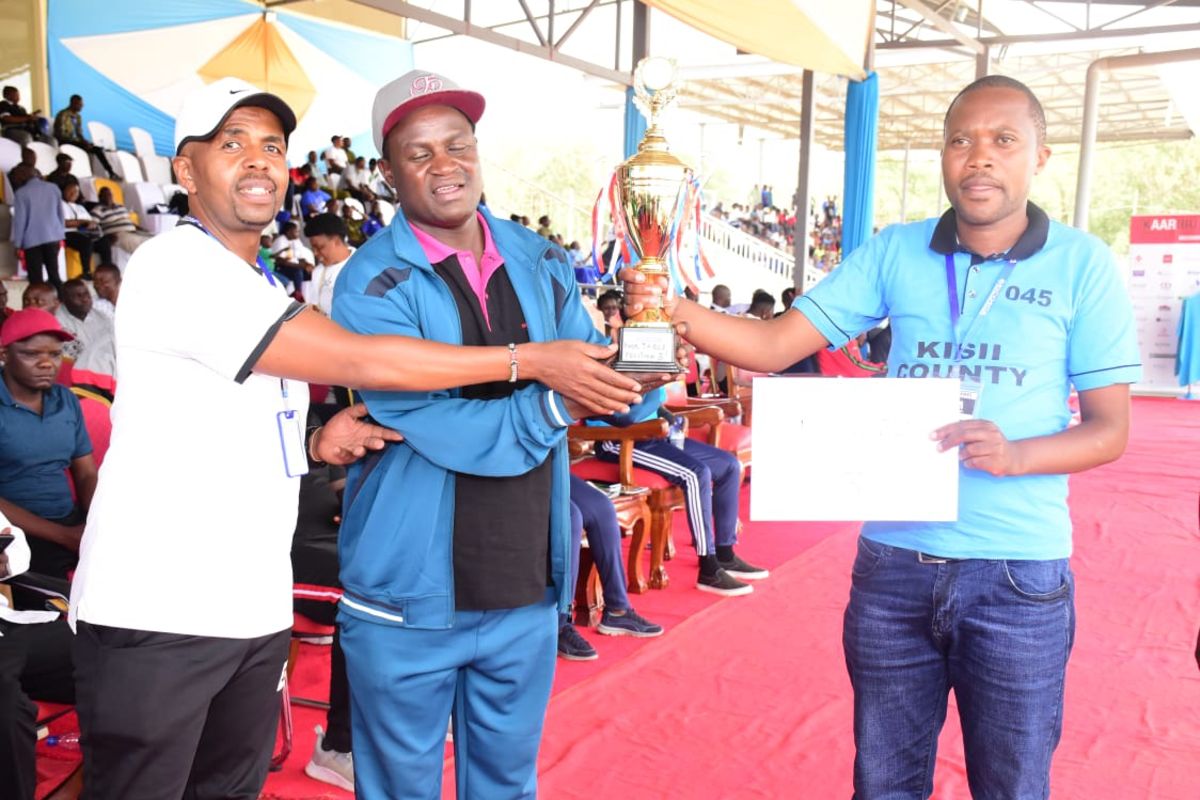 Kisumu, who were the hosts also retained second position after they amassed 18 points while Bungoma garnered 14 points to finish third, a position that was being occupied by Uasin Gishu County.

The games attracted teams from 32 counties and the Ministry of Devolution which took part in various sporting disciplines including; basketball, football, netball, volleyball, snooker, scrabble, pool, table tennis and athletics. Other games were handball, draught and golf.

Kisumu governor Anyang Nyong’o, who was the chief guest during the closing ceremony attributed  the success of the event to teamwork, attention to detail and involvement of local stakeholders in the planning process.

“We were granted hosting rights in October leaving us with little time to prepare. In spite of the short notice, I am proud we were able to deliver thanks to teamwork and involvement of all county government departments,” said Nyong’o.

“From hosting major events in the past, we have learnt the value of attention to detail and involvement of all government departments,” he added.

The Games were officially opened on Monday by the Cabinet Secretary for Sports Ababu Namwamba at Jomo Kenyatta Stadium.

During the opening ceremony, Namwamba commended the county governor for improving the stadium and other sporting facilities across the region.

Kicosca secretary general Hamphrey Kangea noted that this was the best edition of the games so far.

“We did not experience major problems. I commend my team for a job well done,” said Kangea.

Kennedy Wandiri scored two goals while Alloys Mangi netted home the winner for the champions. Moses Anyango scored the lone goal for Busia. All the four goals were scored in first half.

Coached by experienced tactician Victor Ochakala, Busia will only have themselves to blame after wasting several golden scoring chances.

“After beating teams that were poised to take the crown, my hopes of clinching the title increased. I then advised my players to be composed and the plan worked,” said Kakamega head Coach Hesbon Nyabinge after the match.

His Busia counterpart Victor Ochakala blamed their loss on poor finishing by his strikers but praised his side for a spirited fight.

“Our opponents scored through  lapses in our defense. But that is football, we accept the results” said Ochakala.

Kakamega qualified for the final on Friday after beating Nakuru 1-0 in the semi-finals while Busia also defeated West Pokot by a solitary goal.