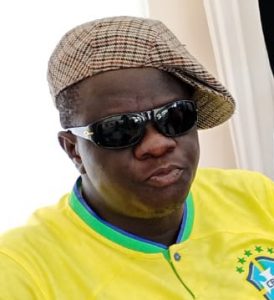 A Kisumu journalist Agwanda Saye Erasto has written to the National Police Service Commission, the Inspector-General of Police, the Office of the Directorate of Criminal Investigations and the Director of Public Prosecutions asking for their intervention to help him get back his two mobile phones detained by police.

This is after making several fruitless trips to Kisumu county criminal investigations office where a one Francis Wanjau has refused to respond to any of his letters.

He claims his two phones were confiscated on November 25 2020 by an officer in charge of crime at Kisumu Central Police Station a one Lina who told him that she had been instructed by Kisumu Central subcounty DCIO David Shichangi, former Kisumu county CCIO Stephen Chacha and Nyanza regional police commander Karanja Muiruri to take the communication gadgets. 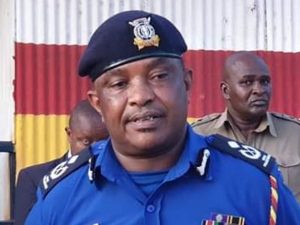 Mutinda confirmed in his letter to him that he had received a duplicate file from the CCIO which he perused, and had given directions.

Agwanda says despite making several trips to the office of the CCIO, nothing is forthcoming as the officer has refused to see him since January 2022 to date, something that led him to write to the officer on September 7 2022.

He went on to detail to him under what circumstances his phones were taken allegedly on the orders of the RCO, CCIO and SCDCIO through the OC crime, and attached all the documents in regard to the issue.

Agwanda said no reply came from CCIO Wanjau hence he engaged lawyer Oduor Ibrahim who wrote to the CCIOP on September 7 2022.

The matter had also roped in the office of Internal Affairs Unit of the National Police Service through its then director Mohammed Amin with a letter dated December 3 2020 written to Nyanza regional office. 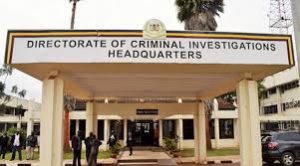 “The complainant is alleging that he is unable to work as the phones contain his research projects as well as his personal information. In light of the foregoing, you are requested to expeditiously investigate the matter and forward us your findings and recommendations within 14 days on receipt of this letter to enable us forward a status report to the Inspector General,” said Amin who is now Director of Criminal Investigations.

Amin summarised the letter by saying that by a copy of this letter the complainant (Agwanda) was advised to visit his office and assist in the Investigations.

Agwanda says that on 21st December 2020 he was summoned by a lady Police officer attached to the office of the Director of IAU Headquarters and asked to go, and see the then Director of IAU Amin for a statement recording over the issue