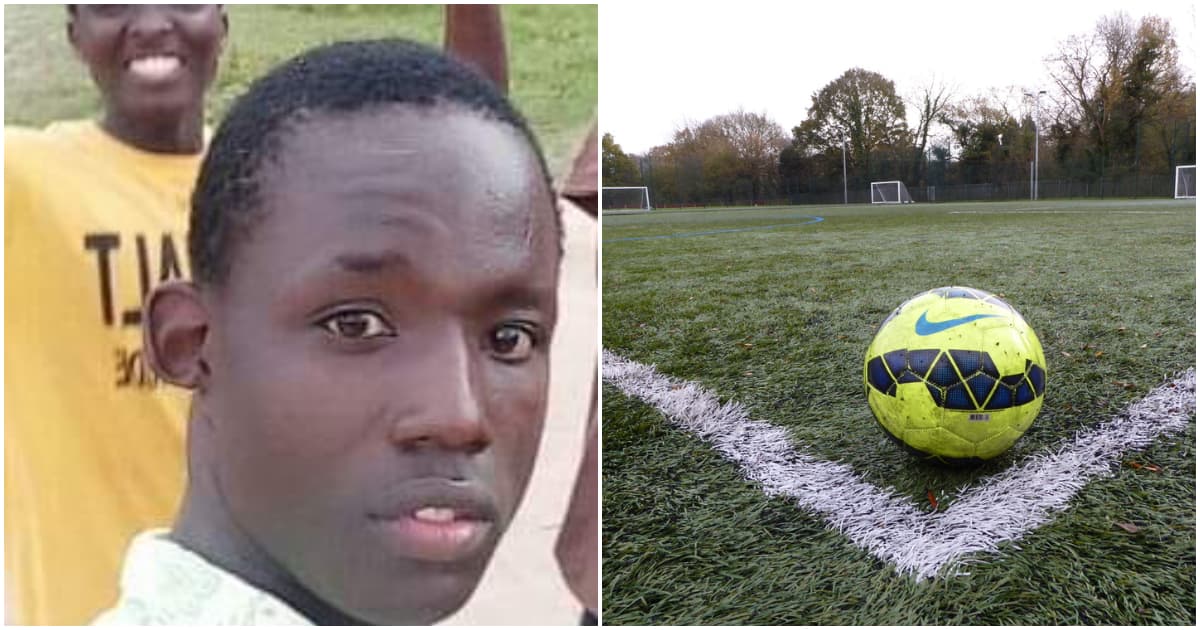 – He was a Form Two student at Kisumu Boys High School

The football fraternity in Kisumu has been plunged into mourning following the passing on of a 16-year-old promising player.

Moses Ayoo Awuoth is said to have have died shortly after collapsing during a local football tournament hosted at Ragumo Primary School in Kisumu.

READ ALSO: Victor Wanyama to fight for place at Spurs after failing to seal summer exit

According to Citizen Digital, Awuoth had a convulsion after their game with Renja Football Club on Sunday evening, September 1.

Rae Green Stars FC who Awuoth turned out for revealed the teenager fell unexpectedly, before being rushed out of the pitch to receive first aid.

“The young boy fell during the play-off and we administered the usual first aid. When efforts to resuscitate him failed, I then decided to rush him to hospital,” the club’s coach Hesbon Otieno was quoted saying.

“We still have no clue on what might have caused the death, it is disheartening to have a promising player die in such a manner,” he added.

With his condition failing to stabilise, the Form Two student at Kisumu Boys High School was rushed to Wema Hospital in Nyamasaria but was pronounced dead on arrival.

The deceased has been an active player at Rae FC where he has grown through the ranks, and his body has since been transferred to Kisumu County Hospital.