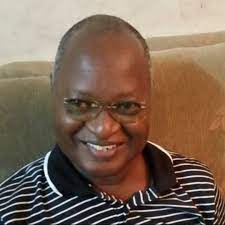 Trouble is brewing at Kenya Ports Authority Pension Scheme as
employees accuse trustees of plotting to sell the scheme’s assets that include houses currently occupied by some of them.
The employees who double up as tenants rejected the move by the
KPA pension scheme leadership and trustees to sell houses belonging to the scheme to outsiders. The cartel has been going round the country targeting KPA retirees. They want to sell at a throw away prices without proper approval, workers say.
The employees who spoke on condition of anonymity said the
trustees have colluded with power barons to sell the assets, including houses, at throwaway price and then evict those occupying them.
They added that the trustees have been going round the country on the pretext of educating KPA retirees on what they plan to do to boost their pensions but the truth is that they plot to sell their houses.

They said the trustees have been giving those attending Sh500 as lunch and then asking them to sign forms.
The employees said the trustees are using the forms signed by the
retirees to prepare minutes showing that they have approved the sale of KPA pension scheme assets.
They listed those behind the scheme as Salim Chingabwi, Conrad
Thorpe, Yobesh Oyaro, Daniel Ogutu, Moses Otieno, Maurice Munyao and Stephen Kyandih the secretary.
The elected trustees are Mugambi Violet, Muthwii Paul and Malumbo Ferdinand.
The trustee have been camping in Nairobi to meet ministry officials.
The employees said the disposal of the assets is questionable since it is being done at throwaway price and without their approval.
The tenants said they are also members of the scheme and have been paying rent which was much below the market rate. The prime assets are located in Nyali, Tudor, Kizingo and Mombasa CBD.

In Nairobi they are located Siwaka off Ole Sangare Road.
Recently, 23 employees living in houses owned by scheme wrote to
parliament and the Ethics and AntiCorruption Commission seeking to stop the sale of the properties.
KPAPS is one of the private pension schemes operated by the
Kenya Ports Authority.
The 23 tenants contested the sale of the houses by the scheme’s trustees to Siwaka estate in Nairobi.
The families wanted the parliamentary committee for lands
and settlement and EACC to stop registered trustees of KPAPS from transferring management of its assets to real estate agents.
Two years ago, top managers and a former director of KPA were charged with fraud.
The officials were accused of swindling KPA Retirement Benefit
Scheme of Sh700 million. Those accused included KPA head of audit Fredrick Oyugi, a former chief administrator for the scheme Maurice Amahwa, former Dock Workers Union shop steward Renson Juma and former KPA director Joy Mudavadi alias Joy Asiema.
Also enjoined in the case were KPA scheme trustee Joan Karema,
businesspeople Jane Karanja and Ephraim Rwingo as well as staff from Selina Consultant Company and Kikambala Development Company.