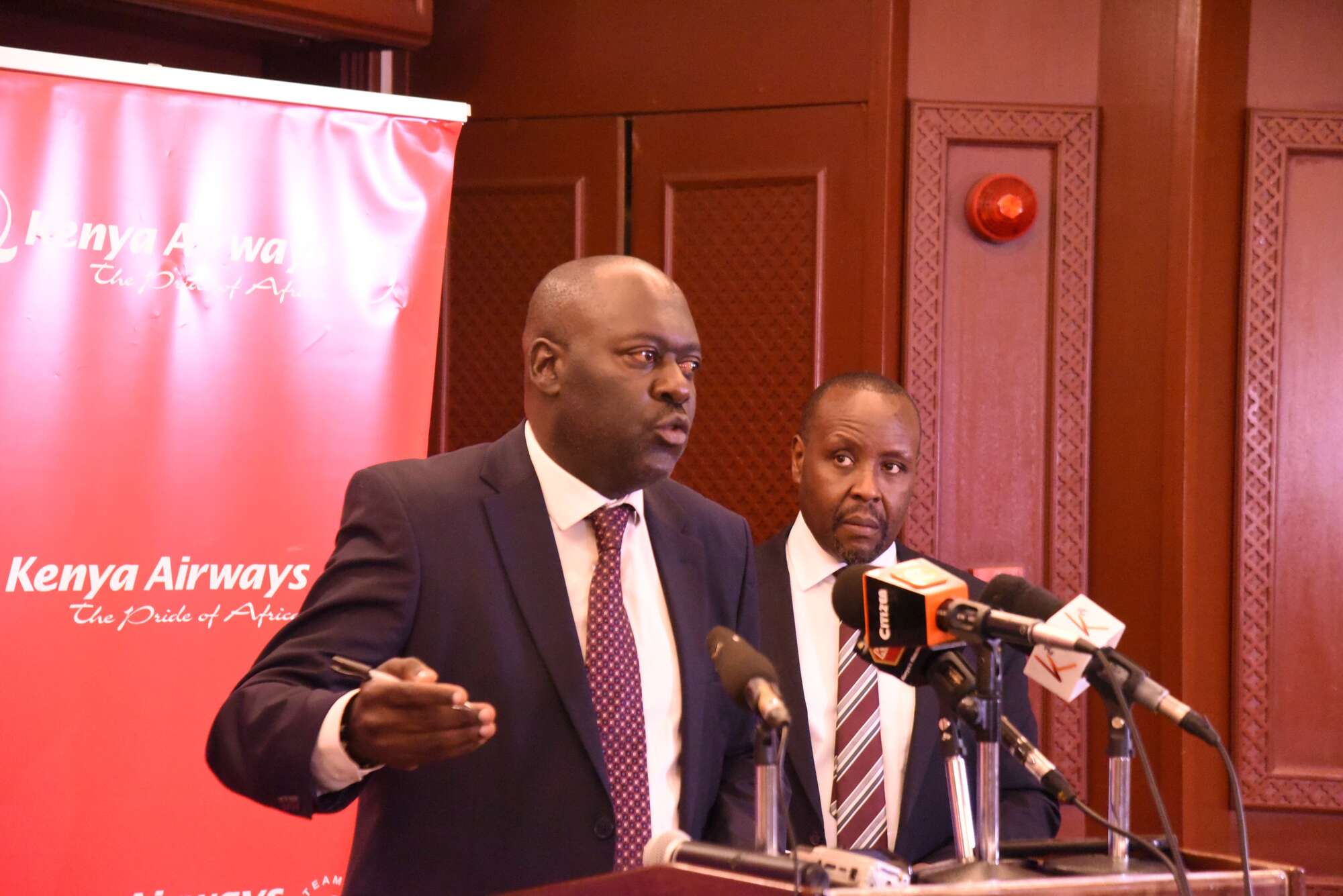 Kenya Airways (KQ) will delay staff salaries for November amid a slump in revenue from a strike by its pilots that left thousands of passengers stranded at Jomo Kenyatta International Airport (JKIA) in Nairobi for four days.

The airline’s chief people officer, Tom Shivo, yesterday informed workers through a memo of the pay delay that is likely to affect 3,544 workers that were on its payroll in December.

The pay notice comes days after a labour court on November 8 ordered the pilots to resume work.

Members of the Kenya Airline Pilots Association (KALPA), which represents about 400 pilots at the carrier, went on strike on November 5 after failing to resolve a dispute over pension contributions and settlement of deferred pay.

The pilots’ boycott cost the airline an estimated Sh300 million daily or Sh1.2 billion for the four days, affected more than 10,000 passengers and led to the cancellation of dozens of flights.

The airline’s staff costs stood at Sh12.7 billion, signalling that the carrier requires in excess of Sh1 billion monthly for wages.

“Due to constraints occasioned by the reduction of revenue and unplanned expenditure incurred during the recent industrial action, the November 2022 payroll run is likely to be delayed,” said Mr Shivo in the memo to workers.

The airline said it would also delay payment of the part of salaries that were deferred following pay cuts in the wake of Covid-19 disruptions.

“The initial plan was to pay both November 2021 and December 2020 deferred pay in this month’s payroll, but this plan has now been compromised.

We will, however, endeavour to pay November 2021 deferred pay in this month’s payroll,” said Mr Shivo.

Kenya Airways, which is nearly 50 per cent owned by the government, earlier said it planned to cancel its bargaining and recognition agreements with the pilots’ union, saying their recent strike was unlawful and amounted to economic sabotage.

The union was demanding the resumption of regular payments to its members’ pension plan, which were stopped in 2020 when the Covid-19 pandemic started, and the payment of pension arrears.

It also wanted the carrier to start paying salaries that were deferred during the health crisis.

The airline’s management says it has been working hard to fully recover from the pandemic and accuses the pilots of jeopardising that push.

Before the strike, KQ had warned the action could jeopardise its recovery from the pandemic, resulting in losses of at least Sh 300 million a day.

However, financial turmoil at KQ preceded the pandemic.

The airline sank deep into the red after it borrowed heavily to buy new aircraft at a time when its passenger business slumped mainly due to frequent terrorist attacks in Kenya.

KQ, which has been surviving on State bailouts since the Covid-19 pandemic, reported a Sh9.8 billion loss for the six months to June — a better performance than the Sh 11.48 billion loss it recorded in the same period a year earlier.

The airline, which has remained in the red since 2012, attributed its negative performance to a global spike in fuel prices which has raised fresh concerns about the management’s decision on fuel hedging in a year when it needed the strategy to work the most.

KQ said it would have returned an operating profit of Sh 1.5 billion in the half year had the fuel prices not run out of control.

The carrier said the cost of fuel was up 65 per cent year on year, weighing down its recovery plan in the half-year period.

Fuel prices have been on a steady rise since the beginning of the year on the back of the Russia-Ukraine war that interrupted global supply.

Puzzle of dead Chinese man, 78 pieces of ivory recovered at his Lavington apartment