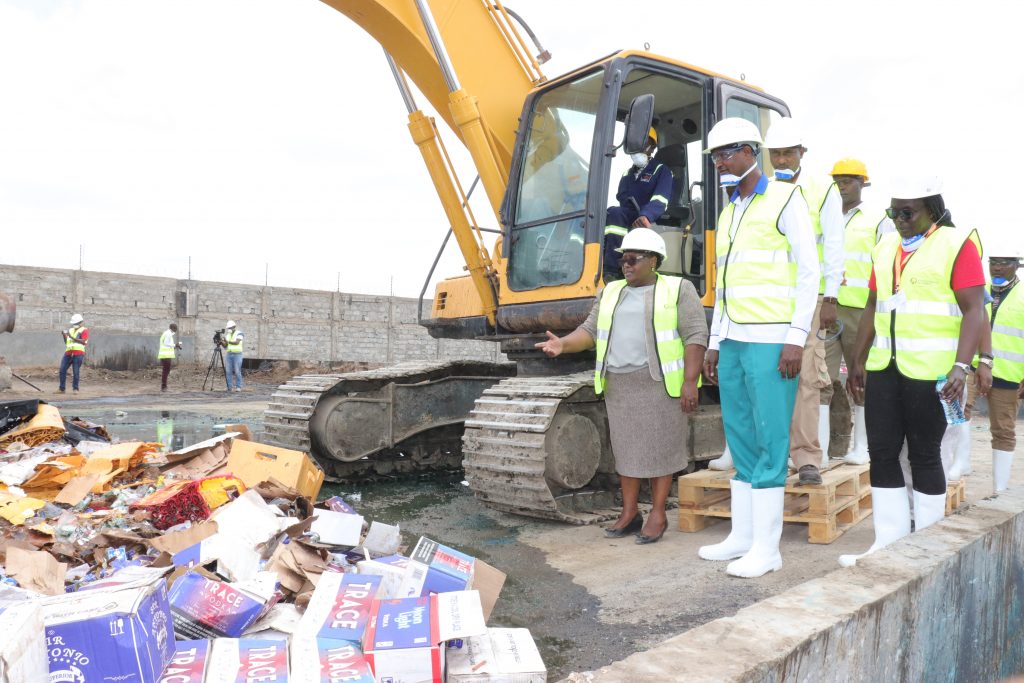 The goods seized from traders in Nairobi and its environs were being sold in violation of regulations stipulated under the Excise Duty Act.

It further added that the goods could have led to a loss of over Ksh 400 million in tax revenue.

“Also destroyed was an assortment of machinery used in the production of some goods, 93, 670 bottles of water, 60, 000 fake excise stamps and 6, 450 packets of cigarettes, cigars, cigarillos, and shisha packed in 50 packets,” said KRA.

KRA impounded the products in partnership with the various government agencies that constitute the multiagency team charged with combating illicit trade and contraband goods.

Among government agencies in the multiagency team are; Office of the President, Ministry of Interior and Coordination of National Government, Kenya Bureau of Standards (Kebs), Anti-Counterfeit Agency (ACA), NACADA and the Department of Public Health.

KRA further added that the illicit trade and contraband goods pose unfair competition to the legally trading products in the market and also pose potential health hazards to unsuspecting consumers.

“Illicit trade and contraband goods are also detrimental to the economic muscle of any country as they lead to massive loss of government revenue through tax evasion,” noted the Multi-Agency team.

The tax agency has appealed to members of the public aid the government in combating illicit trade and contraband goods through the provision of crucial intelligence.

The illicit products were confiscated in the course of the last and prior financial years.

Airtel-Telkom Hangs in the Balance as Safaricom Pays Record Dividend