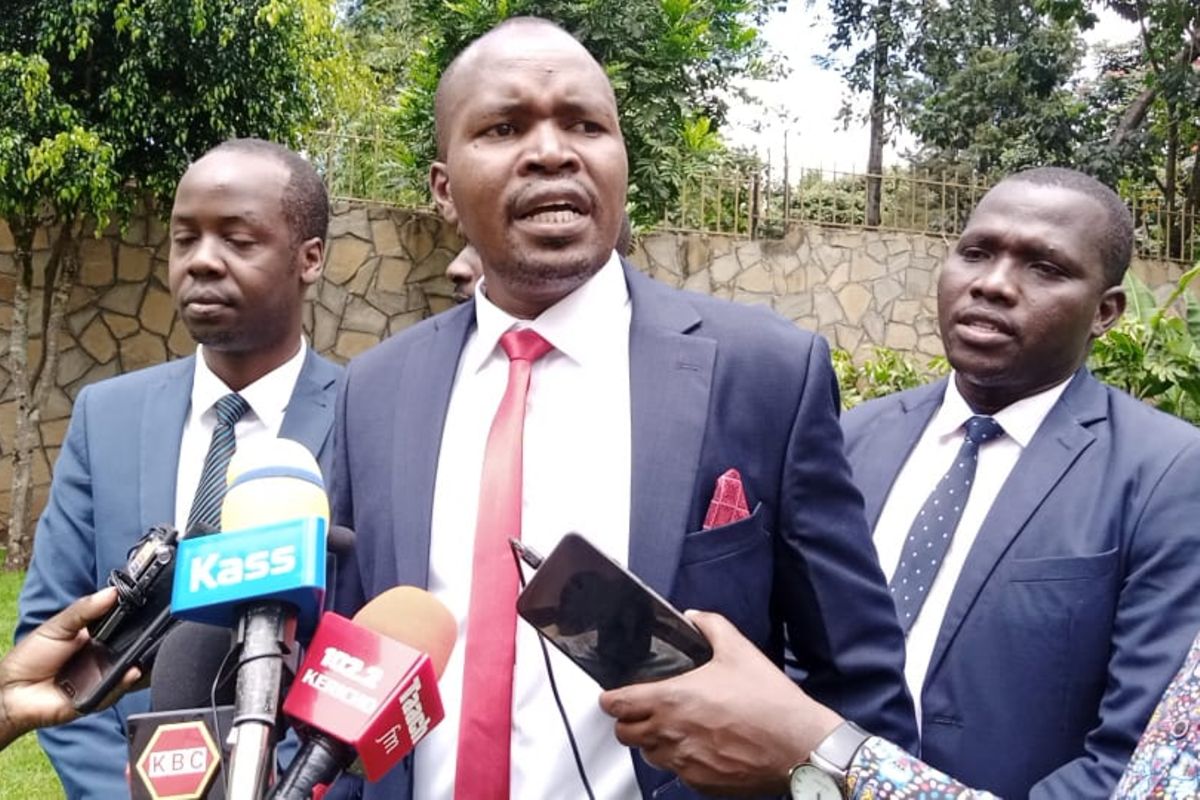 Leadership wrangles have hit the Kericho County Assembly, with two legislators laying claim to the influential position of majority leader.

A tussle has also ensued over the position of majority whip in the House which has 47 members, with 30 elected and 17 nominated.

When the third assembly opened after the August 9 elections, Londiani ward member of the county assembly (MCA) Vincent Tumbamei Korir was announced as the majority leader, while Haron Rotich was picked as majority whip.

In the latest development, Mr Ngetich has retreated, saying he would not take up the position as he was not interested.

“I did not attend the meeting where the changes were made leading to my being picked as the majority whip. I am contented with my current position as an MCA and I want to discharge my mandate to serve the people who elected me,” Mr Ngetich said,

Interestingly, the changes were adopted while Mr Korir was away in Egypt attending the climate change conference with Kericho Governor Erick Mutai.

The ouster came as a surprise to the region’s residents and some leaders who were not privy to a leadership tussle in the House.

Dr Patrick Mutai, the assembly Speaker, allowed the changes to be adopted before MCAs broke for the weekend.

UDA secretary-general and nominated Senator Veronica Maina has waded into the fight and disowned the changes in a November 14 letter to the Speaker.

“It is paramount to state that on November 9, 2022 UDA did not give guidance nor submit any formal proposals of names or changes to the leadership of Kericho County,” Ms Maina stated.

She was responding to an inquiry from Kipchebor ward MCA Erick Wesley Bett in a November 10 letter to the party headquarters on the status of the changes adopted last week.

She said the party received information from Kericho assembly MCAs disputing the changes to the House leadership.

“In the circumstances, kindly but urgently be notified that any changes in the county assembly leadership, purportedly on the basis of a communication from the party, [is] false, inaccurate and in violation of the UDA constitution,” Ms Maina stated.

She clarified that the party stood by the House leadership structure that was agreed upon after consultations with MCAs during a retreat in Kisumu on September 22.

Mr Chirchir and Mr Ngetich, however, claimed on Tuesday evening that they were in charge and had not received any communication from UDA stripping them of their responsibilities as the new majority leader and majority whip, respectively.

“The communication of the assembly on this matter is final and we do not expect any third parties to interfere with the decision of the majority of the MCAs on who their preferred majority leader is,” Mr Chirchir said.

He added that “the leadership changes are final and can only be overturned by a court of law. The purported letter from the party headquarters has not been tabled in the House and there is no communication from the Speaker on the matter”.

“We respect the UDA party leadership and our loyalty is not questionable. But you must take note of the fact that the assembly is independent of external interference,” Mr Chirchir said.

Chaik MCA Mathew Korir said the changes would hold as they were legally and procedurally made in the assembly.

“When you fail to deliver on your mandate, leading to being stripped of the position by a majority vote, there is no need to run around making noise and seeking sympathy. Simply accept and move on. There is always the next time” Mr Korir said.

But Mr Vincent Korir and Mr Rotich said at a separate press conference with some elected and nominated MCAs that the changes were null and void as they did not have the “blessings of UDA party”.

“I am in charge as the legitimately appointed majority leader and the party has confirmed that no changes had been proposed in the leadership in the House,” Mr Korir said

“Even if they wanted to oust me, why did they do it while I was away? They should have waited for me to arrive then initiate the purported changes, which are now null and void.”

Deputy Speaker Erick Bett said at a press conference that UDA should investigate the matter and establish who engineered the changes with a view to taking appropriate action.

“The assembly is a House of rules and regulations, but what we have seen in the past few weeks under the leadership of the Speaker (Dr Mutai) has left a lot to be desired and we will be addressing the issues in the coming days,” said Chemosot MCA Anita Biegon.

Before the assembly took a break on Tuesday until December 6, Mr Chirchir played the role of majority leader and even wrote to the Speaker requesting that MCAs be facilitated to attend a training on vetting chief officers.

The request was approved and MCAs will travel to Nairobi to attend the pre-vetting training between Wednesday and Thursday at Weston hotel.