Let’s drop presidential system of government for parliamentary one 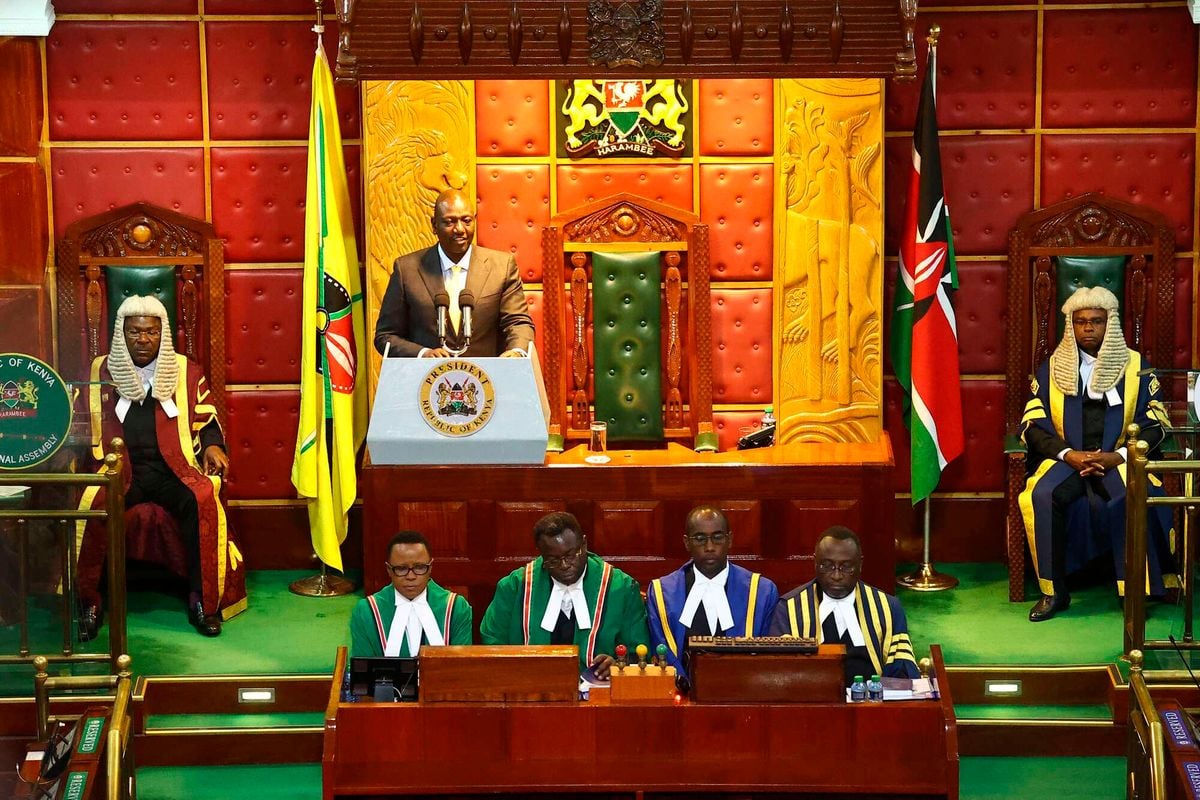 I have said it, and written consistently about it since 1978, that the presidential system of government is bad for all post-independence African countries, Kenya included.

I have published a book recently (Presidential or Parliamentary Democracy in Kenya: Choices to be Made, Nairobi: Booktalk Africa, 2019) in which I make it clear, through careful analyses, that the so-called presidential democracy is no good for Kenya, period.

Why am I so passionate about parliamentary democracy as the only option for Kenya’s political, economic and social development?

Democracy depends on free and fair elections. The presidential system has failed to deliver or to be formed by free and fair elections in Kenya since independence. The so-called Kenyatta Election of 1963 was successful, and there were hardly any petitions in its wake because Kenya was then a parliamentary democracy.

The “Narc Election” of December 2002 was successful because it was held in the wake of an MOU promising constitutional reform to establish a parliamentary system after that election, which led to the happiest moment in post-election Kenya since independence. The political pact wasn’t implemented and the referendum on the new draft constitution, which still maintained the presidential system, polarised the nation further.

The 2010 Constitution retained the presidential system while providing Kenya with a very progressive devolved system of government in which democratic politics have been much healthier than at the national level. Nevertheless, no election has been held in Kenya since then which is free and fair.

In 2013, the presidential election results were contested in the Supreme Court. The petition was thrown out, but political discontent and ethnic polarisation ensued. Despite calls for national unity by “the victors”, the national state remained largely illegitimate in the eyes of almost half of the electorate.

In 2017, the presidential election results were once more contested in the Supreme Court and nullified by Chief Justice Maraga to the utter consternation of both President Uhuru Kenyatta and his deputy William Ruto. Since the referee, the IEBC, was to remain the same arbiter, Raila Amolo Odinga decided it would be futile to go back to the polls. The UhuRuto pair contested solo, and of course “won”.

Kenyans went to the presidential polls once more in 2022 with the same IEBC, the same contestants and the same cynicism. The outcome was no different. Raila’s appeal in the Supreme Court was decided upon as expected: in favour of his rival in a treatise of judgment that was as rude as it was reckless in its dismissiveness of the case.

Although Kenya is regarded as the most politically stable nation within the East African region, it is also one that harbours burning embers of political discontent. Take note of the following.

The public service, or the organising element of the state, is regarded as the cohesive element in society. It unites or puts together, sustainably, diverse interests and societies within a political formation or a political system.

Under capitalism, it is the power elite, resident in state power structures, or influencing it by diverse legitimate methods, that governs in order to provide social and political cohesion in an otherwise diverse and inchoate society. This is the essence of what democracy regards as legitimacy. This rule is provided by what is ordinarily called the public service, which is itself governed by a plethora of rules, regulations and policies all derived from the Constitution.

But when the ruling class, a pact of domination or regime is uncertain of itself, it will not appoint people to exercise state power assuming that state apparatus in itself is an element of cohesion, but will personalise such appointments on the basis of blood or personal relationships.

The servants, as it were, cease to be civil and begin exercising the power of the state on the basis of personalised relationships such as religion, tribal allegiance and village identity. The so-called political party becomes a mere facade.

All these are recipes for political instability, political underdevelopment and socioeconomic decay. They manifest themselves in terms of corruption, state brutality, crass arrogance by the ruling elite, assassinations, murder of professional and law-abiding civil servants (case of Chris Msando of the IEBC) and perpetual alienation of the mass of people from the state.

Jaindi Kisero, in an article in The Nation on January 18 this year entitled ‘Disruptions Bad for State Firms’, noted that it has become a habit in Kenya that when a new regime takes over political power, key officials and board members of state corporations are quickly replaced by new ones almost arbitrarily so that tribesmen of the new rulers get their time to eat.

Notwithstanding the terms of service of these officials and boards, or the policies and procedures of governance in such boards, the exercise is repeated ad nauseam from one entity to the other without let or hindrance. This, Jaindi concluded, is bad for business and national cohesion.

The headline in the January 19 issue of The Star shouted: ‘Ruto purge hits Uhuru men as allies return!’ This is true but tragic. The public service in a capitalist nation (which ours is) is supposed to be like a wind vane: independent, professional and ready to serve any political regime that comes to power. But this can only happen here were Kenya to have a parliamentary system of government.

It is very difficult for the PM, or the ruling party or coalition for that matter, to go rogue and begin arbitrarily messing up with the civil service. The ongoing discussions in the Kenya Kwanza government to have non-elected ministers “to answer” questions in Parliament as “a committee of the whole” is futile. Ministers can only be accountable to the people if they are elected and respond as members of an elected body, not its imposed graft.

The President and his non-elected ministers, truth be told, will never leave the public service to be truly civil!

Ask yourself why the IEBC will never be truly independent to manage our elections no matter how many times we give it new rules and appoint new “representatives” of relevant social forces to it. It will always go berserk and serve whoever can buy it or influence its membership during the elections.

Ask yourself why Malaysia, Singapore, India, Mauritius, and much more recently Ghana, Botswana, Senegal and South Africa enjoy stable elections as well as development. Even when their leaders are called “Presidents”, like in South Africa, these countries essentially have parliamentary systems of government.

How to understand millennials and their complex identities

How to beat acne rosacea through diet and...