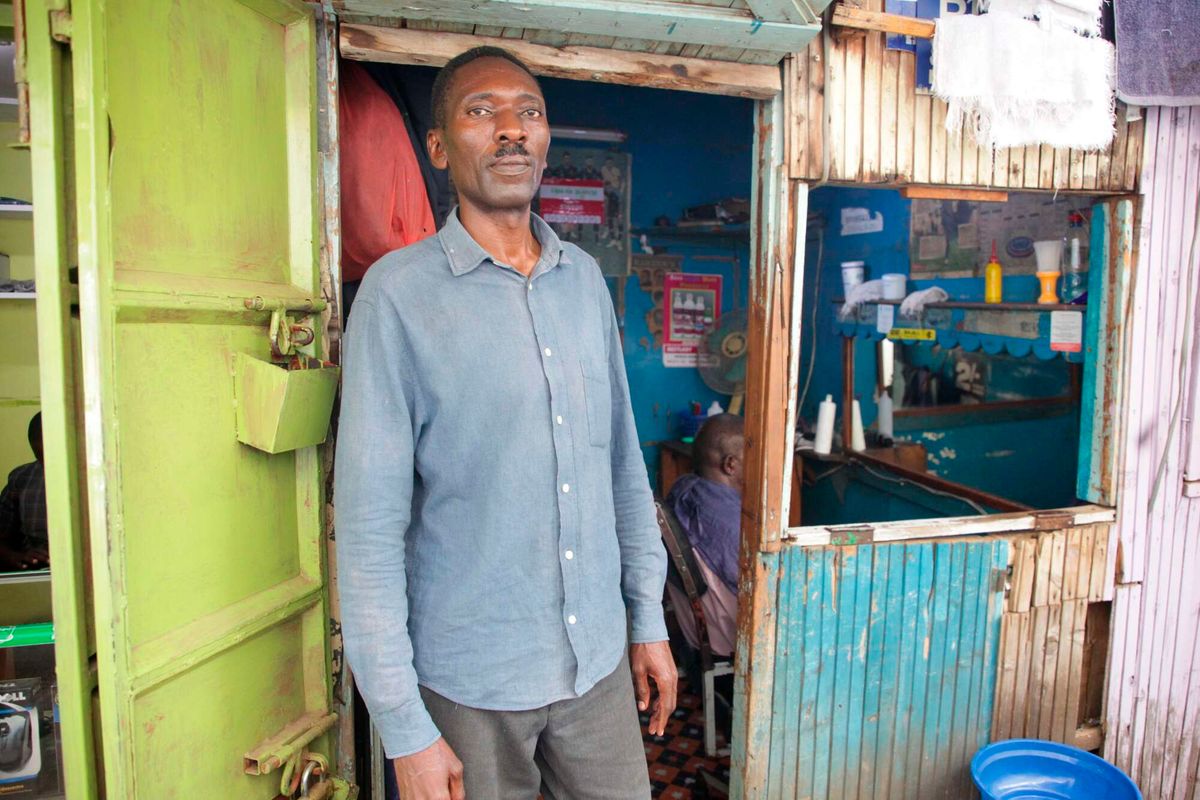 This story/series was produced in partnership with the Pulitzer Center

Every day at daybreak and just before sunset, an interesting routine takes place in Kisumu City and satellite townships.

Groups of Maasai men draped in their traditional shuka visit small-scale traders just as they open their businesses and hand them some cash before leaving only to return before the merchants shut down their premises for the day.

During the visits, money changes hands between the traders and the Maasai men who offer them informal loans depending on one’s capability to repay.

Locked out of the formal credit systems for their perceived high risk and blacklisted by digital lenders for defaulting on loans, the traders are finding solace in Maasai shylocks who come without conditions such as collateral, strenuous paperwork, or even listing with the credit reference bureaus (CRBs).

“Dealing with the Maasai is the most sensible thing for many small traders right now. I use a rented boda boda. Every morning I take a Sh500 loan from them to buy fuel, which I use to ferry passengers and make deliveries around town. I then refund the amount with an interest of Sh75 at the close of business,” Mr John Otieno, a boda boda operator based in Manyatta, a low-income neighbourhood in Kisumu, says.

“I find this hassle-free and convenient since I am already on a CRB blacklist for defaulting on a digital loan and no one will consider me for more loans on the formal channels yet I need money to keep operating” he adds.

Official data by the Central Bank of Kenya (CBK) indicate that seven million of the 19 million accounts listed with the CRBs have been in default, including 4.2 million linked to mobile phone loans.

The high and rising number of blacklisted loan accounts means that the chances of borrowing are highly jeopardised for millions of Kenyans, such as Mr Otieno, who may wish to grow or finance their businesses.

Small-scale traders have also borne the brunt of limited funding by banks which consider them high-risk. Not even a government-backed Credit Guarantee Scheme (CGS) seems to have derisked small and medium-sized enterprises (SMEs). Data shows that 2,190 SMEs received Sh3.3 billion under the State-backed CGS in the year to June 2022, as the government’s plan to derisk the traders took off at a slow pace.

The CGS encourages banks to disburse credit to borrowers they would otherwise turn away, confident that they will be compensated in case of defaults.

Put off by the dwindling chances of landing mobile and bank loans, many small traders in western Kenya are increasingly relying on shylocks to keep their businesses going.

Traders say the Maasai shylocks offer them debt servicing options, including repayments within the same day or over 12 days depending on one’s capability. The loans are structured in such a way that the interest charged is between 15 and 30 per cent depending on the size of the business.

“Traders have a choice on the repayment terms which are up to 12 days and at an interest of up to 30 per cent and a processing fee of about 10 per cent. For example, if you want Sh4,000 from the Maasai payable over 12 days, they will hand you the money less Sh400 as processing fee then you will repay Sh400 per day for 10 days,” Mr Christopher Otieno, a barber, said.

The Maasai shylocks don’t demand collateral but rely on the goodwill of their trusted customers who refer other borrowers to them.

“When you refer someone to the Maasai, you automatically become some sort of a guarantor. The who scheme thrives on goodwill because traders need the money and they don’t want to spoil relationships with the Maasai,” Mr Otieno reveals.

Despite the high-interest rates, the shylock business in Kisumu has become so vibrant that, other than the Maasai, it now attracts creditors from the neighbouring cash-rich Uasin Gishu, Kericho, and Bomet counties who are using part of their proceeds from cash crops such as tea and maize to make good profits.

“Young girls from Kericho and Uasin Gishu commonly go around estates and the Kisumu central business district lending money to small-scale businesses,” one of the traders confirmed to Nation on condition of anonymity to avoid jeopardising her ties with the shylocks.

“Most of our borrowers service their dues promptly. Our algorithms show that loans can be put at risk and we act responsibly. Those who, for example, take loans for betting are known to us and we cannot keep leading them,” he said.

Headscarf debate heats up ahead of Turkish vote » Capital News

MESSI SURPASSES RONALDO TO BECOME THE PLAYER WITH...

Beyonce set to pocket over Sh30 billion from...