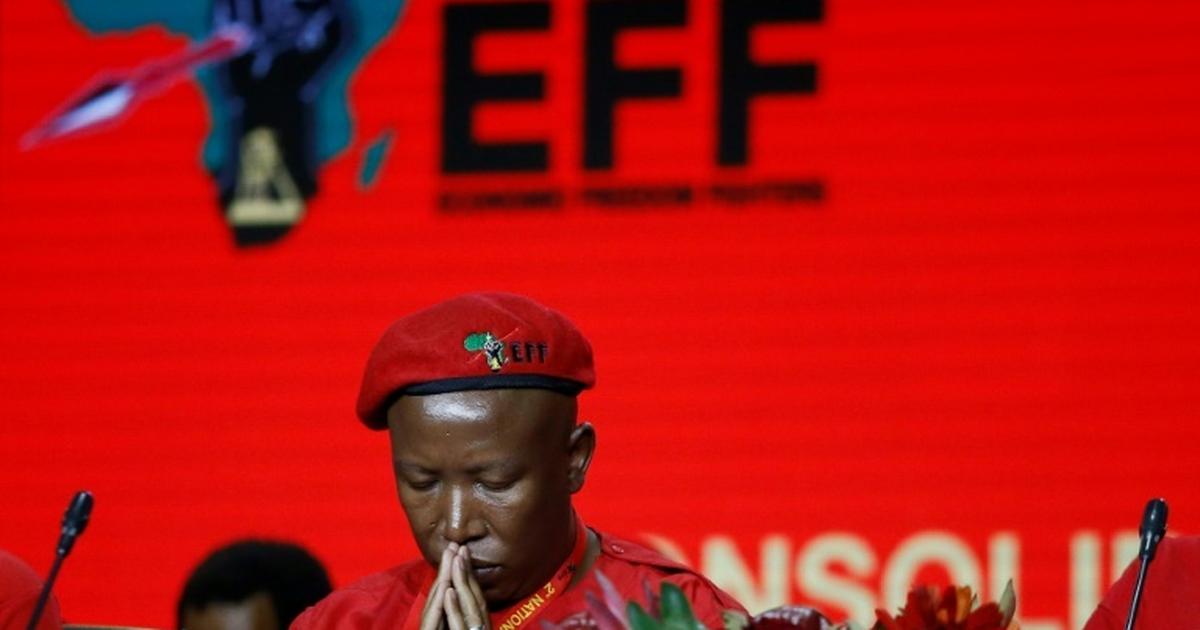 “For the position of president, it is Mister Julius Malema, may he please come forward,” vote organiser Terry Tselane of the Institute of Election Management Services in Africa announced to some 3,000 delegates late on Saturday.

Malema, 38, formed the EFF in 2013 after he was thrown out of the ruling African National Congress, whose youth league he once led, following hate speech convictions.

Clad in his trademark red beret, Malema portrays himself as the defender of society’s most disadvantaged. He backs radical wealth redistribution with the black majority still comprising the bulk of the poor a quarter century after apartheid ended.

His anti-capitalist rhetoric as well as his support for the seizure of white land without compensation has earned him several run-ins with the courts — as well as his eviction from ANC ranks.

“We are here as the representatives of the poor and the downtrodden, united by our love for our people, and our determination to unchain them from their inhumane realities,” Malema told the EFF congress.

“The scars of colonialism and apartheid live on. The failure to undo the ownership patterns of our economy and the failure to give back the land to our people has resulted in our people having political rights, but no economic freedom,” he added to applause.

The congress has been marred by the party’s refusal to accredit various local media, including the online Daily Maverick news site which has published several articles accusing party leaders of embezzlement.

Malema dismissed the allegations, charging that “sensationalism is now the order of the day; starting storms in a tea-cup against those the media simply declares as enemies of society.”

In solidarity with the banned media the eNCA news channel decided to suspend coverage of the congress.

“Good riddance,” was the EFF response to that news.