Home Sports Man United vs Liverpool: 4 stats that could give Red Devils an edge over rivals ahead of Sunday clash ▷ Kenya News
Sports

Man United vs Liverpool: 4 stats that could give Red Devils an edge over rivals ahead of Sunday clash ▷ Kenya News 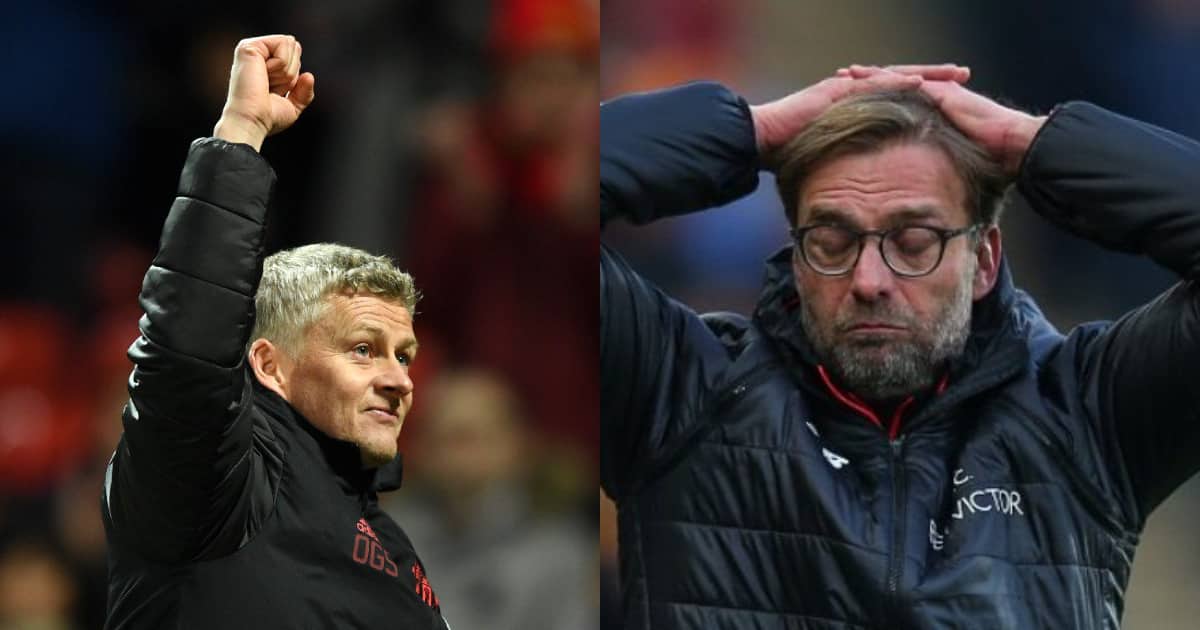 Manchester United are set to host Liverpool in a do-or-die Premier League clash for the Ole Gunnar Solskjaer-tutored side on Sunday, October 20, at Old Trafford.

United are currently struggling for form after managing just two wins from their eight Premier League matches of the new season.

In contrast, Liverpool are enjoying an impressive run of results, winning all their eight matches to top the Premier League standings with 24 points.

The Red Devils will therefore be keen to put blemish on Liverpool’s spotless form with in a move that could also see them get their campaign back on track.

The Manchester outfit is however set to miss the services of David De Gea and Paul Pogba ahead of the important clash, leaving Liverpool as clear favourites to emerge victors.

Be that as it may, though, TUKO.co.ke has taken stock of four important stats that could give United an edge over their rivals.

Despite his otherwise glittering Liverpool managerial career, Jurgen Klopp is yet to win a single match at the Theatre of Dreams.

The German boss has drawn three times and lost once in four of his trips to Old Trafford.

2. Mohamed Salah has never scored against Man United in the Premier League

Salah has been in terrific form since his return to the Premier League with Liverpool from AS Roma.

The Egyptian has however failed to find the back of the net or even assist a single goal in his four EPL appeatab against Man United.

3. Liverpool has not beaten Man United in five of their last Premier League meetings at Old Trafford

Despite their success in recent years, Liverpool are yet to win at Old Trafford in five of their last trips to Manchester.

United have emerged victors two times in those matches with three finishing in draws.

Rashford will be keen to end his goal drought for club against Liverpool after a disastrous display in recent weeks.

The Englishman was on target for England against Bulgaria during the Euro 2020 qualifiers will be looking to build on that.

The United academy graduate is further understood to thrive best against the “big six” as 33% of his Premier League goals have come against those sides.

Broke KPL pleads to be rescued by the Govt

Rudisha to race in Watamu Festival