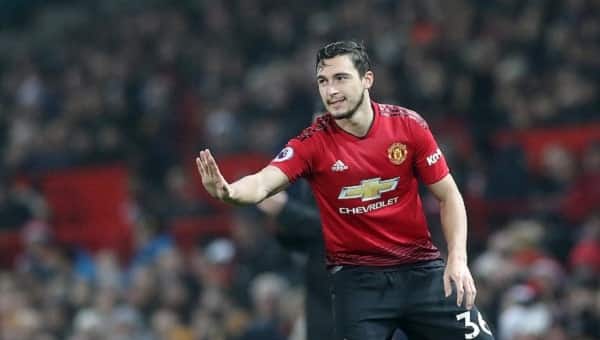 – Matteo Darmian has completed a move to Parma from Manchester United

– He spent fours years at Old Trafford, scoring only one goal for the Red Devils

Premier League side Manchester United have confirmed the departure of Italian defender Matteo Darmain who has joined Serie A club Parma.

United took to their official website on Monday morning, September 2, to announce his exit four years after joining the Red Devils from Torino.

And during his four-year stay at Old Trafford with United, the Italian defender was only able to score one goal for the Red Devils.

The 29-year-old scored the goal in the Red Devils’ 2-0 victory over Crystal Palace in 2016 at Old Trafford.

The Manchester outfit took time to thank the Italy international for the services rendered to the club and wished him success at his new club.

“Manchester United can confirm that defender Matteo Darmian has signed for Italian side Parma,” the club said in a statement.

“Everyone at Manchester United would like to thank Matteo for his service and wish him all the best for the future,” the statement continued.

Meanwhile, United are not expected to miss Darmian’s departure at Old Trafford as Aaron Wan-Bissaka has been impressive since he joined from Crystal Palace.