Being able to see is a basic norm to most of us.

However, there are still many people who have been unable to access affordable eye care. But one Ugandan woman noticed the gap in their country and decided to make a difference, Brenda Katwesigye is the founder of the high impact company known as Wazi Vision.  She begun her mission when she noticed a need for eye care in certain parts of Uganda where children could not get access to simple eye testings. She set a program that would help children between the ages of 6-15 years, the program was developed as a mobile app which uses virtual reality technology to perform visual tests.

The whole point of the app was to bring it closer to people since most could not afford to go to health centers or sometimes the system would be too slow.

Soon after the children would do their tests they would be connected to affordable eye glasses that are made out of recycled plastic that are made by local female artisans in Uganda. Normally, glasses are quite prices and replacing them is sometimes impossible which then leaves the children in a worse condition. These new kind of glasses have reduced the cost of eye glasses by 80% while increasing accessibility of eye testings services. To add on that the Brenda and her team have been carrying out field tests where they perform free eye tests both in schools and rural areas in Uganda.

Brenda’s mission was inspired by her own story.

She is short sighted and was affected by light. When she visited the optician she was asked to pay  $180 for a new pair of glasses just about 18,000 shillings. This was obviously shocking, how could a third world country be so expensive? A country where the average monthly income was just KSh 400.If that was expensive for her, she thought about all the disadvantaged children in Uganda and was driven to start Wazi Vsision whose long term goal is to make eye care accessible and affordable to everyone regardless of their income status.

It is clearly much cheaper than the actual prices in a shop.

Such women are the ones that see an opportunity to help and rise with it. Instead of complaining she did something about it, she has a complete team of 5 full time team members and 8 part time female artisans that we work with to make the eye glasses. She also has an optometrist, a software developer, a finance professional, and two field team members. Their optometrist and software developer work hand in hand to ensure that their VR based mobile application attains at least 90% accuracy. 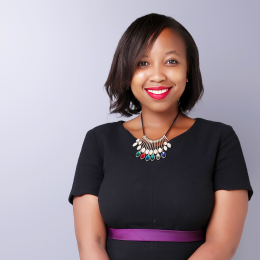 News ReporterVanessa Kamau is a young writer from Daystar University. She has been a writer for 5 years and enjoys it as a hobby and passion. During her free time she enjoys nature walks, discoveries ,reading and takes pleasure in new challenges and experiences.
You Might Be Interested In
0 FacebookTwitterPinterestEmail

Accept Ethereum for Your Business. Why and How?...