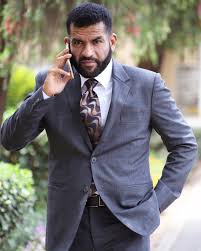 Members of the public have appealed to investigative agencies to swing into action and have senior officers in Mombasa county government account for millions of shillings illegally acquired.

According to sources who spoke to Weekly Citizen on strict conditions of anonymity for fear of victimisation, the senior officers who are engaged in swindling the county government are led by Inspectorate Department’s officer, a one Ibrahim Abdalla, the deputy director and chief officer, fire department.

He is said to have changed the inspectorate office into a kangaroo court in Tudor.

According to the source, he has formed a squad of officers who are under his command.

Others are Sharif Mohamed, Abdul Wanje in charge of advertisement and Mpesa kiosks, Mohamed Morguery and Fami Abacha.

It is alleged that every weekend, they collect Sh500 from each hawker in Mombasa island, Likoni, Changamwe, Kongowea, Jomvu and Kisauni.

The total number of hawkers is estimated to be over 25,000. In the corruption network is Guled Nyerere, Said Mohammed and acting director inspectorate.

He is alleged to be receiving Sh1.2 million weekly from revenue collection barriers in Miritini, Likoni and Shanzu.

Sudi, Mohamed and Dadi are said to be the ones collecting and taking the loot to his residence at English Point, Nyali.

An engineer, Yusuf, from public works department together with Sudi, have been accused of harassing contractors on construction sites demanding excavated murram by force, including money.

They send the same murram to Chinese contractors in Changamwe and Dongo-Kundu. Each lorry of 21 tonnes is sold at Sh3, 400.

In physical planning department, Paulo Manyala, has made a habit of delaying submitted drawing development and repair permits.

He is accused of demanding a lot of money.

For instance, from each house or apartment, he demands Sh3.5 million, especially from Somalis, Asians, and Kikuyu, among others. Manyala is said to own lorries, Toyota Prado, matatus, houses and plots. According to the source, he is using the name of former governor Hassan Joho and his successor Abdulswamad Nassir to extort money.

He has mobile phones with different numbers and his brother is said to be the one who carries the money to deposit in banks.

Mohamed Guled, it should be recalled, was behind the infamous syndicate in the name of registering 30,000 tuk tuks and charging Sh1, 000 each without producing a county government receipt.

He shared the loot with Ibrahim Basafa and MP Twafiq Balala. The two swindled the county government over Sh30 million in the process.

They deal in construction materials but do not pay taxes to KRA while the excavators belong to a Ugandan by the name of Kaka.

A one Nyerere is commanding this corrupt mafia legion and he is taking advantage of being close to Directorate of Public Prosecution Noordin Haji and Ethics and Antcorruption Corruption Director Twalib Mbarak among other national security heads, our source added. 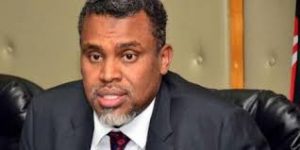 The destruction of the environment in Old Town, Mji wa Kale, Majengo and Tudor is also another thorny issue.

Ibrahim Mohamed, Gulam Morguchali and Kipanya Soja have turned into a money minting scheme. They allow unscrupulous traders discharge raw materials to storm line at night, something that is likely to cause environmental disaster.