Mr. Blue in love in his new jam ‘Raha’

Tanzanian singer Mr. Blue is back with a big tune Raha. The tune is so real as you will be singing along with him. Raha is a Swahili word which is all about fun.

To start with, Mr. Blue is a great talent and his comeback with this tune confirms the sentiments. Raha is a love song that explains how the dude is feeling and how love has taken him to another world.

The tune as big as it will just take you to that moment as we all want to be loved and love back.

In addition to the good work, Mr. Blue fans have accepted and embraced this jam as it is so real and so true. Looking through at the comment section, they are excited of the lyrical master.

Message and relevance of ‘Raha’

Raha has had a great team behind as it has been produced by a super producer Mr. Cleaver. The audio and the beats have been well mastered making the song a great one.

Also the lyrical prowess in Mr. Blue has been brought out as he has delivered the lines and wording in the right way.

The song has more of the Kiswahili dialect which most people from Tanzania use as their national language. Further into the song, you are going to notice that the lady who the song has been dedicated to has won the heart and time of this gentleman. 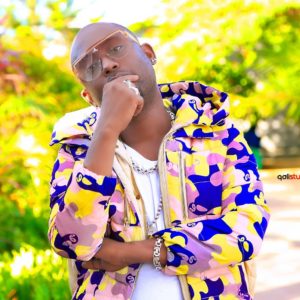 In this case Raha is such a simple piece of art that has been brought out in the simplest manner. It is easy to grasp the meaning.

Last but not least, the song is just great and does not have a limited target audience. It is open to all be it on radio or in weddings.

READ ALSO: Kristoff as an established artist should let new artistes be

In conclusion, we need more of Mr. Blue in the industry. Raha gets a rating of 6/10.

Akothee is all about love in new jam “Rollam”