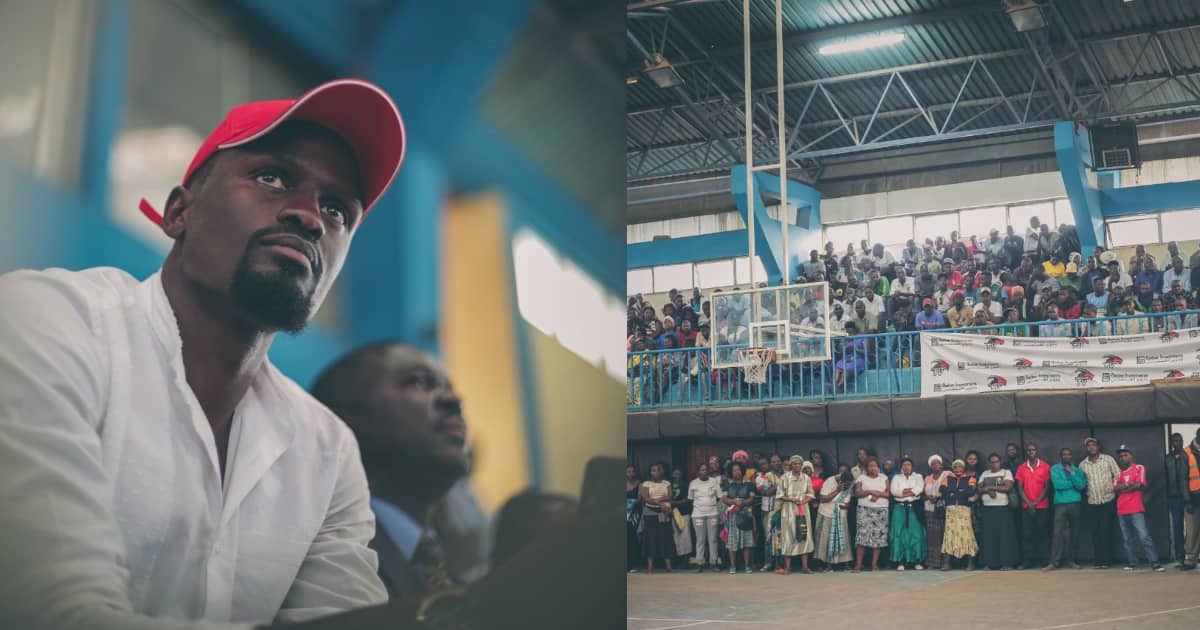 – The meeting brought together voters from five wards in Kibra constituency

Jubilee candidate in Kibra by-election McDonald Mariga has hit the ground days after the Independent Electoral and Boundaries Commission cleared him to run.

Mariga whose candidature became a matter of legal battle, on Thursday, September 19, took his campaigns to Nyayo National Stadium where he engaged Kibra voters on development agenda.

The former Inter Milan player will be up against 23 other opponents for the seat on November 7.

“Earlier this evening at Nyayo Stadium, I met the residents of Makina, Laini Saba, Sarangombe, Lindi and Woodley wards.The agenda was development matters and how we will work together for the betterment of Kibra residents,”he said.

However, meeting voters out of their environment where he intends to represent did not go down well with majority online users who were quick to suggest Woodley and Kamkunji grounds as alternative venues.

BAT Certified As Top Employer In Kenya And...