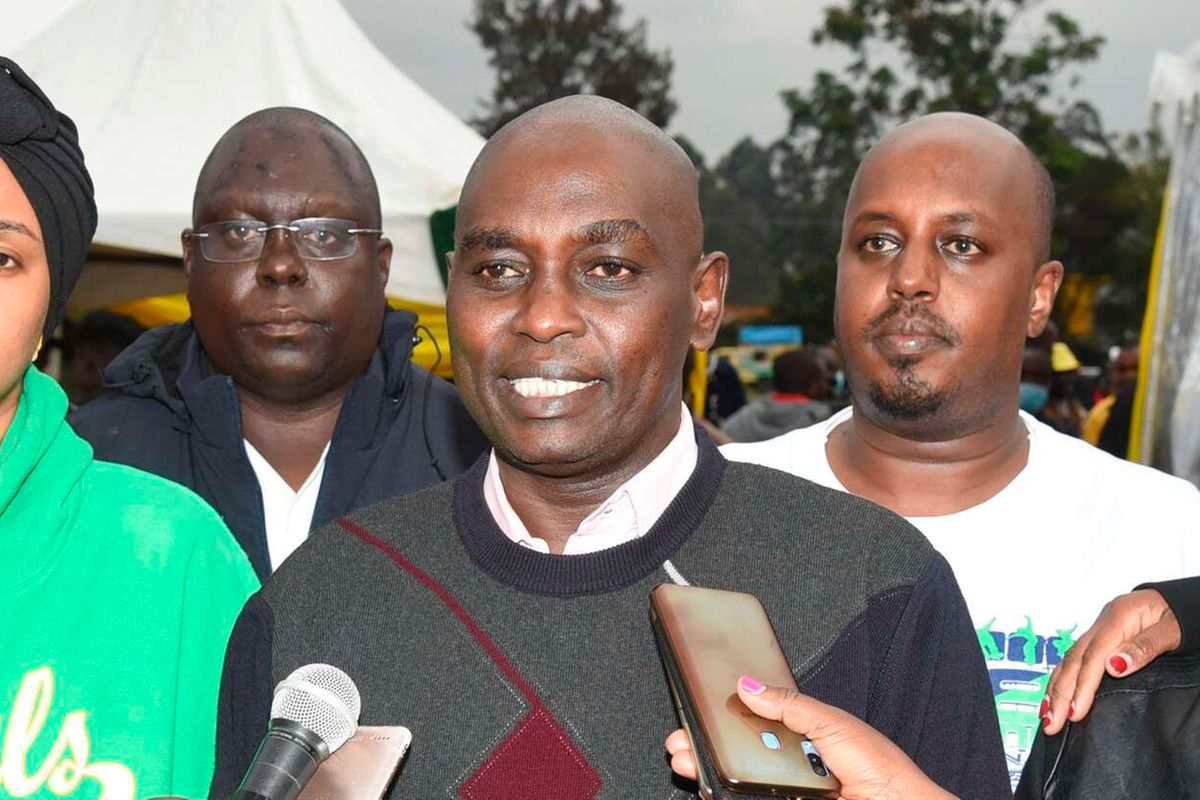 The appointment of Mr Anthony Ng’ang’a Mwaura as Kenya Revenue Authority (KRA) Board chairman has added to the growing list of high-ranking officials fighting corruption cases in court.

Mr Mwaura, who took over from Mr Francis Muthaura, assumes office with a case filed by the Asset Recovery Agency (ARA) hanging over his head.

Assets and money owned by his companies were frozen following reports that they were acquired using funds stolen from public coffers or diverted for individual benefit.

They were among those charged alongside Mr Sonko in 2019 over money laundering and giving the former governor kickbacks.

Between April and May, 2017, the two firms owned by Mr Mwaura – whose most recent role was the United Democratic Alliance (UDA) Elections Board chairman – are said to have wired Sh8.6 million to Mr Sonko’s bank accounts. He was at the time campaigning to become city governor.

Ethics and Anti-Corruption Commission (EACC) officials said the money was a contribution towards Mr Sonko’s campaign, which saw him defeat incumbent Evans Kidero.

One year later, Mr Sonko was governor and the two firms had won county government contracts.

Mr Sonko was impeached by the county assembly and removed as governor in 2020.

While approving charges against Mr Mwaura and his co-shareholder Rose Njeri Ng’ang’a in 2019, Director of Public Prosecutions Noordin Haji said the devolved government did not advertise tenders for garbage collection but called interested firms directly.

Hardy Enterprises was contracted to collect garbage, and received Sh357.3 million for the service.

Toddy then wired the money to accounts owned by Mr Sonko, according to court documents.

The transactions placed the two companies, Mr Mwaura, Ms Ng’ang’a and Mr Sonko in the eye of a storm as the ARA pushed for funds they received to be forfeited to the government.

To back its case, the ARA said Mr Mwaura went on a shopping spree, acquiring at least nine cars in a short period.

Some of the vehicle registration dates provided in court, however, do not appear to be before City Hall releasing money to Mr Mwaura’s companies in respect of the garbage collection tenders.

The others were purchased between May 2017 and September 2018.

Mr Mwaura’s companies are not small by any measure. They have done business valued at billions of shillings with national and devolved governments.

The company is also putting up an improved supply system for Ruiru-Juja Water and Sewerage Company, which is expected to serve thousands of Thika Road residents.

Mr Mwaura and Ms Ng’ang’a also own Hardy Enterprises, which was incorporated in 2015.

Mr Mwaura has a stationery supply business, Hardi Enterprises, which he registered on March 14, 2007.

The basis of his dispute with the anti-corruption agency was a report received by the EACC, which said some Nairobi City County government officials, in collusion with private companies and individuals, were engaged in a scheme to embezzle public funds when awarding tenders for goods and service between June 2017 and February 2019.

It was contended that Toddy conducted business with Mr Sonko in his individual capacity and that on December 16, 2018, he leased to the company land in the Coast.

Toddy paid the governor a deposit of Sh3 million, the court was informed.

In fighting the kickback claims, the defence said the Sh3 million paid to Mr Sonko was in his individual capacity and not as the county or its governor.

The lawyers said the narrative of kickbacks to influence the award of tenders to Toddy was ill-motivated, in bad faith, reckless, malicious and false “since Toddy was not a bidder with the city county government”.

Court documents indicate Toddy did business with Mr Sonko even before he became governor.

“The two companies occasionally borrowed money from each other,” Mr Mwaura said.

In July this year, the companies lost an attempt to unfreeze their accounts and nine vehicles preserved by the state.

The companies asked the Court of Appeal to set aside the High Court’s decision to dismiss their request for review of the orders that froze their Sh277 million.

ARA said the tender won by the company was irregularly awarded.

“As a result of the said tender, Hardy fraudulently received Sh357,390,229. Investigations established that some of the vehicles Hardy Enterprises Ltd claimed payment for garbage collection were saloons, vans and cycles with no capacity to haul the tonnage claimed with the signature used thereof forged,” EACC told the court.

Mr Simon Cherka, a forensic investigator with EACC, said the procurement was initiated by Mr Peter Kariuki, the county secretary, contrary to the Public Procurement and Asset Disposal Act, 2015 and Regulations.

At the Appellate Court, Mr Mwaura wanted the judges to overturn the July 10, 2020 High Court ruling.

He said some of the impounded vehicles were not proceeds of payments received from the county government.

Mr Mwaura and Ms Ng’ang’a said that they were experiencing hardships due to the orders issued by Justice Mumbi Ngugi (now a judge of the Court of Appeal) following a forfeiture suit filed by the ARA.

They said the orders had made it impossible to provide for their needs and perform tenders of national interest, “some of which are donor-funded”.

But Appellate Court said the High Court properly addressed itself to the law.

Questions linger over surge in crime as crackdown continues