New study reveals the promise (and pitfalls) of Africa’s media 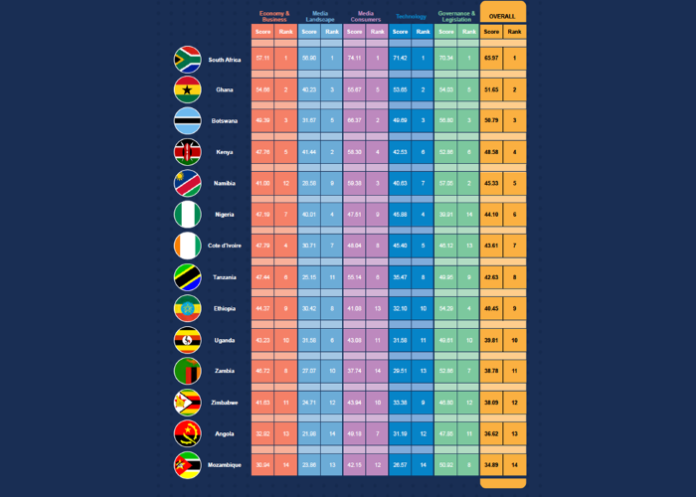 GroupM, WPP’s world-leading global media investment group, has launched the ‘Africa Media Index’, its inaugural study on the media landscape in Africa. It shows the media scene on the continent is a whirlwind of change and growth in activity, and its power can be harnessed by knowledgeable investors.

Sub-Saharan Africa hosts 17% of the world population today, but only represents 2% of world GDP, and even less when we look at advertising investment, which is US$ 2.6 billion or 0.47% of global investments. However, due to mobile and Internet expansion, strong urbanisation and a booming middle class, the next 30 years should tell a very different story.

Federico De Nardis, CEO at GroupM Sub-Saharan Africa (SSA), said: “Many companies – both those already on the continent and those wishing to reach consumers and businesses across Africa – often struggle to find consistent and reliable information which gives a clear understanding of the media landscape. The intention of the Africa Media Index is to bridge that gap.”

The study was conducted with the aim of providing insights on trends and knowledge of the media sector and how it affects investment, governance, local business and economies.

While the African middle class population is growing impressively, so is their access to technology and media consumption. This is demonstrated through the rising sales of televisions, which now replace radio as a preferred purchase option in places where electricity supply is increasingly available.

Access to the internet also accounts for a large growth in the media landscape, however, internet use is restricted by high data prices in various regions.

More than 83% of respondents believe online media is growing significantly, while 75% of them think radio, through internet broadcasting is on a high trajectory.

However, the same respondents are also bullish on television, with nearly 62% of positive growth.

In addition, print media is experiencing positive growth, contrary to what is happening in the rest of the world. For example, in Kenya, newspaper consumption has grown by 14% in 2018 versus the previous year and 12% in Nigeria according to ‘This Year Next Year’ report, by GroupM Global.

Media growth in Africa is beneficial and a contributing factor to deepening democratic processes. In recent years, political uncertainty dominated the business headlines where heightened political tensions saw a military coup in Zimbabwe, a widely disputed election in Kenya, and highly contested elections in South Africa and Nigeria. These might appear as isolated events but they are an amalgam of events that increased media interest in Africa.

Of the surveyed respondents, 49% of East Africans and over 36% Southern Africans think media corruption is “highly prevalent”, while 41% West Africans say the media is hopelessly corrupt. Corrupt state media, bribe taking journalists and self-censorship by the independent press were cited as examples of corruption.

As a result, the risk impact of changes in legislation and regulation has increased considerably as many African governments continue to implement laws governing information and ethical operations of businesses.

When investors seek media investment opportunities, a holistic knowledge of the investment environment is required, including the relevant forces at play in governance, local business and economies that affect the media sector. The sector is influenced by the society it services, and in turn the media influences the societies that hear, read and see its output.

Investment indicators, as opposed to business confidence, for Southern Africa are good overall. Leading in this is South Africa with an overall score of 65.97, which takes three of the top five positions in overall Economy and Business rankings. However Ghana (51.65), and Kenya (47.67), being in the top five, reflects a mixed regional picture. Meanwhile at the lowest of the spectrum on the continent is Mozambique, whose overall score is 34.89.

One of the biggest challenges for African governments and media houses will be to close the media access gap between urban and rural areas. If this is left unattended, there is an increased risk of widening inequality between those who have access to a plethora of innovative and rich media options (TV and video in all forms: Linear, VOD, SVOD, OTT and all online platforms) and those who are not exposed to it.

Electricity is a necessity for new media expansion for all regions, and West Africa is seen prioritising urbanisation more than others. Southern Africa is viewed as prioritising fibre lines according to 17.66% of respondents, particularly with the South Atlantic Cable System arriving in the region. These respondents have however reported the highest data prices, with three quarters classifying prices as expensive and 33% say data is somewhat expensive, however 40% of them say it is very expensive.

Read: KQ CEO Sebastian Mikosz to resign before his contract runs out

“The 21st century new media wave has been driven by the African people as they are choosing preferred mediums and content. Investors in Africa’s media industries can be assured that African media consumers are the same as media consumers in other markets who are perpetually craving better media services that are interactive and advertising that is created to each market’s unique nuances,” concluded De Nardis.

PRINCE INDAH AND SAMIDOH SET TO RELEASE A...

How Kenyan are minting millions in court from...

This is our way of telling readers we...

Andrew Kibe is right about Terrence Creative being...