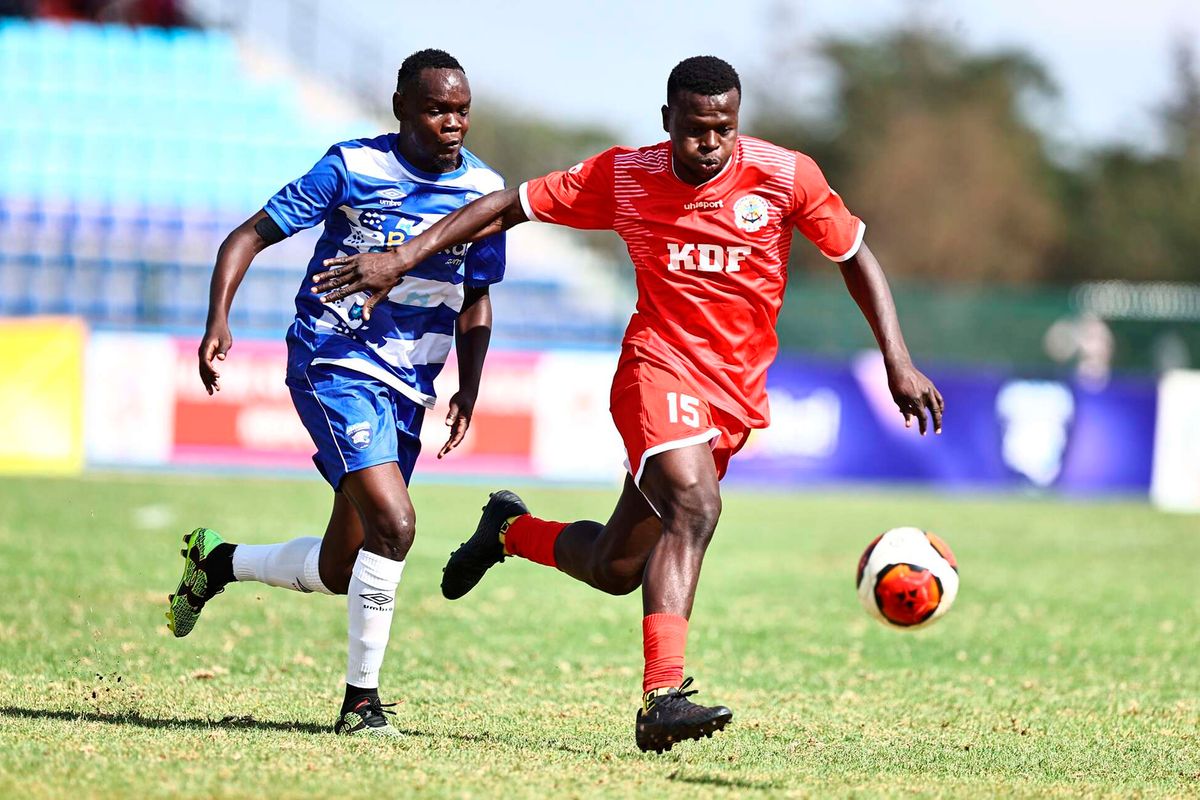 AFC Leopards started the 2022/2023 Football Kenya Federation Premier League campaign with a deserved 2-0 win over hosts Ulinzi Stars at the Ulinzi Complex in Nairobi on Saturday.

Nigerian import Kingsley Ojo scored the opener a minute after the start before doubling their lead in the second half from a penalty awarded after Maxwell Otieno was fouled in the box.

Ulinzi Stars coach Bernard Mwalala bemoaned his side’s failure to convert the chances created, especially in the second half.

“We lost today but I remain confident that we can register impressive results in the next games,” said Mwalala, who was leading military side in his first assignment.

His Leopards counterpart Patrick Aussems said: “We played well dominated proceedings and scored early against a very physical side. We must address the striking issue before the next match.”

Ulinzi could have pulled one back but Enosh Ochieng’s header from the box was saved from the goaline by Robert Mudenyu on 80 minutes.

Ochieng’s had been picked by Stephen Etyang’s pin-point cross. They threw away another opportunity when Etyang failed to beat Levis Opiyo in goal.

Leopards, who face champions Tusker in their next match, played without 10 players who are awaiting clearance from FKF including star forwards Victor Omune, Cliff Nyakeya and Ronald Shichenje.