Okutoyi v Seibold: Who will blink first in W15 final? 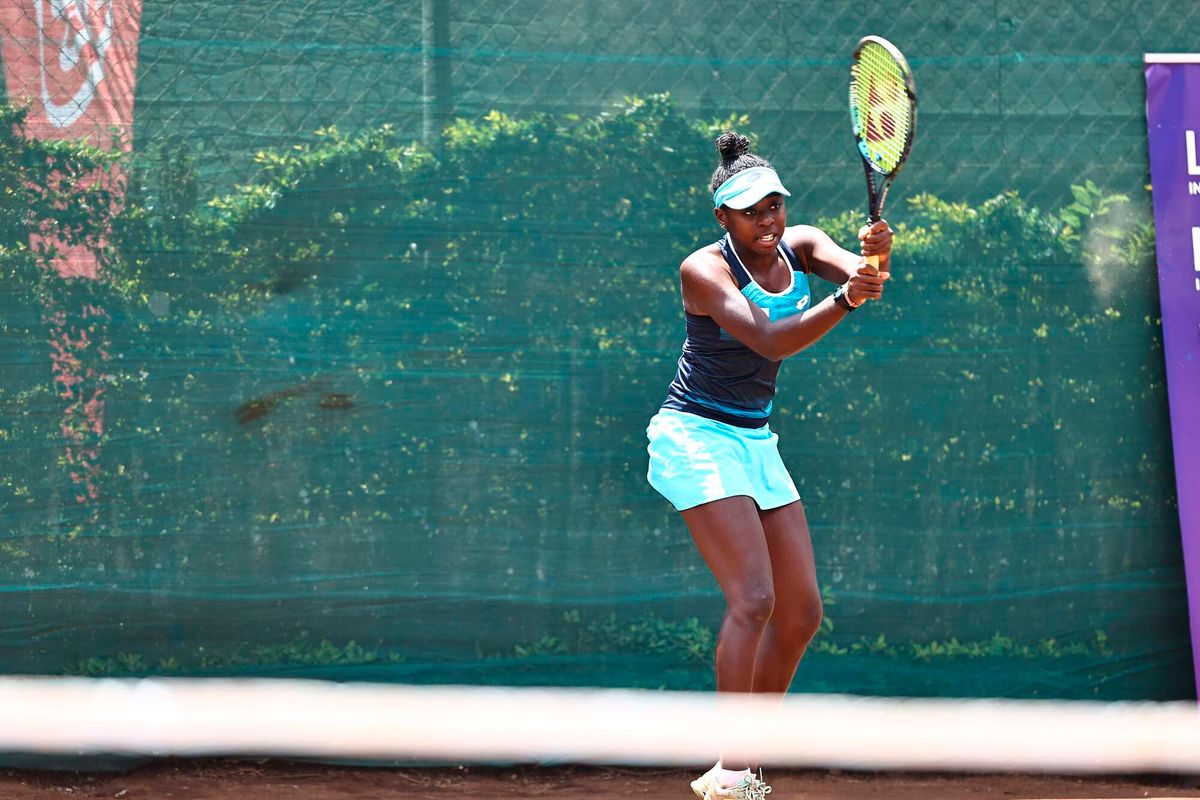 Kenya’s Angella Okutoyi is through to her first ever World Tennis Tour final after tossing out second seed Caroline Romeo from France 2-1 in a tough semi-final at Karen Country Club on Saturday.

Okutoyi will meet top-seed Emily Seibold, 22, from Germany in the final on Sunday.

The Wimbledon doubles junior champion looked like she would run away with victory easily after clinching the first set 6-2.

However, Okutoyi got some reality check in the second set after experienced Romeo, 28, put up a spirited fight to win it 6-3.

The 18-year-old former Kenya Open and Africa Under-18 champion made several blunders of hitting the ball out and on the net and seemed to lose grip of the match after she trailed 3-5 in the tiebreak.

However, backed by the home fans, Okutoyi regrouped, managing to reduce the gap to 5-4 with an ace and then leveled 5-5 and never looked back after 6-6 as she bagged the set 7-6(2) in an exciting match.

Before the ongoing W15 Nairobi, Okutoyi had never reached the final in eight W15 tournaments held in Nairobi, Sharm El Sheikh (Egypt), Marrakech (Morocco) and Monastir (Tunisia). Okutoyi has a career-high of 1501 in WTA Singles Ranking, while Seibold’s career best is 515.

I’m a born-again 50-year-old divorcee, but I have not found a worthy wife

GMO importation another Goldenberg scam in the making, says Azimio