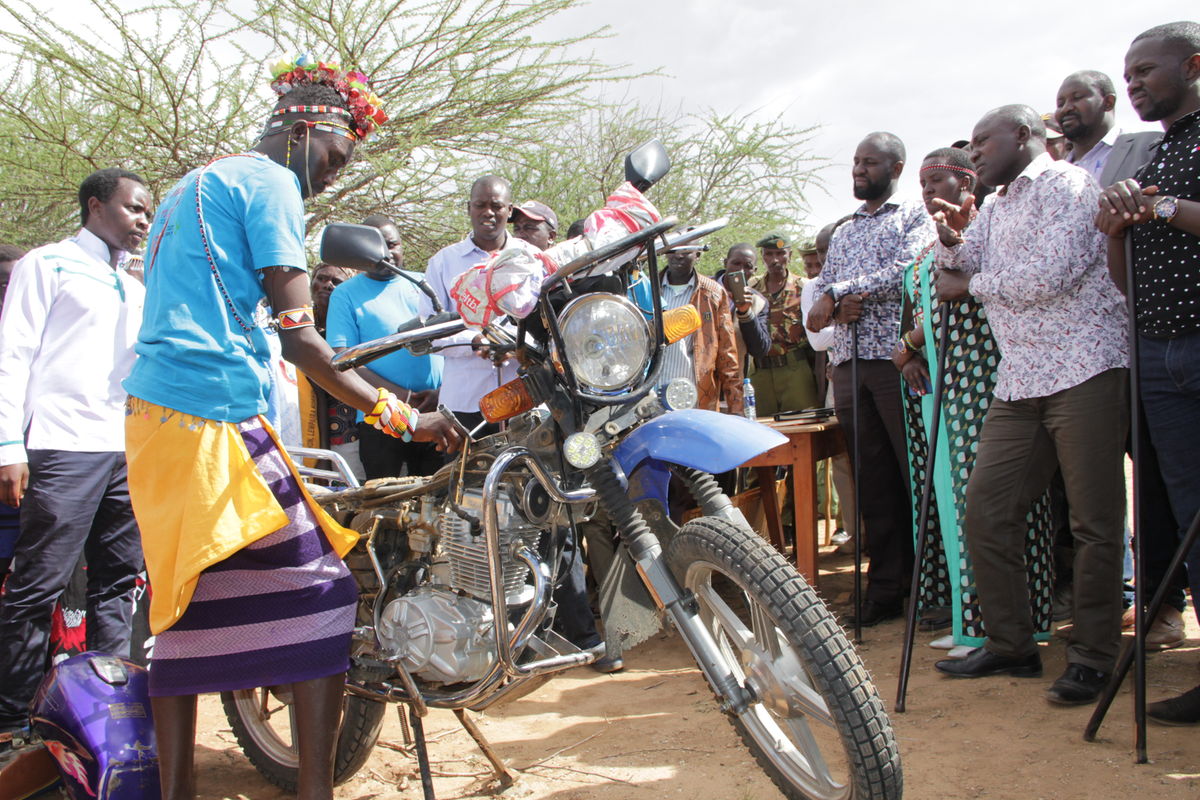 More than 700 youths from insecurity prone rural areas in seven counties have benefited from a programme aimed at empowering them to engage in lawful means of earning livelihood.

The programme started in 2019 and was implemented through a partnership between Northern Rangelands Trust (NRT) and the government’s National Industrial Training Authority (NITA) for certification of government’s trade tests. It targets northern Kenya counties of Marsabit, Samburu, West Pokot, Baringo Isiolo, Garissa and Laikipia.

Incidents of cattle rustling and banditry are common in these counties, which has been attributed to idleness of community warriors commonly called morans, many of whom have no formal education.

Mr Peter Nguno, the Ujuzi Manyattani coordinator at NRT said in the last three years, 754 youths have graduated after three months of training with men being the majority at 428. He said the type of courses offered at a certain area is determined by market needs of a particular locality.

“Our aim is to equip these morans with gainful artisan courses as a way of keeping them engaged so that they keep off from cattle rustling and banditry activities. For the women beneficiaries, several of them are victims of child marriage who were never given a chance to attend schools,” explained Mr Nguno.

He said the training takes place in deep rural areas close to the villages for accessibility to the target group and upon graduation, the trainees are given a free tool kit to establish small businesses at the rural shopping centres. It costs Sh100,000 to train an individual including the tool kits.

Mr Irungu termed the project as a panacea to resource-based conflicts and called for a stop to overreliance on livestock among the pastoral communities in the wake of a changing climate.

“I am impressed by the efforts by NRT to localize business in remote rural areas and involve people with no formal education. My administration will contribute Sh300,000 to support these young men and women to rent business spaces in their respective areas,” said the governor.

The beneficiaries of the project pledged to reach out to their peers and persuade them to join the programme.

“Most of my age mates are in the forest herding their parents’ cattle and engaging in criminal activities such as cattle rustling since they have no other way of earning a living. I will put up a small motorcycle garage at Naiperere village, Laikipia County. I caution my peers that the vices they engage in will only lead to early deaths and it is time to gain alternative life skills,” said 24-year-old Jackson Saitoti.

Another beneficiary, Seneto Mechami, 26, said she had never stepped in a classroom and initially thought she would not manage to learn tailoring.

“I have never been to school and have spent all my life herding livestock for my father before I got married. Though being semi-illiterate, I can now take measurements on individuals, operate the sewing machine and make a dress,” said Ms Mechami, a mother of two from Ilmotiok village, Laikipia County.