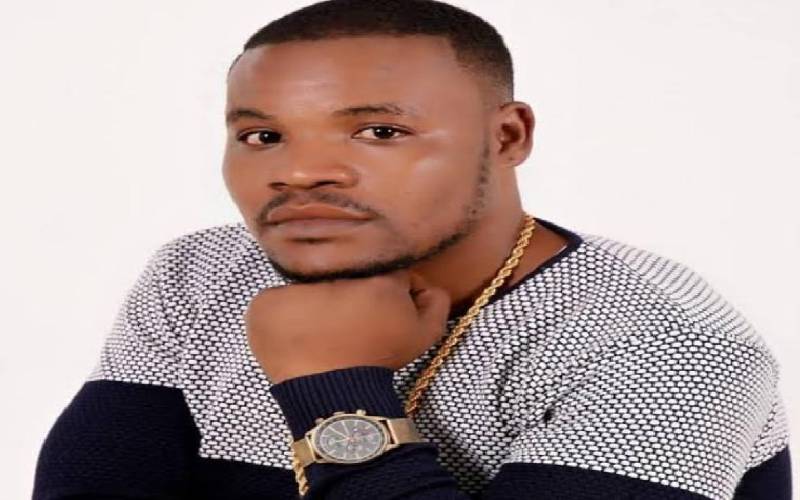 KenyaThe musician was buried at 2:30 am under tight security with his brother as the only witness

Monica Auma, Ohangla star Abenny Jachiga’s mother, and widow Belinda Aluoch, were on Saturday forced to lie on his grave to stop angry mourners from exhuming his body after his dawn burial at their Chiga home in Kisumu county.
Singing a dirge, Auma and the widow covered the grave pleading with the mourners not to exhume his body.
“Please don’t treat me like this, I beg you don’t remove his body from the grave,” Auma pleaded as she wailed.
SEE ALSO: Chaos as fanatic mourners spoil artiste Jachiga burial
The two covered the fresh grave prompting the angry mourners to temporarily abandon the planned exhuming.
The mourners were angered by the musician’s secretive and hurried burial conducted by armed police on Saturday morning and had vowed to remove and return the body to a morgue for a decent burial at a later date.
Despite blocking the burial on Friday in a chaotic scene that left scores injured, locals woke up to the news of Jachiga’s 2:30am burial by plain cloth officers and bouncers with only his younger brother Austin Omondi present.
It is against the Luo tradition to exhume a body from the grave once buried just like it is an abomination to bury someone at night like a stranger or suicide victim.
Locals have criticised the hurried burial and blamed Kisumu Governor Prof Anyang Nyongo and the police for colluding to inter their hero against his family and followers’ wishes.
SEE ALSO: Mourners defy police, Covid-19 rules to escort body of Ohangla musician
“We condemn this unnatural act and, we want to tell Nyongo and the police that this is against our traditions,” Onyango Amoke one of the mourners said.
The mourners said the musician did not deserve to be buried like an outcast yet he had a family, friends and followers.
“It is only those who commit suicide that are buried at night. Jachiga died from Pneumonia we don’t know why the county and police are doing this,” one of the mourners said.
During the dawn burial, sources told Standard Digital that only the musician’s brother was allowed to witnesses the burial.
Family sources said police and a group of bouncers went for Omondi (Jachiga’s brother) at 1 am and picked the body at St. Elizabeth hospital’s morgue then proceeded to bury it without other family members.
SEE ALSO: Police probe death of singer Abenny Jachiga
“He was buried under tight security with police who were in plain clothes and some bouncers at 2:30am.”

Govt steps up surveillance at border points to...