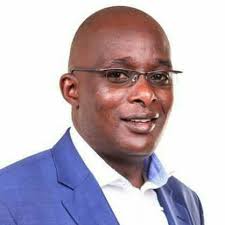 Drama ensued at Gichira stadium in Tetu subcounty during a funeral service for fallen veteran political operative Njanjo Wahome when fire spitting Nyeri politician Thuo Mathenge threw electrifying jabs at Governor Mutahi Kahiga after the latest devolved units’ survey placed him among the lowest counties in the country.
“Mr Governor, I must tell you here today that for the last two years, your administration has recorded poor performance in service delivery due to general laziness by your senior officers, graft and other vices like nepotism as you watch hands off,” Thuo told an embarrassed Kahiga who was seated at the dais.

Thuo was cheered wildly throughout his speech by a huge crowd of mourners as they kept on shouting toboa! toboa! (Reveal it all). Immediately, Thuo left the podium, a church cleric who was the main celebrant of the funeral service shot up and remarked that everyone should bear his own cross as he asked other speakers to come forward and eulogised the fallen political wheeler dealer-cum-businessman.
Consequently, the agitated governor left the ceremony in a huff. Other mourners included pro-William Ruto MPs Jane Kihara (Naivasha), Gichuhi Mwangi (Tetu) and Nyeri county women representative Rahab Mukami all of whom drummed up support for Ruto 2022 presidential bid. 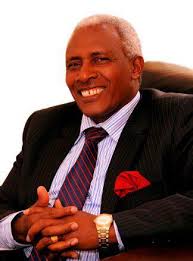 Other mourners included former powerful internal security minister Chris Murungaru, a host of ex- MPs and former MPs and ex- chairman of Mt Kenya Law Society GK Kibera.
Speaker after speaker eulogised Njanjo who was commonly known as kingmaker as a brilliant political strategist who was gifted in relating with downtrodden and the mighty in the society in a comfortable manner and his generosity was outstanding besides being charismatic in demeanor. 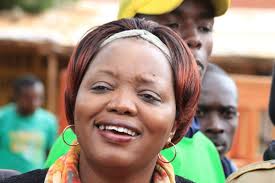 His remains were interred at his Gichira home as many mourners shed tears openly. He is survived by his widow Hellen Wanjiku with whom they have several children.

Kenya: Telkom Hits Out At Safaricom Over Merger Plans With Airtel