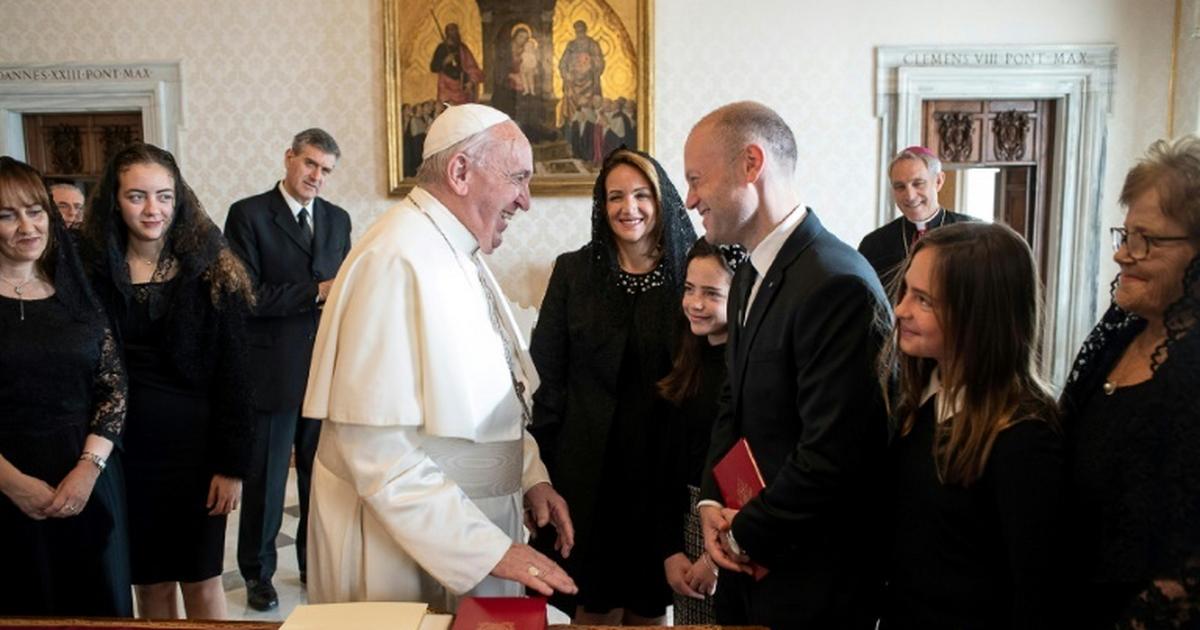 The Argentine pontiff met Muscat and his family for an event the Vatican said had been scheduled months ago.

Muscat said Sunday he will step down in January after mass protests over a much-criticised probe into the 2017 murder of investigative journalist Daphne Caruana Galizia, which has also led to the resignations of his chief of staff and tourism minister.

Twenty-two Maltese academics sent the pope a letter, dated before Muscat’s decision to step down, asking Francis to cancel a meeting they slammed as a “propaganda exercise” for the prime minister.

They said it would be “totally unwise, and pastorally undesirable” for the audience at the Vatican to take place, “given the serious and grave nature of the accusations and allegations which are plaguing” the government in Valletta.

Caruana Galizia, a mother of three described as a “one-woman WikiLeaks”, was blown up in a car bomb attack near her home in October 2017.

The reporter had become known for exposing cronyism and sleaze within the country’s political and business elite, including among Muscat’s inner circle.

Francis joined the cries of outrage across the globe over her slaying, sending a rare formal note of condolences, which are usually reserved for the deaths of prominent world leaders rather than private citizens.