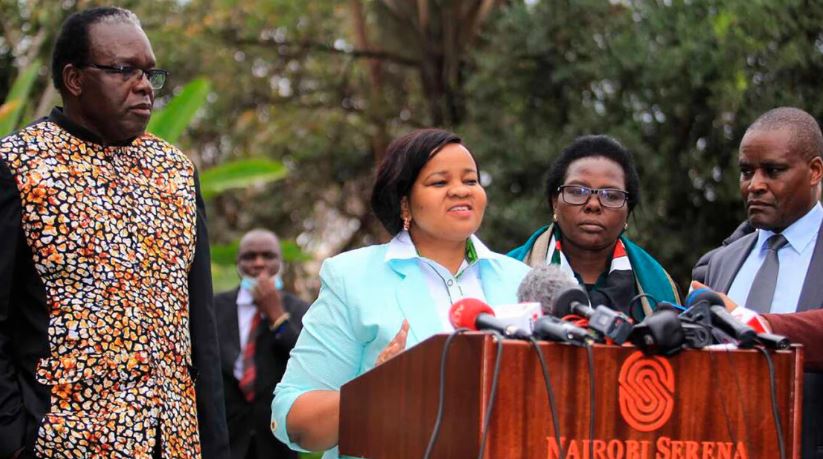 Speaking at a Kenya Kwanza Parliamentary Group meeting on Wednesday, Ruto indirectly gave the green light and told the MPs to “do what they have to”.

A source quoted the President as saying: “You should do what is right. If we don’t solve the problems facing this country, no one might solve them. In the future, the same problems will re-occur since we didn’t play our part as leaders.”

Another lawmaker intimated; “He didn’t tell us directly how to handle the matter but from the body language anyone could tell what he meant.”

Wetang’ula immediately approved the petitions and committed them to the Justice and Legal Affairs Committee of the National Assembly.

“The committee has 14 days within which to submit a report to the House as required under the Standing Orders. Once the committee table the report, the House will have 10 days to decide whether or not the petitions contain valid grounds for removal of the commissioners,” Wetangua directed.