Home Featured Put our troops’ welfare up there
Featured 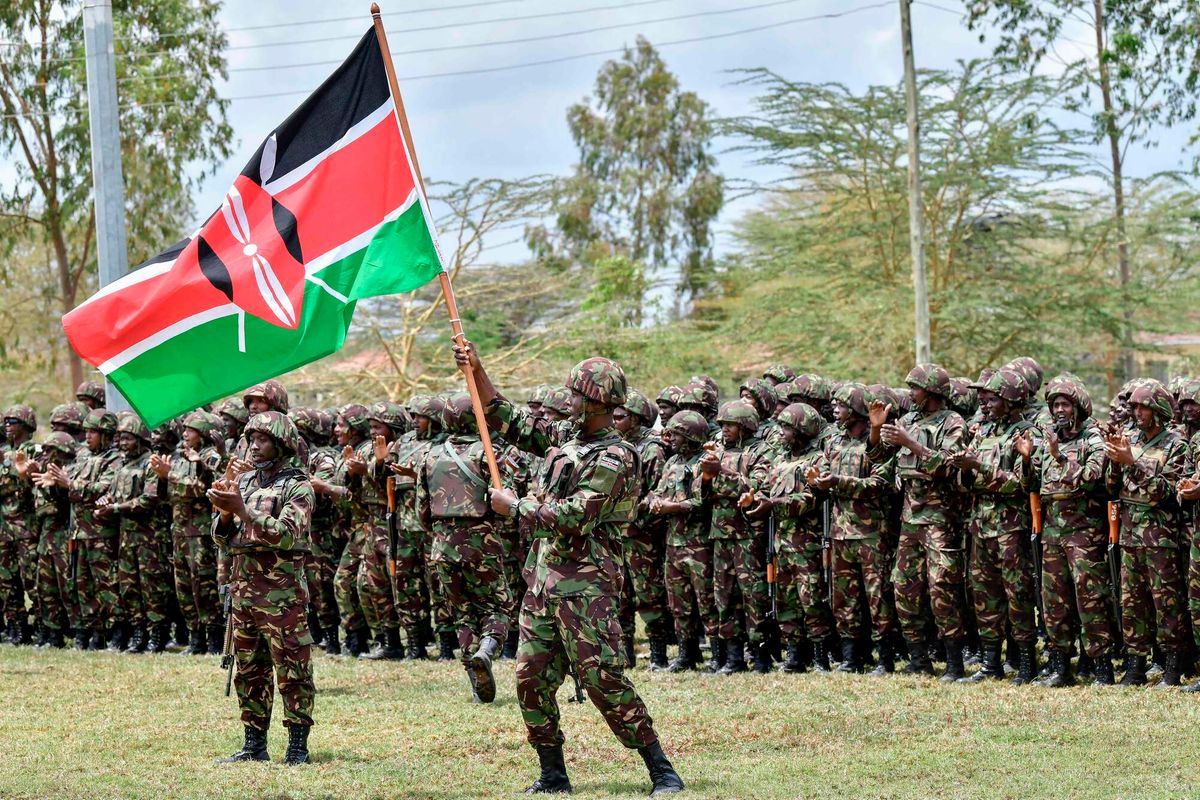 A few years ago, some guys from the Kenya Defence Forces came to see me at the Daily Nation. They had complaints about the way their bosses were handling their rations and allowances.

They were also unhappy about their living conditions in the bush. They were infested with ticks and all manner of other crawlies. A few things occurred to me as I interacted with them.

First, how young and impressionable they were. They were basically kids who strongly believed in the things they had been taught. Secondly, their training was hitting the right spots.

These were basically special forces people—audacious, action-oriented, never meant to spend years weighing pros and cons but to hit fast and hard and keep moving. Thirdly, the Kenyan military was at that point soft, used to the comforts of barracks life and many of them had never seen action.

Each military life is more precious than all the gold in the world. These young people have their entire lives ahead of them; they are the cream of our youth. And it has taken time and millions of shillings to train, mentally condition and arm them. It is a treasure that must be risked with utmost care and reluctance.

But the purpose of a military is not to hang around barracks living the soft life and avoiding danger: It is to fight, to engage in ordeal combat. That is how fearsome fighters are forged. Once you have a battle-hardened and experienced force, you can pacify your enemies without firing a shot.

Al-Shabaab has been terrible for our economy and society. It has exacted a high cost from us, killing civilians, police officers and soldiers. But it has been good to us in terms of being a tough adversary for hardening and giving battle experience to our forces.

Training and planning on the table and wall are all very well but the real deal happens out in the jungles and deserts with the bad guys shooting at you.

The forces now deployed in the Democratic Republic of the Congo (DRC) are very different from the ones that came to see me—or the fresh-faced ones that went into Somalia in Hummers and Chinese-made APCs. These ones are all business, well-trained, battle-tested; they ride technicals side-saddle like pros, they are kitted with boots, not wellies, and special forces rifles. These are our best soldiers.

Kenya needs to be clear about why it is sending these folks to DRC. The mission must be precise: Is it peacekeeping (by special forces?) or is it to fight? If it is to fight, who is it going to fight? And for how long?

DRC is a mess. There are presidential and legislative elections coming next year, complicating military activities. Uganda, Rwanda and Burundi are deeply involved in the Congo chess game. The three small countries are joined in ethnic, dynastic, historical and personal friendship ties and have been mainly united in exploiting the instability in DRC for kinship, strategic, diplomatic and economic benefit.

There are ethnic groups spread across Uganda, Burundi, DRC and Rwanda. The Tutsi (Abatutsi), for example, are in Rwanda, Burundi (Hima, or Abahima, and Banyaruguru), DRC (Banyamulenge and God-knows-what-other-Banyas) and Uganda (Banyankole, or Bahima).

The Tutsi, possibly a Cushitic group (the Bacwezsi, from whom the Ankole are reportedly descended, may have been Nilotic, although I have no expertise on the subject) were historically a ruling group.

Ethnic power relations and native brutality have turned the Tutsi into one of the most tragic ethnic groups, victims of the most atrocious massacres and genocide. In my own reading of the situation, the Tutsi have, as a consequence, banded together for self-preservation, protecting one another, a small group in a sea of resentment.

President Paul Kagame projects power in DRC to protect the Banyamulenge there and suppress the remnants of the Interahamwe, who, given half a chance, might very well resume their rather nefarious activities. I think, when the chips are down, the Museveni clan would also intervene to preserve the same, ethnically-allied groups.

This, of course, on top of other interests from here to ‘Timbuctoo’. Add to that the fact that DRC does not have a government that asserts authority directly in all parts of its vast territory. There is a patchwork of more than 130 militia or “rebel” groups that owe allegiance to local, and sometimes foreign, warlords, mineral factors, villains and profiteers.

How do our guys make or keep the peace in a manner that satisfies all these crafty and war-mongering buggers, keeping in mind that you might think you are shooting at M23 while, in actual fact, you are at war with a valued, friendly neighbour?

How do you guarantee Rwanda’s security now and in future? How do you prevent blood-thirsty groups from rising from the Congo and over-running the tiny country 50 years from today?

Who will rule DRC in the peace we are attempting to create? The government in Kinshasa? What vital Kenyan interests justify deploying forces to deal with this old, stable, complicated and self-sustaining conflict?

Actually, in my way of thinking, our most important interest may well be the welfare of those boys.

Accept Ethereum for Your Business. Why and How? : TechMoran