Reprieve for Kiunjuri as his main rival seeks to withdraw petition 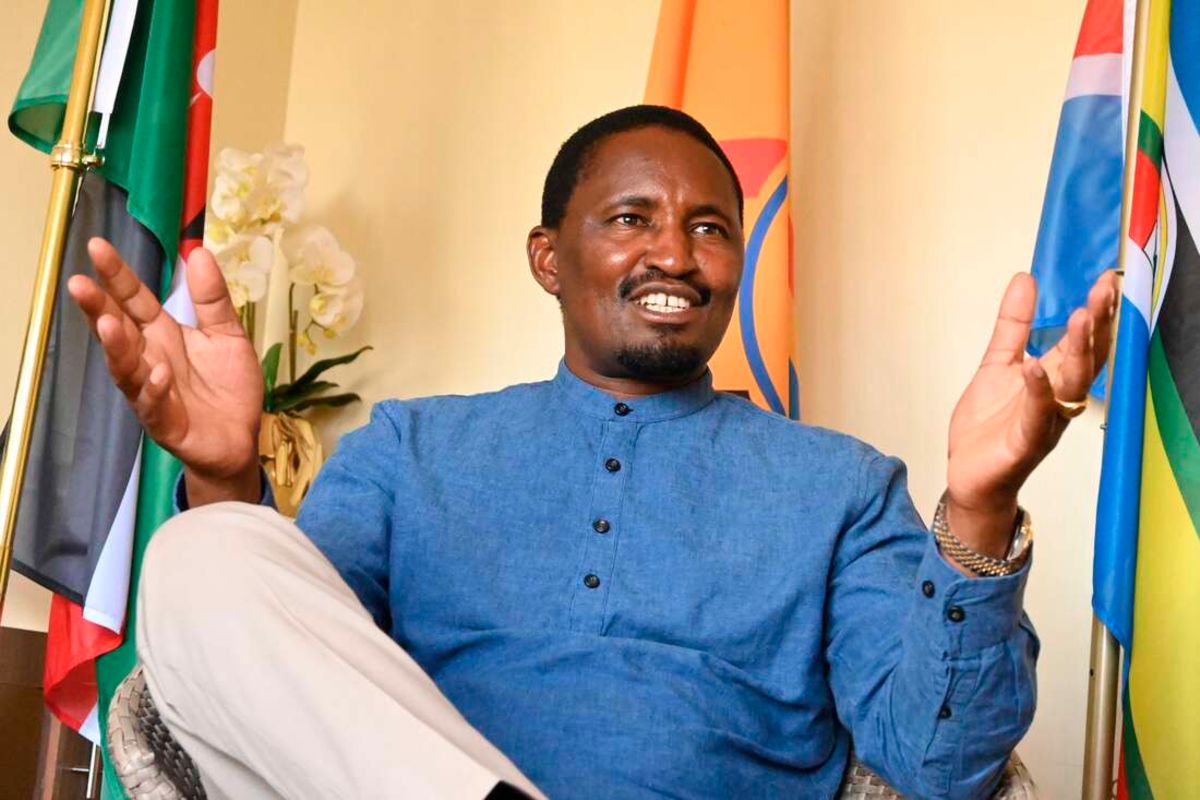 Laikipia East MP Mwangi Kiunjuri has inched closer to having a petition challenging his election victory withdrawn from court.

Mr Kiunjuri heaved his first sigh of relief after his main competitor in the August 9 General Election sought to withdraw the petition.

Mr Kiunjuri’s predecessor, Mr Amin Deddy Mohamed, had filed a petition at Nanyuki High Court, claiming that the elections were marred with irregularities.

Mr Deddy was seeking to reclaim his seat via the United Democratic Alliance (UDA) ticket while Mr Kiunjuri contested on his The Service Party (TSP). Mr Kiunjuri garnered 30,057 votes against Mr Deddy’s 28,021 votes.

Through his lawyer Rose Muthike, Mr Deddy told Justice Abigail Mshilla that he wanted the matter before court withdrawn.

Justice Mshilla is set to make a determination on the withdrawal of the application when the matter comes up for hearing on December 6.

Ms Muthike confirmed to journalists on Thursday that the former MP had decided to withdraw the matter.

“I can confirm that we received instructions to file an application to have the petition withdrawn. That application has been filed this morning before the judge and directions have been given on how it will be heard. The court will make a determination on the issue of the withdrawal of the petition,” Ms Muthike said outside the court.

“For now, we can just say that we had made good steps in the hearing of the case and we believe that we had placed a good case before the court,” she added.

The lawyer also requested the court to grant them seven days to draw, publish, file and serve the respondents with the application in which the court shall make its ruling.

Mr Deddy, through his lawyers, Ms Muthike and Mr David Makworo, wanted the court to nullify the election and endorse him as the winner citing malpractices.

Mr Deddy had claimed that some presiding officers colluded with the IEBC officials to bungle the election.

“We have evidence to prove that the returning officer, presiding officers and other members of the IEBC were compromised. They held meetings with my competitor before, during and after the election. We will prove this before the court,” Mr Deddy told the media while filing the petition.

“We believe in the voice of the people and the rule of law. We have 191 polling stations in Laikipia East and I won in 100 of them. That clearly shows who clearly won and we are going to table evidence before the judge,” he added then.

Both frontrunners in the race were from Kenya Kwanza coalition that is led by President William Ruto.