Revealed: The gold scammers of Eldoret targeting the elderly 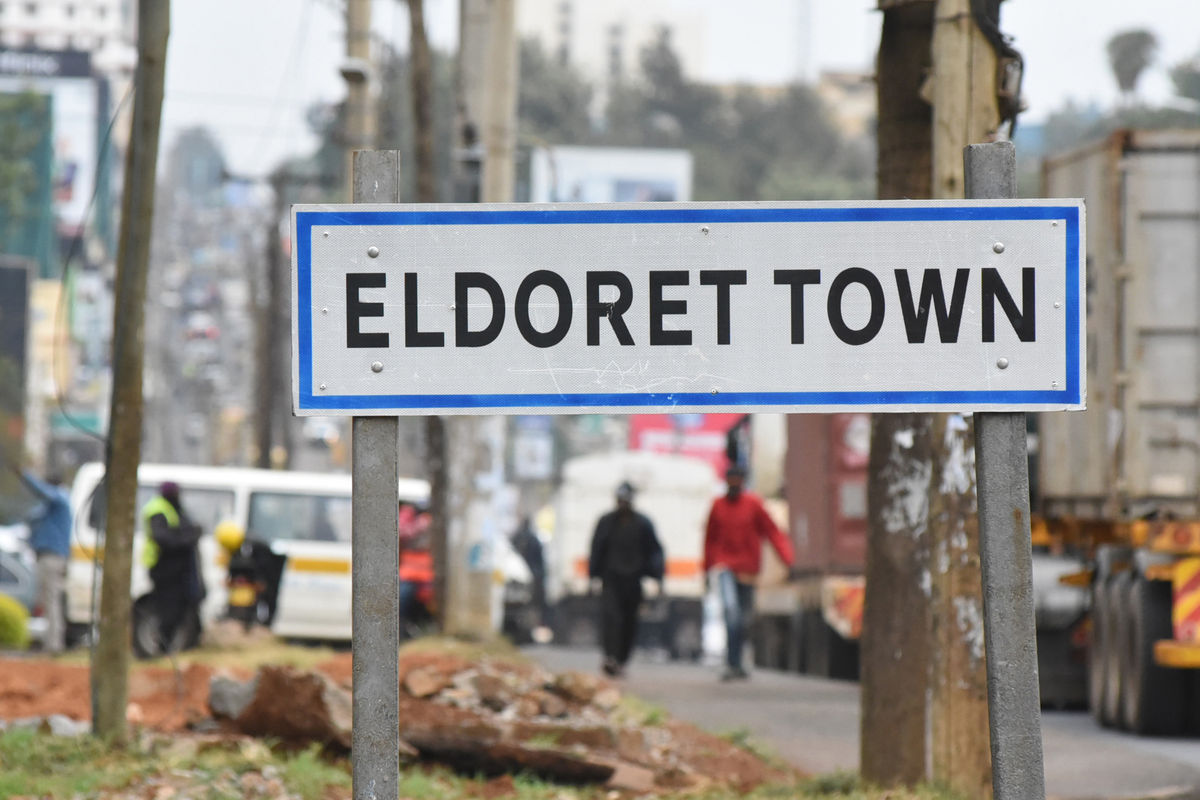 One that month, he left his home to buy silage for his cows in Kapsoya estate, Eldoret.

He met a young man, who duped him into buying fake gold that has cost him his title deed for land worth millions.

The young man, who identified himself as Brian Kiprop, also posed as a dairy farmer. He told Pastor Yano that he was interested in visiting his farm to do benchmarking for his livestock rearing.

As an elder and a church leader with a desire to challenge young people to engage in serious farming, Pastor Yano happily invited the young man to his farm.

Beginning of his troubles

Little did he know that the visit was the beginning of being trapped in a gold scam business.

Brian and Mzee Yano became friends and exchanged their mobile phone numbers, signifying the beginning of their friendship. To strengthen their relationship, Brian also invited Pastor Yano to his farm.

A few days after their meeting, Brian called Mzee Yano and told him that there was an old man from East Pokot who had a precious stone for sale that he could only sell to elderly people as opposed to Brian, who was young.

To make the deal look lucrative, Brian told Mzee Yano that there was someone willing to buy the gem with good money from the elderly man.

Convinced that the deal was good and the young man appeared genuine, Mzee Yano fell victim to the trap and agreed to meet Brian and the elderly man from East Pokot who was to sell the precious stone.

Brian, Mzee Yano and the East Pokot man, identified as Edward Chesire, met at Sirikwa hotel to discuss the deal.

While at Sirikwa, Brian talked to another man via his mobile phone who directed the trio to move to the Huduma Centre to meet the purported buyer.

On arrival at the Huduma Centre, Chesire gave Mzee Yano the precious stone, who in turn handed it over to Brian, who was to present it to the purported buyer, who identified himself as Micahel Smith, a white man.

The man at the Huduma Centre confirmed to Smith that the stone was a genuine gem measuring 5.6 inches.

After negotiation, the white man agreed to buy the stone for Sh55 million and promised to pay the money in dollars the next day.

Chesire, the old man from East Pokot, went back with the stone to return the following day to collect his payment.

Brian directed Mzee Yano to call Chesire to inform him about the next meeting venue to complete the transaction.

Chesire told Mzee Yano that he was not ready to transact the business in Eldoret for fear of being robbed of the proceeds from the sale of the stone. He recommended that they meet in Kabarnet.

All these movements were schemes to defraud Mzee Yano.

After signing an agreement with a shylock in the office of an Eldoret lawyer, the shylock left with the title deed to bring the money to Mzee Yano for the purchase of the gem.

That is how Mzee Yano lost his title deed, as the schemers would go missing soon after he surrendered the money and the title deed.

Two years later, another man came with the title deed, threatening to evict Mzee Yano from his parcel of land in Kimumu estate in Eldoret, accusing him of failing to pay back the Sh3 million loan he secured from him using the title deed.

Mzee Yano did not buy the purported stone and lost his title deed.

Upon realising that he had been conned, he reported the incident to Eldoret police station.

He appeared before Senior Principal Magistrate Richard Odenyo last year and denied the charge. He was released on Sh20,000 cash bail.

Since then he has been skipping court hearings, forcing prosecutors to adjourn them.

On November 15, the case sailed to proceed as expected because the accused did not appear in court. Instead, his lawyer Elijah Ayieko told the court that his client was sick and asked that the matter be adjourned to allow his client to recover.

The magistrate objected to the lawyer’s request and instead issued a warrant of arrest against the suspect. He directed the police to present him in court as soon as possible. The matter will be mentioned on November 22.

This incident is just the tip of how gold fraudsters are conning elderly people and traders in the North Rift.

According to Mzee Yano, gold scam cartels know how to use the law and are well connected.

“These cartels have a network and they are well connected people who know how to use the law to delay the legal process as they continue defrauding Kenyans,” he said.

The purported gold they use to con people is said to originate from the war-torn Democratic Republic of Congo (DRC), and sometimes from West Pokot.

The smart conmen and women said to be relocating from Nairobi seem to be targeting wealthy farmers and athletes.

In November 2021, an Eldoret court found two men guilty of dealing in fake gold and sentenced them to 18 months in jail, with an alternative of a Sh100,000 fine each.

In the same court was the case of an MCA from Nandi County who was conned of Sh800,000 by three people who purported to be in a position to sell him gold valued at Sh5 million.

“Someone who purported to know me very well called me and informed me about the good deal she had and convinced me since she was communicating in my mother tongue fluently,” said Mr Jack Kevolua, the MCA.

A majority of fake gold dealers are men and women living opulent lives and driving high-end vehicles who are capable of affording expensive lawyers to represent them in court.