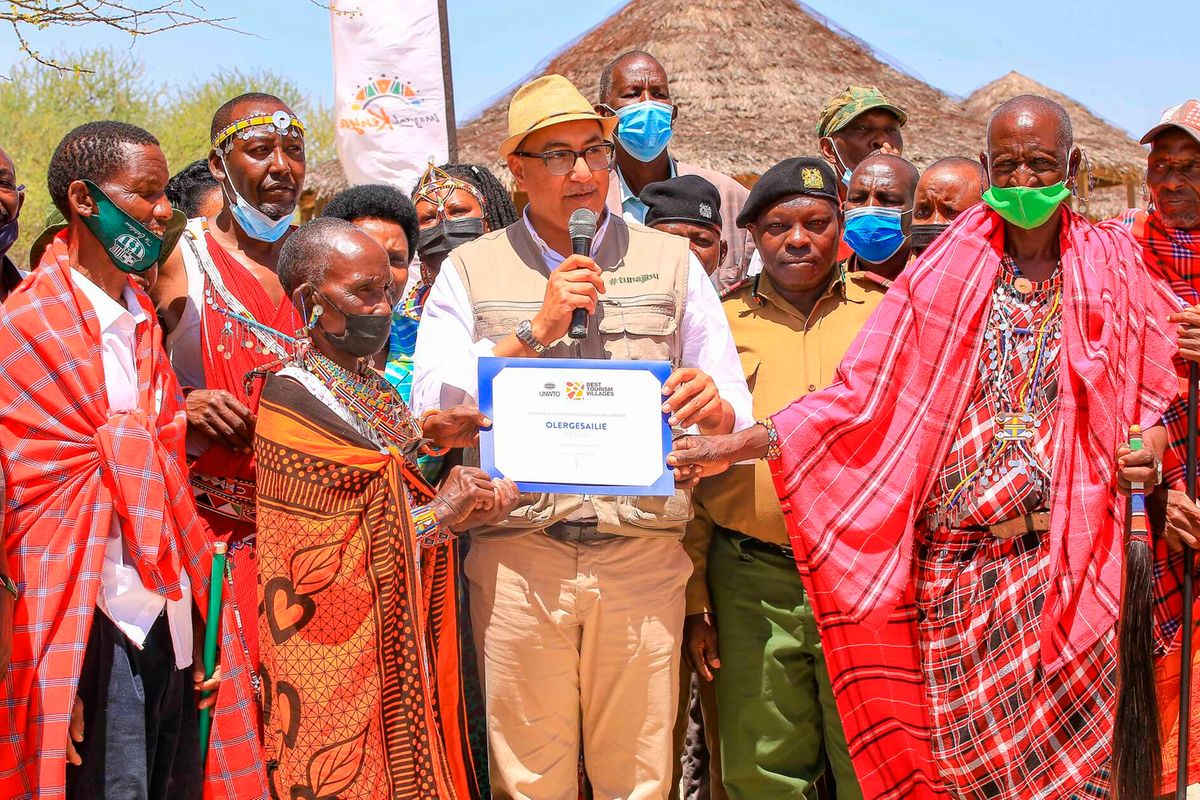 The Kajiado Maa Museum and Centre for Indigenous Cultures (MMCIC) has raised concern regarding the alleged subdivision and sale of land within the protected Olorgesailie prehistoric site in Kajiado West Sub-county.

A local land-buying company is said to have questionably acquired 40 acres in the area. The sale of the 50 feet by 100 feet plots in a project to construct residential homes that is now in its third phase has sparked protests from elders and other stakeholders. Subdivision is prohibited in the property that is registered as communal land.

MMCIC has now petitioned members of the World Heritage Committee Advisory Bodies, the National Museums Of Kenya, the Kenya National Commission for Unesco, the Ministry of Lands and other government agencies in an effort to stop further subdivision and sale of the land.

“We want the developer to halt the [project] until a cultural asset mapping is undertaken, development of buffer maps [done] and the [project linked] to culture, tourism and economic development of the area as per the UNWTO [United Nations World Tourism Organisation] frameworks,”the petition, which the Nation has seen, reads in part.

MMCIC has accused the land-buying company of using underhand means to obtain its approvals for subdivision, claiming that the maps clearly identify Oltepesi village as the project site while, in reality, the sale is going on in Olorgesailie.

Olorgesailie was voted the Best Tourism Village by UNWTO during the 24th session of its General Assembly in Madrid, Spain, last year. The award acknowledged efforts by locals to embrace ecotourism as a path to sustainable development.

The Olorgesailie prehistoric site was discovered by Louis and Mary Leakey in the 1940s before being excavated by Glynn Isaac for his dissertation research during the 1960s. A museum was gazetted in 1970.

The Best Tourism Village Champion (BTVC) and honorary warden, Mr Charles Leshore, told the Nation on Tuesday that the proposed development will interfere with critical archaeological evidence that forms the basis for its nomination as a world heritage site.

In January, when handing over the UNWTO Best Tourism Village certificate to locals, former Tourism and Wildlife Cabinet Secretary Najib Balala assured them of the government’s commitment to improving the infrastructure within the prehistoric site to encourage more visits by domestic and foreign tourists.

According to local lore, Olorgesailie means the place where their ancestors were buried by volcanic eruptions from Suswa and Longonot mountains many years ago. They believe that the site used to be a freshwater lake with their ancestors living in nearby human settlements.

The prehistoric site offers a unique insight into the evolution of early humans and contains evidence of continuous human activities from 1.2 million to 490,000 years ago.