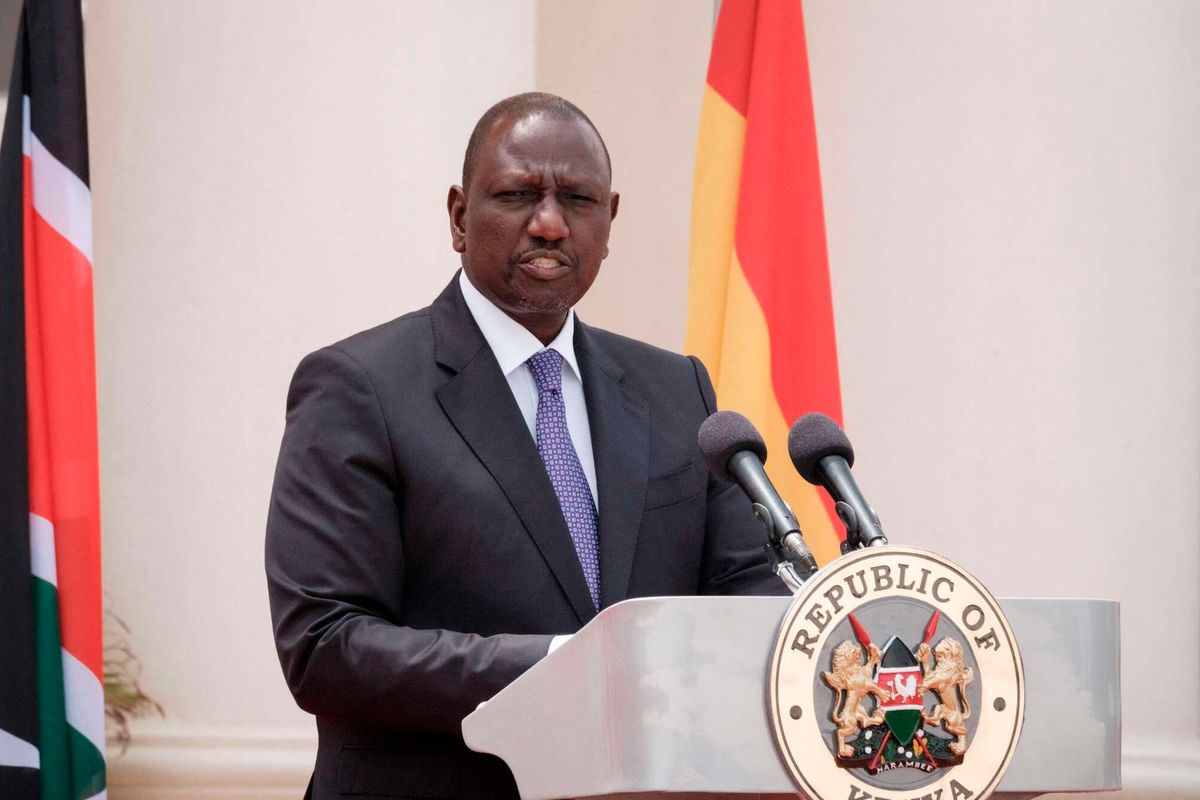 The government’s decision to establish the Sh50 billion Hustler Fund has been challenged in court by two civilians who claim that the kitty is illegal and an avenue to loot public coffers.

The petitioners, Mr Bernard Odero Okello and Kevin Ndoho Macharia, want the court to suspend implementation of the fund and disbursement of loans pending determination of the lawsuit filed at the High Court in Milimani, Nairobi.

They claim that the ongoing disbursements are unlawful because the government is yet to appoint a board of directors to regulate the Hustler Fund and a Chief Executive Officer as required by the Public Finance Management (Financial Inclusion Fund) Regulations, 2022.

According to the regulations, the functions of the board include reviewing and approving financial statements of the Fund before submission to the Auditor-General and mobilise resources for the Fund.

They add that the Fund was rolled out without any appropriation by the National Assembly as required in the Regulations and the Public Finance Management Act, 2012.

“Over Sh100 billion will be unaccounted for from the consolidated fund without proper administrative mechanisms to safe guard the same as required under the constitution and the Public Finance Management Act as read together with the regulations establishing the fund,” says the petitioners.

The regulations were effected through Kenya Gazette Supplement No.190 on November 23, 2022.

President William Ruto launched the fund on November 30, 2022 and announced that the capital amount currently stands at Sh50 billion.

The president has also indicated that a further roll out of the second phase of the fund is to be released to the public soon.

“Despite clear roles of the board, in the absence of which the operation of the fund would be naturally impossible, the president rolled out the fund to a tune of Sh50 billion. The roll out put to risk public funds contrary to the principle of prudence under the constitution and related legislation concerning public finance,” say the petitioners.

They want court to issue temporary orders stopping disbursement of the fund. They also want an order directing the Attorney-General, Office of the President, Parliamentary Budget Office, Cabinet Secretary National Treasury, Controller of Budget and Central Bank of Kenya to provide information about the source of the funds that have been disbursed.

Also sought is an order directing the government to render an account of the funds already disbursed after the launching of the financial inclusion fund.

In addition, they want temporary orders against Safaricom Plc, Kenya Commercial Bank and Airtel Kenya compelling them to stop sharing personal information of their subscribers’ and customers with the National Treasury through the various platforms used to roll out the fund.

The petitioners have also sought an order against the National Social Security Fund (NSSF) directing it to confirm the qualification and registration of the citizens who have already borrowed money from Hustler Fund and have been forcefully applied into pension schemes.

The government is yet to file its response and the lawsuit is yet to be heard.