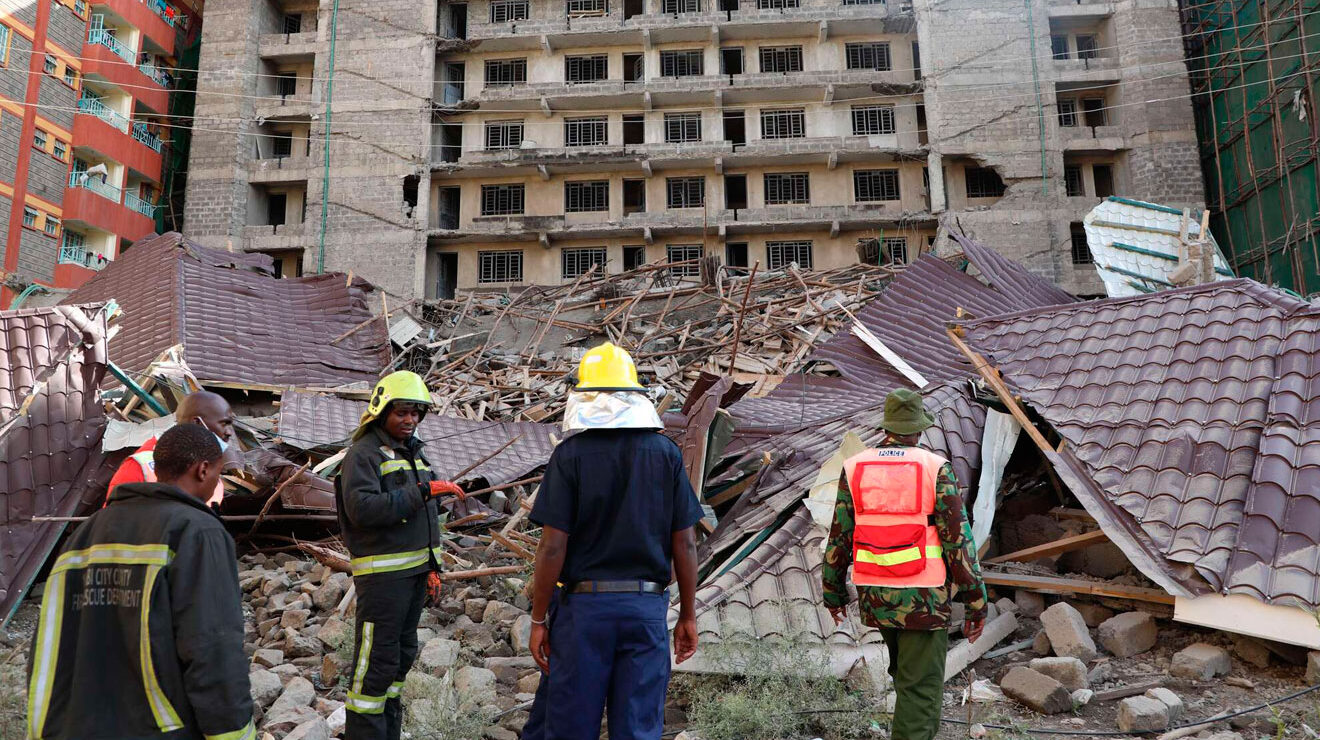 The site of the collapsed building in Kasarani on November 15, 2022. PHOTO | LUCY WANJIRU

Nairobi Governor Johnson Sakaja has said the collapse of a seven-storey building in Kasarani that has claimed three lives was caused by corruption and impunity.

Speaking after visiting the scene of the accident, Sakaja condoled the families of the bereaved while faulting the contactors for their negligence.

“These people came here to try and earn a living but lost their lives. This tragedy was caused by corruption and impunity. We pass our condolences and sympathies, and we will find a way to support those families,” said Sakaja.

“This building had an enforcement notice starting last year. Yesterday, the National Constructions Authority (NCA) was here and closed the site but the contractor went on. As a county, we are going to take action,” he said adding that the developer of the project will also be charged of murder.

“We will ask the DCI to find that developer because the standard of the materials used were of low quality. He did not get any permit from the county, but because of impunity he decided to go on,” Sakaja said.

The county boss said that his government will ensure buildings that do not comply with the laws will be pulled down as a way of ensuring public safety.

“I know this problem has been there for very long. I was in Huruma in 2016 when a building collapsed and we lost children and women. The former president was there, he talked but nothing happened. Now that we are in charge, you will see action. I have already changed the technical team to meet in Nairobi today. We will conduct investigations, and if I find any officer from Nairobi County having been involved, they will go home and they will be charged,” he said.

According to NCA thousands of buildings in Nairobi exist without approval. The county has also recorded 87 building collapses over the past five years while an estimated 200 people have lost their lives and more than 1,000 injured in such incidents over the same period.