Sakaja, Nyong’o and Ntutu to face MPs over audit queries 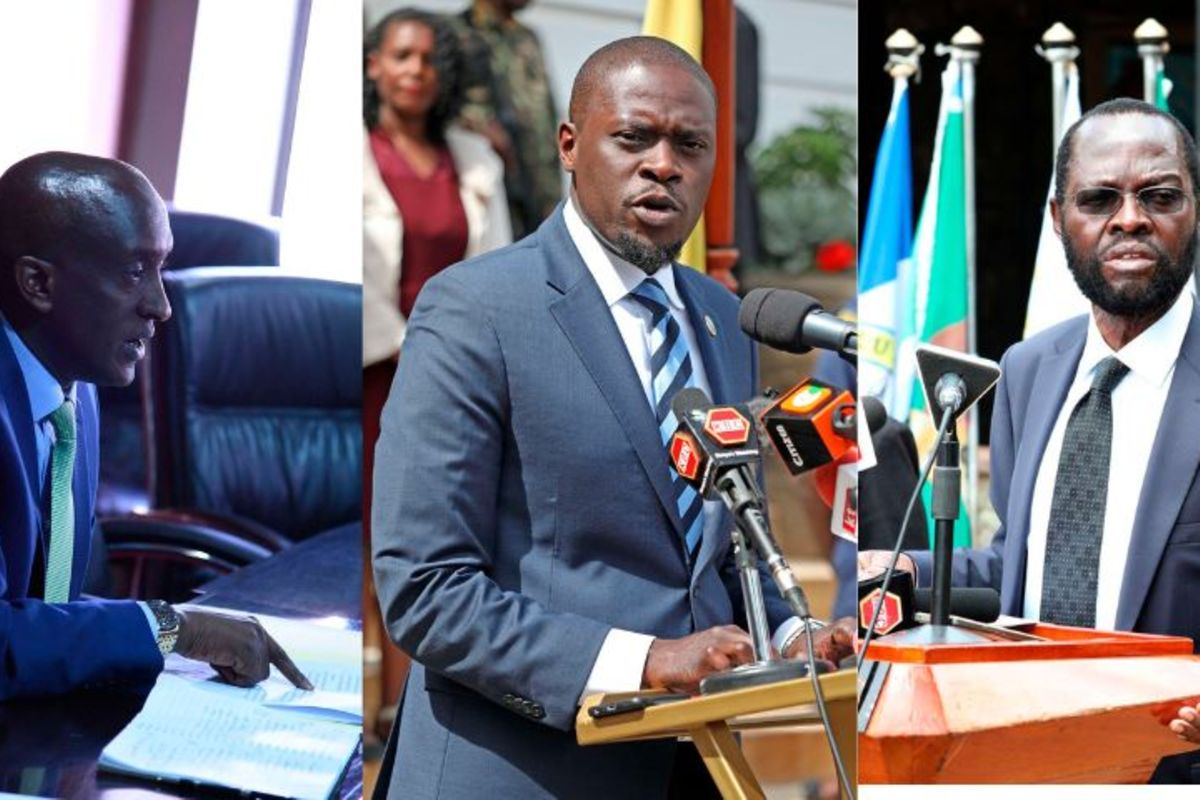 A parliamentary committee has summoned three governors over the audited accounts of their various investments and special funds, which have not been considered since the advent of devolution in 2013.

The Senate Committee on County Public Investments and Special Funds (CPISFC) wants governors Johnson Sakaja (Nairobi), Patrick ole Ntutu (Narok) and Prof Anyang’ Nyong’o (Kisumu) to appear before it separately from Tuesday next week to explain the various audit issues raised by the Office of the Auditor-General for three financial years.

Mr Ntutu will be the first to appear before CPISFC, the newly created House committee chaired by Vihiga Senator Godfrey Osotsi, on Tuesday next week over the Auditor-General’s report on the accounts of Narok Water and Sewerage Services (NWSS) for the three financial years.

Mr Sakaja will follow on Wednesday, on the accounts of Nairobi City Water and Sewerage Company (NCWSC) for the three financial years.

Prof Nyong’o will have a date with the committee on Thursday to deal with the audited accounts of Kisumu County Car and Mortgage Scheme Fund and the Kisumu Water and Sanitation Company Limited for the three years.

The letters by Senate Clerk Jeremiah Nyegenye sent to the three county chiefs want them to submit their written responses to the relevant Auditor-General Regional Hub Office and his office by email at least seven days prior to their scheduled appearance before the committee.

The responses, Mr Nyegenye says, should include supporting documents answering the specific issues raised in the audit reports.

“The committee shall not accept management responses that are submitted to the Auditor-General Regional Hub Office and the committee outside of the set timelines,” reads Mr Nyegenye’s letters to the governors.

The Standing Orders provide witnesses invited before a committee of the House be given at least seven days within which to prepare and appear.

Mr Nyegenye’s letters to the governors state that the committee will also not accept management responses that are submitted to the Auditor-General Regional Hub Office and the committee for the first time on the day of appearance. This is to avoid ambushing the committee members.

The county chiefs are also required by the Senate Clerk’s office to avail to the committee 15 hard copies of the management responses together with supporting documents for each financial year under review on the scheduled day of appearance.

Yesterday, Mr Osotsi said the appearance is crucial as the committee has a huge backlog to clear so as to comply with the country’s audit cycle as provided for in the Constitution and the Public Finance Management (PFM) Act.

“We have no time given the magnitude of work we have. The committee is requesting the county governors to abide by the details contained in the letters issued to them by the House Clerk and appear as scheduled. We don’t want to listen to requests of postponement because we are prepared and ready to listen to them,” said Mr Osotsi.

This is because CPAIC had a lot on its plate to deal with the audited accounts of the county executive and the county assembly, leaving the county investments and the special funds unattended from inception of devolution in 2013.