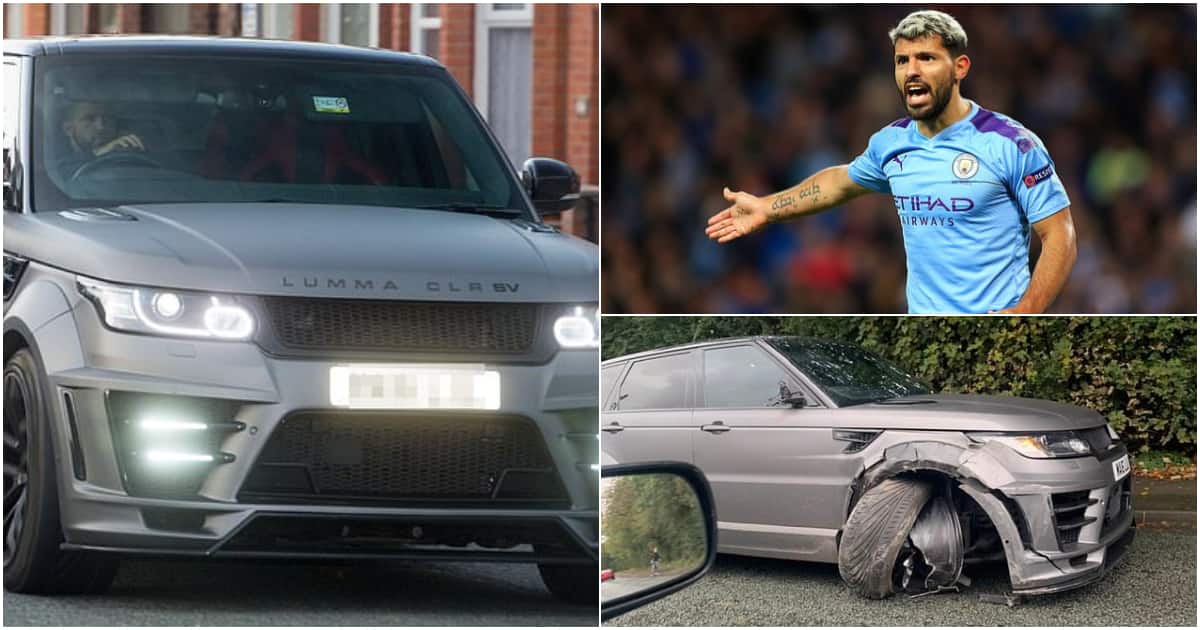 – Aguero was involved in a car crash as he made his way to training on Wednesday, October 16

– Images of his severely damaged Range Rover Sport have since surfaced

Manchester City star Sergio Aguero has been involved in a car crash ahead of Man City’s Premier League cracker with Crystal Palace on Saturday, October 19, at Selhurst Park Stadium.

According to a Daily Star report citing Sky Sports, the Argentine forward escaped unhurt, but it is still not clear if he will get Pep Guardiola’s nod to play a part during the game.

Aguero was not involved in international duty with Argentina during the second break of the new campaign.

However, on his way to training to Man City’s Etihad Campus on Wednesday morning, October 16, he was involved in a minor car crash.

Aguero was riding in his KSh 20 million (£150,000) LUMMA CLR SV Range Rover Sport at the time of the accident.

The 31-year-old fortunately walked away from the scene unhurt, with images of his ride showing damage on the front right wheel.

Sky Sports suggest Aguero reported to the CFA – City Football Academy, alongside City squad, but was not checked by the club’s medical team.

“We understand he is unhurt after being involved in a small car collision, we’ve been told that he’s had a bump this morning,” Sky Sports presenter David Gorrido was quoted saying.