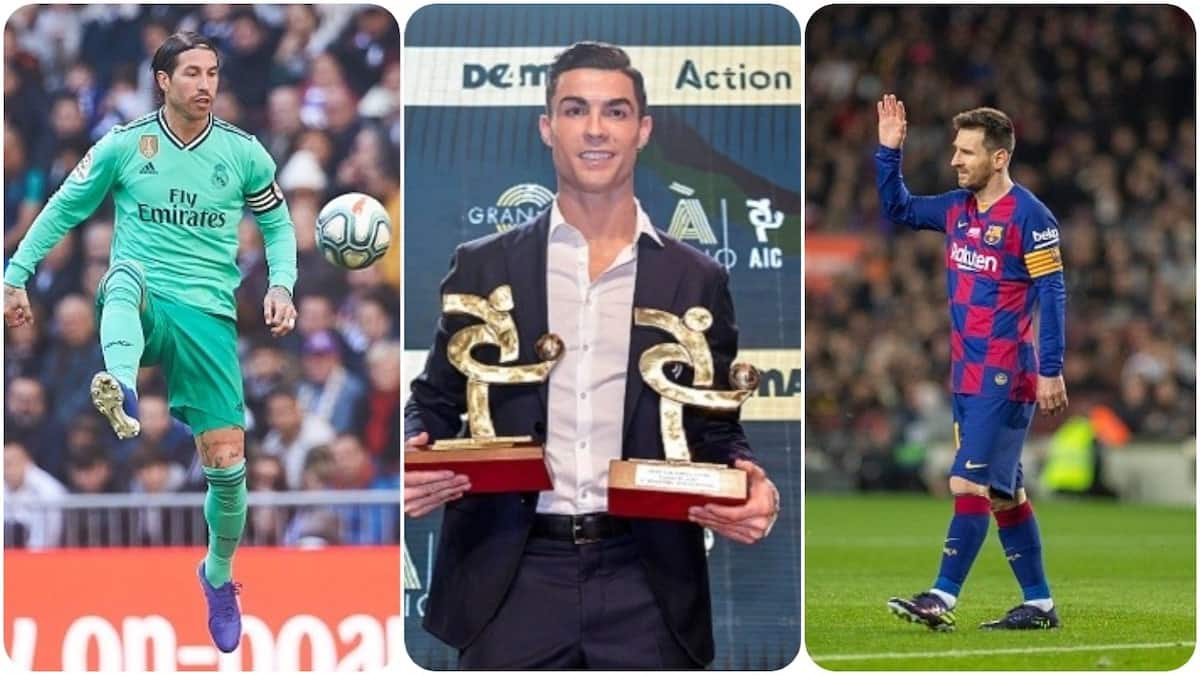 – Ramos has scored five goals in 19 appearances for Los Blancos

While urging the organisers to create another one for other players to contend for since it is very hard to break the dominance of the above-named stars.

It was the Argentine’s sixth Ballon d’Or award having won one more than his arch rivals who joined Juventus last summer.

With many collective and individual players, Ramos and several other players are in shadows of Messi and Ronaldo for the past 12 years.

“They could make a Ballon d’Or only for Cristiano and Messi depending on results…and another for the rest,” Ramos told Mexican broadcaster TUDN. “In the end, it would be better for football.”

Ramos, 33, has been a force to reckon with at the Santiago Bernabeu having joined Los Blancos from Sevilla in 2005.

He has scored 89 goals and 38 assists in 625 appearances across competitions – winning four Champions Leagues and several other domestic and continental silverware.

I will play until the excitement goes, but my excitement is very great,” Ramos said, as quoted by Marca.

Earlier in the year, Messi won FIFA The Best award after beating both Van Dijk and Ronaldo to the prize.

Messi recently proved yet again why he should be regarded as the world’s best after producing a spectacular performance against Mallorca in a La Liga tie.

Barca captain put on the sort of performance that won him the accolade as he found the back of the net three times against Mallorca on Saturday, December 7.

Do you have an inspirational story you would like us to publish? Please reach us through [email protected] or WhatsApp: 0732482690. Contact Tuko.co.ke instantly

Have you ever been scammed while shopping online? | Tuko TV:

Dortmund’s Witsel out until new year with facial injury