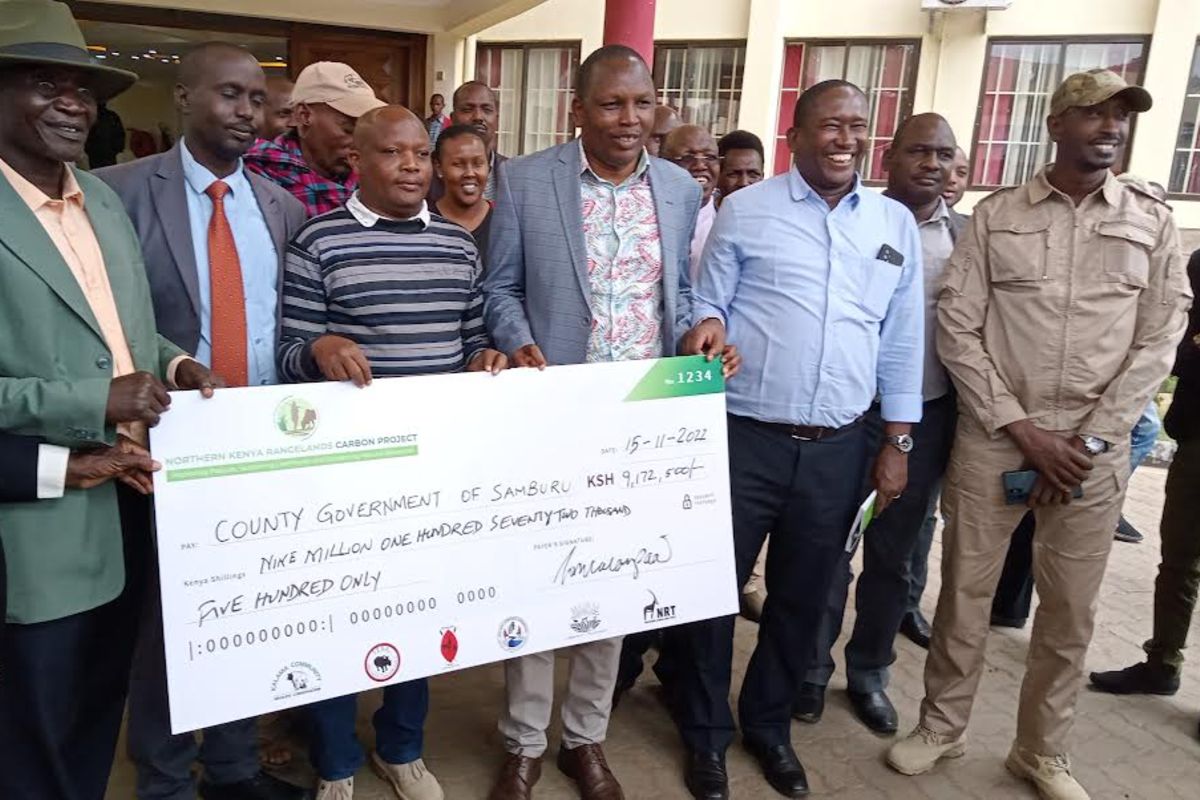 Samburu County has received Sh9.1 million in revenue, generated from the sale of carbon credits that will be used to mitigate the impacts of a prolonged drought ravaging the region.

Samburu Governor Jonathan Lelelit welcomed the revenue from the Northern Rangeland Trust (NRT), a conservation organisation in northern Kenya and some parts of the Coast region. He said the funds will help cushion struggling pastoralists who have been reeling from the effects of droughts since 2019.

Mr Lelelit said the funds will benefit thousands of pastoralists. The county will use the funds to purchase thousands of bags of cereals and distribute them as relief aid to hunger-stricken families in lowland areas.

“We welcome the revenues from the sale of carbon credits by the NRT. This is an ambitious project that is giving back to the community [while] at the same time building resilience to climate changes,” Mr Lelelit said.

He added that his administration will partner with NRT to support conservation in Samburu County, and Samburu National Reserve in particular.

The initiative works with local pastoralists to combine traditional and modern ways of grazing livestock to restore grasslands so they can capture more atmospheric carbon.

The carbon is then sold as offsets on the global carbon market to earn local conservancies sustainable income, support local pastoralists and address climate changes.

The Northern Kenya Rangeland Carbon Project wants to harvest 50 million tonnes of carbon dioxide from the atmosphere for the next 30 years. NRT Chief Executive Officer Tom Lalampaa explained that the participating conservancies received their shares and had contributions that totalled Sh9.1 million to help hunger-stricken families.

“The funds generated from the sale of carbon are usually [given] back to the communities and conservancies to help sustain their livelihoods. The conservancies then give out some amounts to help those affected by droughts,” he said.

The first carbon credits were generated in 2013 and were offered to the international voluntary markets.

Morocco looks for another upset against a deadly...

Mama Lucy Kibaki Hospital: We did our best...

SDT ruling throws spanner in the works for...