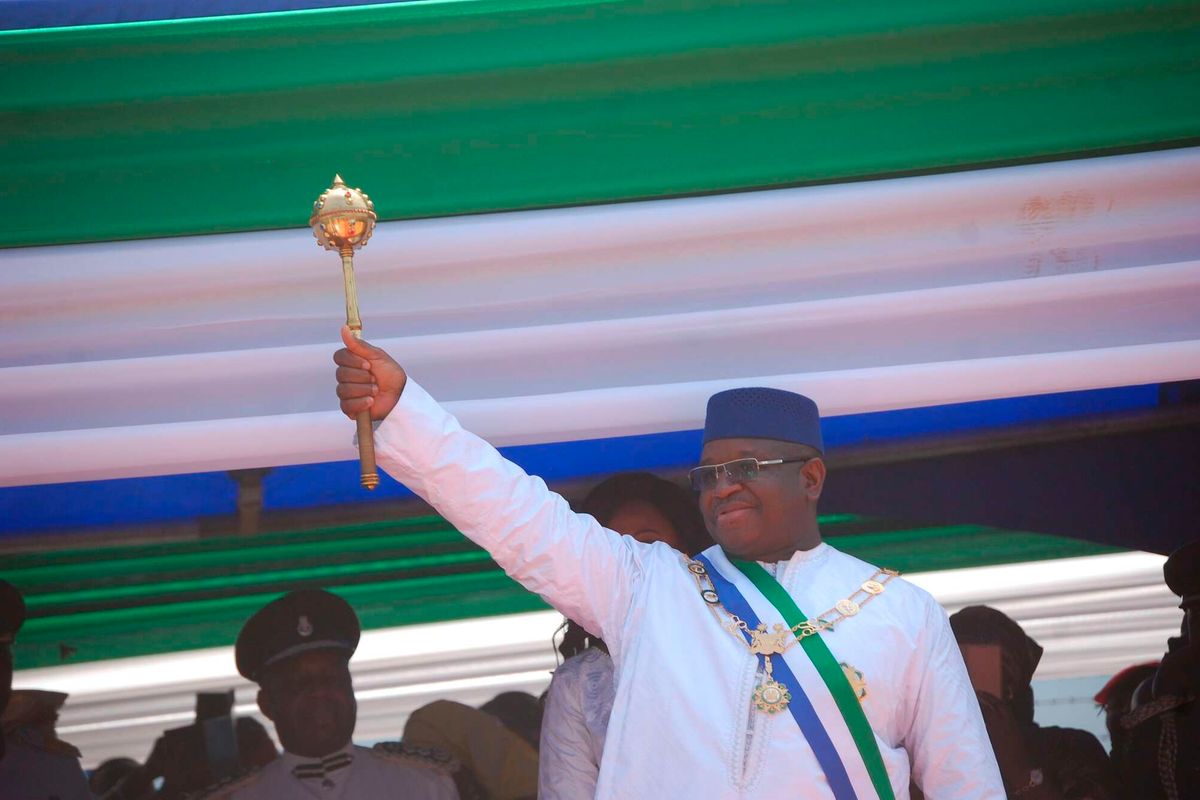 Women in Sierra Leone have a reason to smile after the country’s Members of Parliament (MP) passed a law reserving one-third of parliamentary seats for women.

The MPs unanimously passed the new law on November 15. The new legislation provides that one out of three MPs and one local councillor, should be of the opposite gender.

The bill will now go to President Julius Bio who is expected to assent it into law. Increasing the number of women in the country’s political leadership was a key promise in President Bio’s 2018 election campaign.

The Country’s Gender and Children Affairs Minister Manty Tarawalli, was quoted by local media saying she was “so overwhelmed” after parliament passed the bill.

Rugiatu Rosy Kanu, an opposition MP who is the chairperson of the Committee on Gender and Children in the National Assembly, termed the new law as one in the right direction.

“We want men and women to work together to make a better society,” the local media quoted Ms Kanu.

Ibrahim Tawa Conteh, an MP from the ruling party, while supporting the new law, said that while women make up 52 per cent of the population, only 18 of them are in the current parliament, made up of 146 members.

There are only four female members in President Bio’s 32-member cabinet.

In October last year, the Gender minister presented the Gender Empowerment Bill to parliament, which at the time she said would help “change the dynamics for women and increase opportunities”.

Among the key things the legislation seeks to change is to ensure 30 per cent of seats in Sierra Leone’s parliament and cabinet posts are occupied by women.

Sierra Leone is ranked 182 out of 189 countries on the UN’s 2020 Gender Development Index. Out of the half bottom countries in the UN Index, 20 are in West Africa.

Rights groups in the country have been up in arms over ‘discrimination against women’ as evidenced by high levels of sexual violence, partly a legacy of the use of rape as a weapon during the country’s civil war of 1991-2002.

Gender-based violence, discrimination and female genital mutilation are some of the many challenges women in the West African nation also face.

In comparison to males within the country, a woman’s “voice, visibility, participation and representation in elective and appointment positions” is substantially less.

Sierra Leone, in July, approved a bill that seeks to lift the ban on abortion in a bid to end the country’s high maternal mortality rate.

The Safe Motherhood and Reproductive Health Bill was approved and now awaits the nod of the country’s lawmakers.

If passed, it will overturn the strict ban on abortion as contained in the current law, which was adopted in 1861 before the West African country won independence from Britain.

Women’s rights groups have fought for years for reform of the colonial-era law as women face profound challenges in trying to access to maternal, abortion and contraceptive services.

Travelling across the world to share the stories of African women – GhettoRadio 89.5 FM