Some things should be kept private: Anerlisa Muigai on Diana Marua’s video 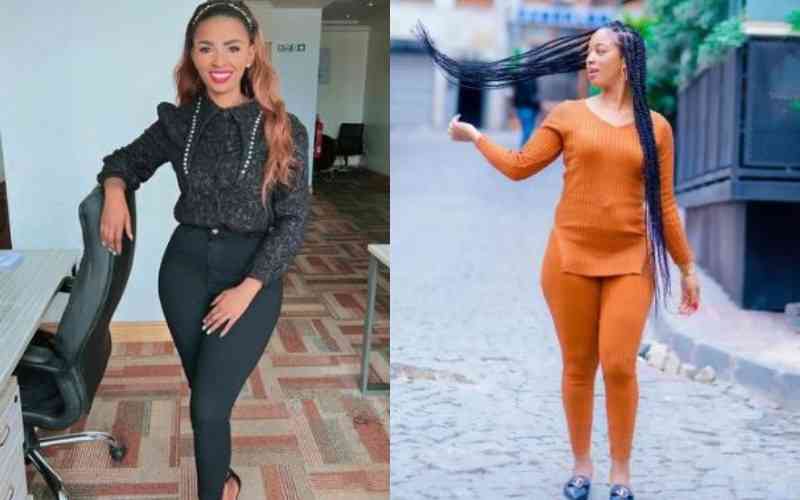 Keroche heiress Anerlisa Muigai has come out to counsel content creator Diana Marua over keeping her past experiences a secret after she openly admitted to dating multiple men for money before settling down.

Responding to a screen grab of Diana’s confession video, the businesswoman began by assuring that she admires her as a parent and means no harm by speaking her mind.

“Nothing against Diana, I am one of the people who admire her as a mum but why the need to come out now. Sad truth is that people will go straight to body count,” she said.

The NERO company founder went on to discourage Diana from airing her dirty linen in public suggesting that many people will look at her differently.

“My point of view is that, I think after being a mother and having a man who has accepted you for all your flaws, this kind of information should be kept private. Your past can sometimes get people viewing you differently even if it’s to help people and if you really want to tell a story use ‘a friend’ as reference, the message will be heard,” advised Anerlisa.

The video of Diana admitting to being a sidechick to a married man and dating multiple men for financial benefit resurfaced recently, two years after she posted it on her YouTube channel.

Responding to the new online reactions, the singer explained that she had no choice but to make the video so as to educate and encourage her fans to strive for better in life.

“Fellow Women and Girls the reason I opened up about my past in this Video is because God has lifted me as an influencer to inspire my generation. And also I strongly believe that true role models don’t only tell their sweet stories but the sad ones too. Mathew 5:14 is one of my favourite scriptures and it reminds that ‘a City on a hill cannot be hidden’. The video link is still on YouTube; watch and share with fellow women and girls with dreams of starting up their own families someday, women who desire to accomplish their God- given purpose,” she wrote.

According to Diana, she did not care about the reactions the video would bring to her online status as long as her husband was okay and her children well taken care of.

“Let them know that’s very possible. Despite knowing that the internet never forgets and the bloggers lazima waongeze chumvi … I did this video not caring how some people will say or judge me (of course I should only care about my hubby not keyboard warriors) I shared my story to testify that Jesus can make every woman’s wish come true. It pains me every time I see our young women lose hope and bury their dreams as the society makes it look so impossible but if that was Diana 10 years ago and today I’m a proud mother of 5, a wife and currently among the most followed content creators in Africa to the woman reading this do not give up, wake up and fight for your dream- your time is coming!!!” she concluded.

Olnjoni: A Maa traditional ‘condom’ for sheep and goats