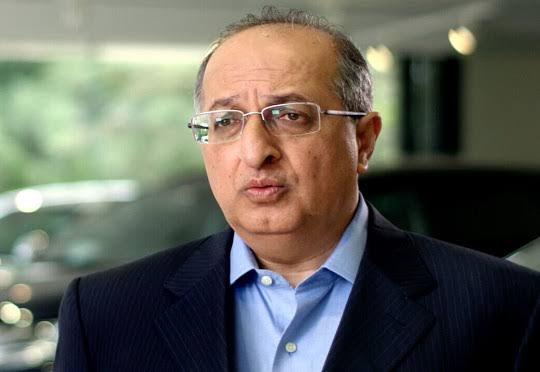 A father had a dream.

He had seen an open business opportunity and would be damned if he did not seize it, but having a dream is one thing and having a dream and the vision to actualize it are two totally different things.

In 1948, Simba Corporation- the company granted the franchise to sell different car brands in Kenya including BMW, Mitsubishi, Renault and Mahindra was just a used car dealership on Koinange Street in Nairobi.

Today, the company is worth Ksh10 billion, employs 1300 people and has diversified its portfolio from just the motor business by expanding to other sectors of the economy as well.

“When we started seeing the hard work paying off, I remember my dad and I would hold candid conversations about whether it was necessary to keep expanding considering the company’s positive growth,” Mr. Adil Popat told PwC in its Family Business Survey in 2018.

But that conversation arose much later when they had already done the hard work. The company was built from scratch.

“My father was a hardworking and disciplined man.  He worked long hours and regularly took the train 300 kilometers away to Eldoret to buy used cars for resale,”

Simba Corp is now an established brand sitting at the very top with the big boys in the Kenyan corporates money league.

In the hospitality sector, Simba Corp threatened to upset the traditional players with the building of the Olare Mara Kempinski Camp, the Villa Rosa Kempinski and Simba’s own branded hotel, the Acacia Premier in Kisumu.

Mr. Popat acknowledged the group’s hospitality business wing has been a resounding success but said the management team keeps a clear eye on risks as well as the expected benefits as it scouts for new opportunities.

“We prefer creating partnerships with strategic investors when the time comes along and according to Simba’s four pillars: motor vehicles, hospitality, real estate, and financial services. Change is inevitable,”  he said.

“We’ve seen a lot of change, especially in the motor vehicle franchises. When I took over, the turnover was modest and operations still small,” he said “These have grown steadily over time amidst fierce competition from other brands,” he added.

Now its time to prepare the next generation to take over the business.

Just as he was mentored from an early age, Adil has exposed his children to the financial, legal and strategic aspects of the business in recognition of the important role they play in influencing the group’s future.

Adil is keen to reinforce that talent in the group is supported and hard work appreciated and rewarded.

However, he stresses that the next generation should not be forced to join a family business but should earn their place in the business based on their skills and interest.

By the same token, Adil said that his family’s constitution is clear about the involvement of spouses and the wider family in the business. Where gaps would be cited in running the business, it is also clear at what point consultants would need to be engaged.

“I would want my family working together and living harmoniously, and find prestige in working for the family business. However, there are mechanisms in place for exit if family members so wished,” he said.

No longer a used car dealership, Simba Corp keeps raking in the money and appears to be in safe hands at the moment with a succession plan already in place.

Abdul Karim Popat would be proud.