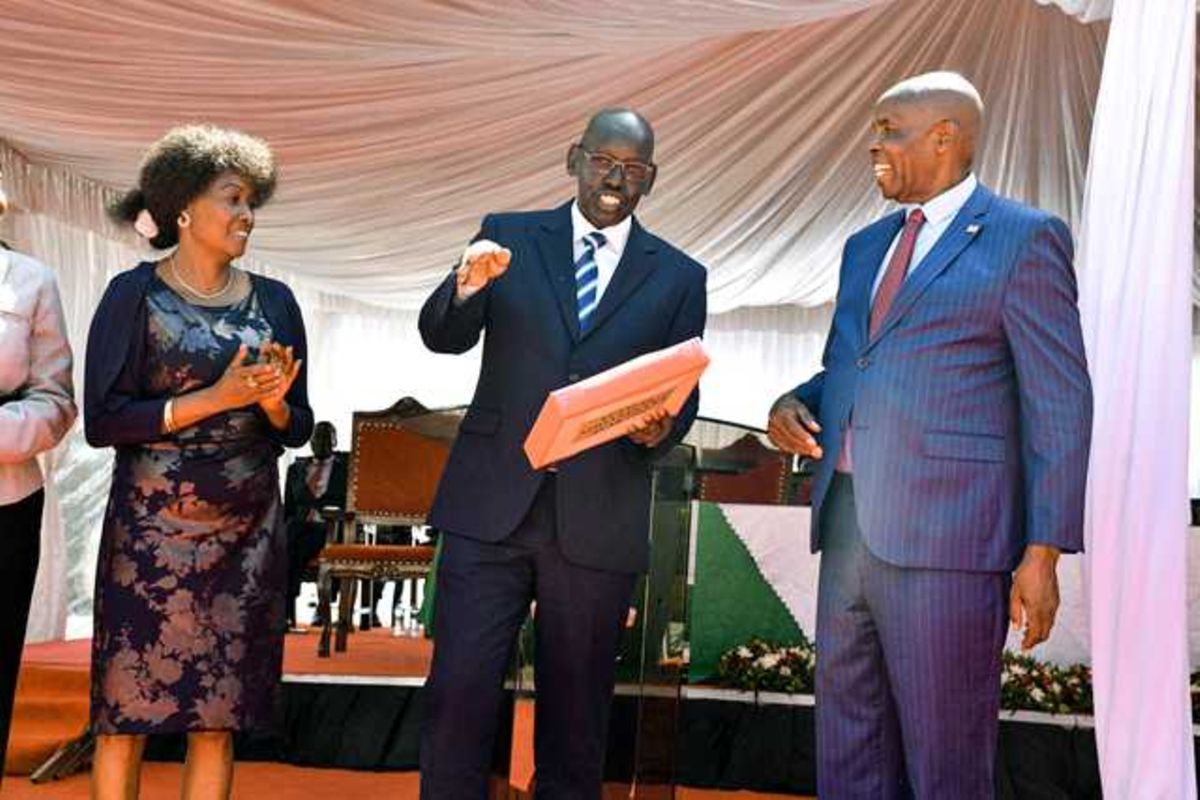 There will be more KCSE graduates joining universities and tertiary training institutions this year, following the improved performance in the 2022 secondary school final exam.

There was a general improvement in performance as those with a mean grade of D+ and above were 522,588 compared with 442,251 in the previous examination.

In a clear break from the past, however, Mr Machogu did not name the top candidate or the top grade as education policymakers strive to eliminate the ranking of students and schools from national examinations.
At the release of the Kenya Certificate of Primary Education (KCPE) examination results in December last year, the CS also did not name the top candidates or schools.

From the provisional results put together by Saturday Nation, Nyambaria High School in Nyamira County appears to have the best mean score nationally after posting a mean score of 10.8975, outperforming perennial toppers and rivals, Kapsabet Boys High School (10.1) and The Kenya High Girls High School (9.95).

Some previous top performers recorded a drop in their mean scores despite qualifying a significantly high number of students for university admission and entry to other middle-level colleges.

The top grades also appear to be concentrated in only a few top national and extra-county schools.
There are also a few newcomers to the top league and a resurgence in performance by some schools that had recently recorded a slump.

The CS directed the Kenya Universities and Colleges Central Placement Service to urgently establish the number of vacancies available in the institutions to facilitate the placement of students.

Since 2016, the government has been sponsoring all candidates who qualify for university education, but Mr Machogu was silent on the issue, only saying that there would be “enough” students for private and public universities and technical and vocational education and training (Tvet) institutions.

Mr Machogu, once again, broke from tradition by failing to give data on examination malpractices that have dogged national examinations for years. When asked about it, he only said that the vice has reduced and that culpability would be at the personal level.

Making of the examinations had been disrupted when examiners who were marking CRE Paper 1 downed tools demanding better remuneration and working conditions.

Yesterday, Mr Machogu and the CEO of the Teachers Service Commission (TSC) Nancy Macharia called for patriotism while undertaking national duties like the marking of examinations.

The Education CS, however, said teachers’ welfare will be looked into. Over the years, examiners have been complaining about low and delayed pay. Ms Macharia said that ahead of the marking, the commission had identified and vetted over 40,000 teachers.

“As teachers, it is a mark of honour and respect to be identified and recommended for the examining exercise. We should, therefore, shun any attempts to put our interests before the thousands of candidates whose future we determine through the marking,” she said.

He, however, failed to give the details of the subjects and this does also not feature in the ‘Essential Statistics’ released by the Kenya National Examinations Council (Knec).

Although there is gender parity in the candidature, more male candidates (96,876) qualified for university admission than 76,469 females. The males ran away with 875 of the total 1,146 As scored nationally. They also scored 4,445 A- mean grades compared to 1,962 females.

Mr Machogu said the government has developed a system for articulation, classification, registration, accreditation and quality assurance of national qualifications. The directive comes against a background of many Kenyans holding questionable certificates including some seeking top leadership positions.

“This will enhance the quality, relevance and authenticity of qualifications, not just locally but globally. This will also promote portability of our qualifications and mobility of labour,” said Mr Machogu.

The CS observed that all the candidates who sat the examination have at their disposal avenues for progression to other levels of education. “All these candidates have a destiny and the government is determined to clear the path for them to reach that destiny,” added the Cabinet Secretary.

One of the top candidates, Amy Sirma, who was also the students’ president at Alliance Girls High School, attributed her A mean grade score of 84 points to discipline, prayers and support from family and teachers.
Her ecstatic parents insisted that her hard work had paid off when the Nation visited their home in Rongai, Kajiado County.

“Since Form One, she has always topped her class. We had high expectations,” her father Josphat Sirma said.

Matatu operators want state to work with them...