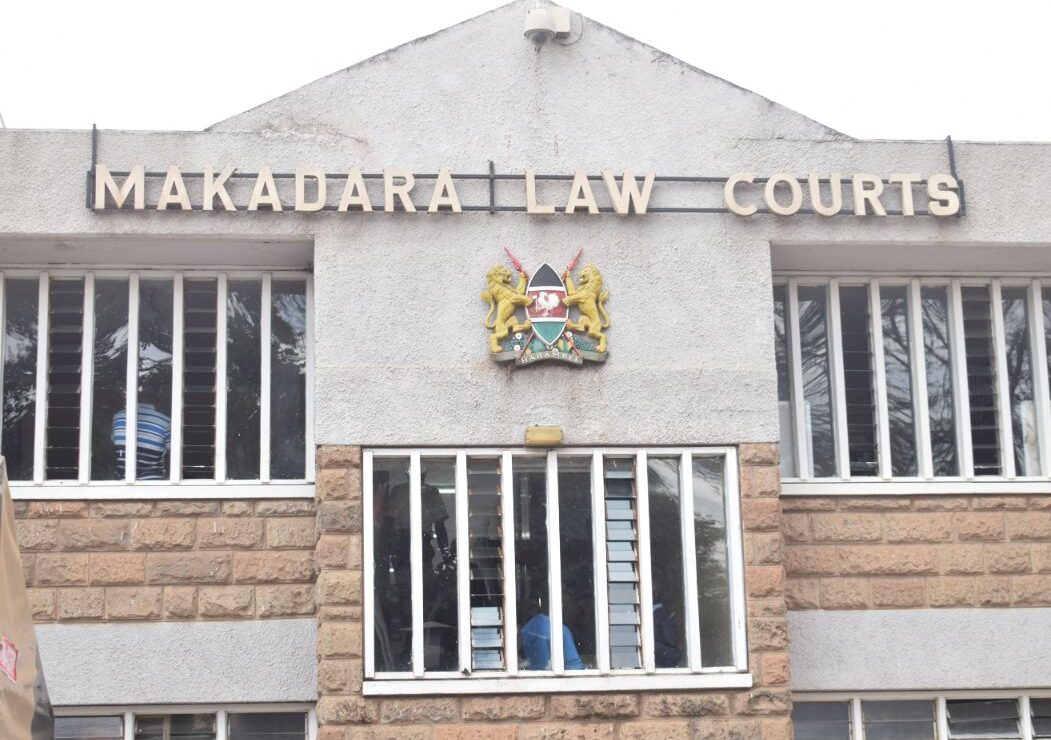 Makadara Law Courts where the suspect was arraigned. PHOTO|JOSEPH NDUNDA

A 17-year-old boy was charged with stupefying to commit a felony after administering “mchele” to a Mpesa shop attendant in Nairobi’s OTC area before stealing more than Sh70,000.

He is accused of committing the offense contrary to section 230 of the penal code on November 10 with intent to facilitate the commission of a felony – stealing.

He is accused of administering the stupefying substance to Kelvin Mwika.

The suspect was also charged with stealing, where he is accused of stealing Sh71,482 belonging to Mwika’s employer Godfrey Muriki Mutua.

He is accused of committing the offenses jointly with others, not before the court.

The suspect is facing an additional count of conspiracy to commit a felony – theft contrary to section 393 of the penal code, where he is accused of colluding with others to steal from Mutua’s Mpesa business.

Mwika was at the shop when the suspect asked for help withdrawing cash. Mwika told him off and asked him to seek help from Safaricom.

But the minor reportedly touched his hand, after which he was immediately confused.

While in a state of confusion, the accused person started giving instructions to him as he operated the Mpesa phone.

After the process, the suspect started fleeing the shop, but Mwika raised the alarm, and the members of the public arrested the suspect.

Mwika noticed that he had lost Sh71, 482, and informed Mutua. Police officers from Kamukunji police station were called in and arrested the suspect, who members of the public had restrained.

The suspect denied the charges before Principal Magistrate Agnes Mwangi of Makadara Law Courts and claimed he was a high school student.

Ms. Mwangi ordered that he be taken back to the Kamukunji police station to be escorted to Mama Lucy Kibaki hospital for age assessment before the case kicks off.

The matter will be mentioned on November 16, when the age assessment report will be tabled before the court.

The prosecution has lined up four witnesses, including Mwika, Mutua, a police officer, and a doctor at the Mbagathi Metropolitan Hospital, to testify against the minor.

Exclusive: Bahati explains why he is focusing on music after losing Mathare MP seat