Gospel kid, Peter Blessing has been trending for the past one week, basically because his boss, Bahati saw him locked up in police cells before his controversial release.

However, despite the pain and hurt, Peter Blessing, revealed that life in prison was a new, yet life-changing experience for him.

Speaking to Mpasho after his release, the youthful singer shared:

Being am a man, I had to bear life behind bars – Peter Blessing states

It hurt me so badly considering it was my first time in jail. If I was a bad person, I would have come out and taken my revenge. But there is no need for that. The truth will prevail.

However, it got interesting when the singer narrated his life in the cells, with other prisoners.

That place is for everyone you sleep on the floor but such is life. It really hurt me a lot and it made me question why someone would want to do that to me. I do not even want to think about it.

Fortunately for Peter Blessing, the prisoners were welcoming enough and loved him because of his humility and his music.

The prisoners were very friendly and we were even chatting. They were telling me that if I ever became famous they would support my music and pray for me to be better. They loved me a lot because they did not think I would stay in the cells for that long. 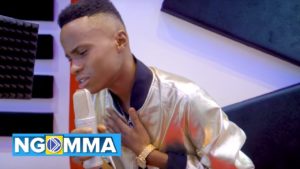 The prisoners told me, if I ever became famous they would support my music and pray for me to be better – Peter Blessings reveals

Funny enough, the same Bahati visited him in the cells, trying to retrieve as much information as he sought.

I was eating food being brought by my visitors. Bahati was also coming to visit, I would find him there and we would talk a bit. He was thinking that people had coerced me to leave EMB but I thought about leaving EMB almost 10 times. I am just trying to protect my future. People disagree and fight that is why I am not taking it personally.

H Pylori: how do you manage it?