The story of a writer and her award-winning novel 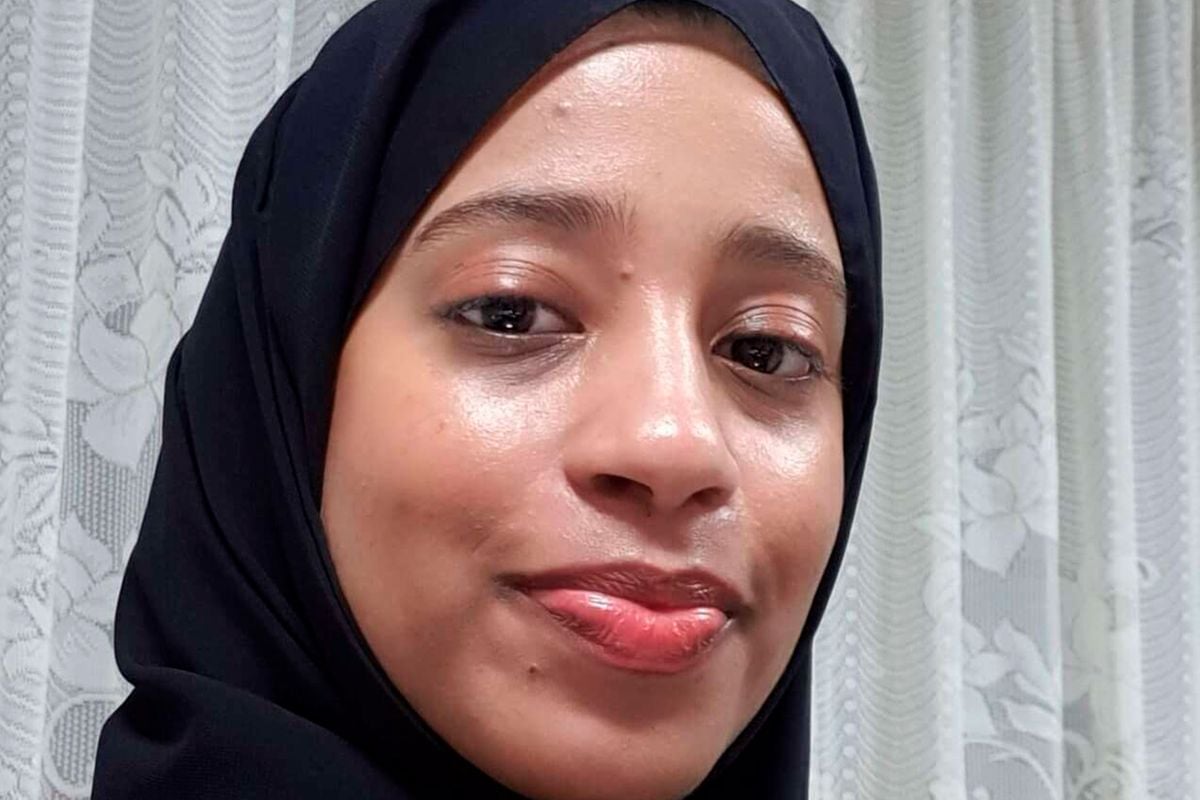 It started with a late 10 pm WhatsApp message from the local Jahazi publisher of the book, Ahmed Alaidarus last month: “Do you know Khadija could easily win this?”

The Khadija he was referring to was Khadija Abdalla Bajaber, the writer of the novel House of Rust that in 2018, won the inaugural Graywolf Press Africa Prize for debut manuscripts by writers, alongside a USD$12,000 advance.

This year (2022), the same book was up against eight others, from all over the world, for the inaugural Ursula K. Le Guin prize for fiction, whose purse is a glittering $25,000 for a single work of ‘imaginative fiction.’

The other octagon of novels in play for the prize were – Appleseed (Matt Bell), After the Dragons (Cynthia Zhang), A Snake Falls to Earth (Little Badger), How High We Go in the Dark (Naga Matsu), Elder Race (Adrian Tchaikovsky), The Employees (Olga Ravin), The Past is Red (Catherynne m. Valente) and Summer In the City of Roses (Michelle Ruiz Keil), representing a ‘United Colours of Benneton’ of competitors from the Caucasian to the Oriental to the Slav to the Latino, with Kenya/Africa represented by Khadija Abdalla Bajaber, the ‘jaber’ from Mombasa.

And few works this reviewer has read come with the imagination displayed in House of Rust, which is neither a rusty nor rustic novel, with all its galvanizing story-telling with the sea as its scenic fore-drop, although Khadija says she wrote it as a ‘novel about Mombasa.’

Indeed, it is dedicated to that sea city with the cryptic: ‘for Mombasa. I thought you were trying to kill me. It has been a privilege,’ which Khadija would clarify to us as the clash of suppression of individuality and the Hadhrami community culture – (she is of Yemeni ancestry) – and a coming of age/coming to terms, and making (her) piece from her peace with it.

As Aisha, the heroine/protagonist of her story is told by her father right at the beginning of the book – “Pay attention, Aisha. Everyone must have their share …”

Businessman Suleiman Shabal, the ODM mogul who had harboured ambitions to be Mombasa Governor, before gracefully, (and after some hard-nosed horse-trading) bowing out for its current city governor Azimio’s Abdulswamad Nassir, described House of Rust in flowery language: “It has the style of Somerset, the intellect of Le Carre, and the elegance of Anais Nin.”

Indeed, stylistically, this novel cuts to the gut, with nary a dull side scrap.

Khadija describes the story as an “adventure story of family, the direction of life, love and fantasy,” and it is the lattermost that gets us into a quixotic world of fantastical creatures.

‘The cat lowered his head, pink tongue lapping at the tea. When the cat spoke, he never moved his mouth …’

And it is in this way that we are introduced to ‘Magical Mombasa,’ county of talking cats, sea jinnis and women whom one may pick up at a club, only to wake up at dawn and peeping beneath the bedsheets, the hooves of a goat!

Khadija Bajaber is quick to acknowledge that although some people (wa bara) may think it ridiculous, she from Mombasa does believe in the world of majini.

“Whereas in America (and Western hemisphere) myths are dead things, uchawi here is real. And it is much scarier in real life than in my work of fiction …”

With her talking cats and sea monsters, she says that she has created a realm of fantasy (in House of Rust) out of the fabric of what is possible, and probable in that region of the Indian Ocean.

But Khadija says she did not do “deep research and try to sound out sources in the ‘majini’ community” to make her book more ‘real.’

“I prefer to leave that door firmly closed,” she said.

Instead, her characters like Aisha’s mother, Shida, who never appears (at least not alive) in the novel explore through fiction what is expected of a girl in certain Coastal communities in cities like Mombasa.

“A certain femininity, a closure of self, an expectation (of marriage and children), frustrating if one does not fit that mould.”

In Shida, we see a delicate flower rebelling, a disowning of self, a cutting off from a (shamed) community, the scandal that transcends generations (into Aisha) and the latter kind of ‘white washing’ (born either of guilt or relief) after a tragedy that only familial death can for/give.

Khadija herself attempts to provide a circling of the communal triangle by saying that “the pure idea of a singular culture, in-spite of ancestral inter-marriage, for example, or a closure of community isn’t right; yet one can still be deeply rooted in their community and become empowered by the love of their community,” in effect saying it is not a black/white choice – between individuality and the communal self.

In House of Rust, Hassan, the man who desires to make Aisha his bride is the “good man who can also be a prison” because even a woman’s strangeness (within these cultures) can become “forgivable through a certain domesticity coming forward, and turning the woman into a humble, satisfied wife.”

Aisha’s grandma, Hababa, represents the lonely women who work day and night to provide for their families, though the sum of their lives, to the superfluous eye, may seem a series of trifles.

And Khadija can describe feelings in poignant words that evoke both tenderness and incredible imagery – “misery heavy like cooled black lead; a sadness so deep that she felt that she would plummet forever through the very core of the Earth, through the other sky … and breach the never-ending blackness.”

Here is the kind of descriptive talent that led Mr Shabal to say that “four or five more books like this one (from Khadija) and one day Mombasa can have its first Nobel literature winner.”

There are philosophical quotes, with Judgment Day references, in the House of Rust.

“I am a scholar’s cat, a cat of the House of Rust, where I know Knowledge alone is nothing!”

And Khadija can turn a phrase like a Kalenjin propeller on propane fuel.

“The sharks became a circle again, a lazy rotation of fan propellers, licked by a hot breeze …”

There is a literal murder of crows in ‘The House of Rust’ that go by the names Old Snake, Burned One, White Breast and Gololi which are coincidentally evocative of Adipo Sidang’s Parliament of Owls.

“Every crow knew that life carried death. Death grows along life, going through the labyrinth of every creature’s body, making the body grow older …towards life’s final severing.”

And therein, for the more philosophical reader, lies the lesson from the ‘cry’ of the crow.

Khadija Abdalla Bajaber, the winner of the inaugural Ursula K. Le Guin Prize for fiction in 2022, may have told a ‘story ya jaba.’

But it is beautifully told, and fulfilled her aim of telling a story set in Mombasa, “an honest work drawn from a place (that I) didn’t need to explain, that didn’t look down on my hometown, but instead drew from its legendary culture.”

Indeed, as the literature-loving business mandarin Suleiman Shabal put it, “a city’s refinement is defined by its culture.”

Going by that standard alone, Khadija Bajaber has put Mombasa on the region, and the world’s literary map, outside of its Western mentions in literature as the mere sun, sand and fun, even when in the best of contexts such as Jennifer Egan’s short story ‘Safari’ (2010) – itself worth a read from The New Yorker archives. As for House of Rust, it is available at the Prestige Bookshop on Mama Ngina street.

An exciting wilderness right by the beach in Diani

Influencer Miss Mukai: “Splitting bills with a man, is a no-no’