The two dead teenagers haunting Ahmed Rashid from their graves 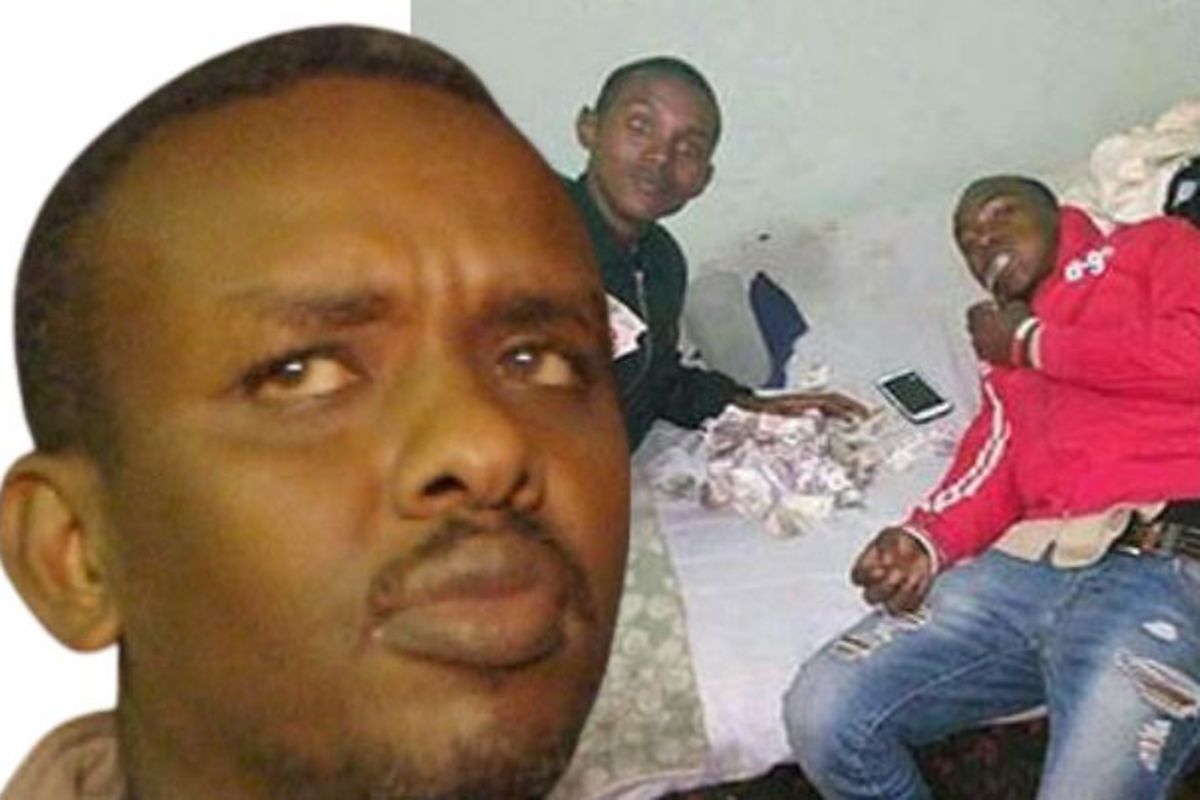 It was supposed to be a brief encounter between two suspected criminals and the then powerful crime buster, Ahmed Rashid.

Mr Rashid was an officer at the Pangani Police Station.

An amateur video made the rounds on social media showing Mr Rashid, dressed in a maroon T-shirt, shooting at two unarmed robbers whose hands appeared handcuffed behind their backs.

The teenagers were later identified as Jamal Mohamed and Mohamed Dahir Kheri and were suspected of engaging in crime.

In the footage, an officer is seen arguing with a man in front of a crowd after which he pulls the man towards him.

Moments later, shots are fired and the man is seen lying on the ground, lifeless.

The officer then signals to a colleague, another policeman, to give him his gun.

He stands over the suspect, with one foot on his back and shoots him.

The footage later shows two young men lying lifeless. That was back in March 2017.

Fast-forward to Thursday, November 24, and Independent Policing Oversight Authority (Ipoa) chairperson Anne Makori identified the officer as Ahmed Rashid, revealing that he will be charged with murdering Mohamed and Dahir.

The Nation has also established that police started chasing the duo after Dahir, who was a member of the Super Power gang, posted a photo of himself on Facebook wearing a police jacket that was alleged to belong to officer Abdi Aziz, who had been killed by gangsters.

The slain officer was part of the crack unit known as the Pangani Six that was headed by Mr Rashid.

In a series of photos posted on Facebook in 2017, Dahir was seen dressed in a police combat jacket and cap.

Police at the time said the gangsters also made away with Aziz’s firearm after shooting him.

It was then that a manhunt for the two suspects, whose photos showing them in police uniforms had been circulated in Eastleigh and Mathare WhatsApp groups, kicked off.

Three days after the incident, Mr Dahir Robe, the father of Mohamed Dahir Kheri, admitted that his 16-year-old son was a petty thief.

He said the boy engaged in petty criminal activities and that his days were numbered.

Mr Robe also pleaded with the authorities to release the body of his son for burial.

“He never used to carry a knife or a gun loaded with bullets. But, yes, he was a petty thief, a pickpocket. I am pleading with the government to surrender his body to us for burial according to Islamic practice,” he told the media.

The Nation is in possession of photos that show the two teenagers displaying loads of cash as they lay on a bed chewing khat.

Ipoa on Thursday said it had established that deaths were caused by police actions.

Guided by Section 29 (a) of the Ipoa Act, the findings were forwarded to the Director of Public Prosecutions with the recommendation to charge Mr Rashid with murder.

“[Ipoa] concluded the investigation into the deaths of Mr Jamal Mohamed and Mr Mohamed Dahir Kheri following a shooting which occurred [in] Eastleigh, Nairobi County, on March 31, 2017, and established that the fatalities were occasioned by police action,” said Ms Makori, the Ipoa chairperson.

Mr Rashid is expected to plead to murder charges on December 8.